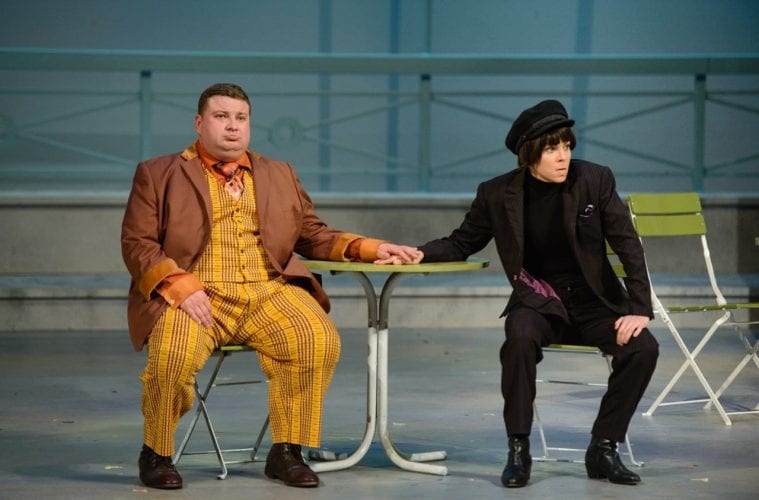 The Georgia Shakespeare theater group announced today it is closing down, unable to raise enough money to overcome a budget crisis that forced the troupe to cancel its first scheduled production of the season, Henry V. The company had hoped to resume operations with a production of Holiday Panto scheduled for December, but was unable to obtain funding to keep its doors open.

“While we were heartened by a strong wave of moral support, the reality is that we were unable to secure the funds required to create a sustainable path forward. Consequently, we came to the sad conclusion that we needed to cease operations,” said board chairman Daniel Norris. “We apologize to our patrons for having to cancel Henry V and Panto, and we thank all our loyal supporters who have backed us so generously over the past 29 years.”

According to its website, Georgia Shakespeare carried a “sizable debt” and a campaign to erase the deficit failed to raise enough money. The troupe had announced it needed to raise $750,000 to stay in operation.

“Over the past several years Georgia Shakespeare has met or been under budget for expenses every year,” the website said when it announced the cancellation of Henry V. “We have operated in the black for four out of the last five years. We have restructured our business model to reduce expenses even further. Despite all of those efforts, we are out of cash and cannot proceed with our fall production of Henry V.”

The company focused on raising money over the past months but couldn’t gather enough funding to continue. “We made great progress in recent years in creating a sustainable business model, but our lack of operating capital made us extremely fragile financially,” said Jennifer Bauer-Lyons, managing director. “Many people have fought heroically to enable Georgia Shakespeare to keep producing world-class theatre with great local artists, but ultimately we were not able to attract the operating capital required for us to operate as a healthy organization.”

Georgia Shakespeare was founded in 1986 as a summer festival. Ironically, 2014 was one of its most successful years. More than 5,800 people attended its production of As You Like It at Piedmont Park in just five days, with 1,642 people setting a single-show attendance record. During the critically acclaimed production of the British comedy One Man, Two Guvnors, the company also attracted its first sell-out of the expansive Conant theater in many years.

But ticket sales only accounted for 30 percent of the troupe’s revenue, and the theater was unable to make up the difference in donations to eliminate its debt and pay for operating costs.

Cofounder and producing artistic director Richard Garner expressed appreciation to Georgia Shakespeare supporters. “I am indebted to the artists, staff, board, funders and ticket buyers who made up Georgia Shakespeare over 29 years. Together we created a body of work of which we can all be proud and I feel very optimistic that the legacy of this theatre company will live on through the work of GS artists and staff members who continue to flourish throughout the rest of the Atlanta cultural community.”

(Check back for updates.)