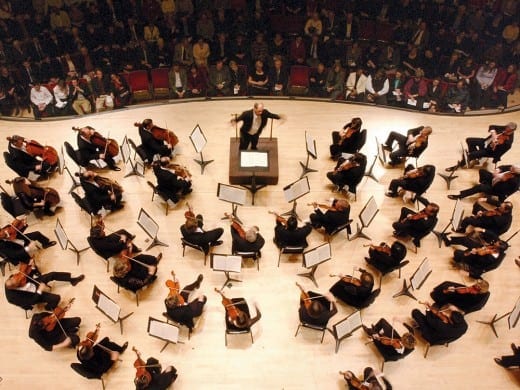 The four-year deal that was negotiated in 2014 was set to expire in September, and this year’s early agreement is a show of harmony that stands in stark contrast to the protracted and acrimonious lockouts of musicians that marked the end of contracts in 2012 and 2014.

“I am extremely pleased with the process and the outcome,” ASO executive director Jennifer Barlament said in a press release. “The team approached this negotiation in a remarkably collegial and collaborative manner, working together towards an achievable compromise that offers both artistic progress and financial sustainability.”

The new agreement will include increases in compensation totaling approximately three percent annually over the three-year period. In addition, the agreement will reflect changes to the orchestra’s work rules.

During the term of this extension, the orchestra’s complement will remain unchanged. In the contract agreement reached in 2014, the ASO agreed to raise $25 million for the Musicians’ Endowment Fund to restore and fund 11 positions in the orchestra. The ASO exceeded the $25 million goal and completed the campaign two years ahead of schedule. Auditions are in process to fill the final positions to raise the complement to 88 full-time musicians.

The ASO said in its press release that the agreement was made possible due to the strong financial performance of the institution over the past four years, along with the generosity of an anonymous donor who stepped forward with support for the compensation increases.

The agreement marks a renewed sense of collaboration and trust between musicians and the ASO leadership, and negotiations were quietly conducted over the past several months.

The negotiations became so vitriolic that then-ASO president and CEO Stanley Romanstein resigned, saying his leadership would be “an impediment to our reaching a new labor agreement.” The musicians were locked out of Symphony Hall for nine weeks and the season did not open until November 13.

Music director Robert Spano took the rare step of speaking publicly about the proposed cuts, saying there are “artistic lines that cannot and must not be crossed.”

This year’s agreement arrived without any public drama. “The entire ASO team, from the musicians to the artistic leadership to the board and staff, have together risen to the challenge of moving the orchestra to the next phase in its evolution so that we can continue to reflect Atlanta’s growing international profile,” said Barlament.

ASO board chair Howard Palefsky, who was on the negotiating committee, said the agreement reflects the orchestra’s growing financial stability. “In order to come to this agreement, it was necessary to take a leap of faith,” he said. “Our ability to afford this agreement depends on the support of generous patrons and donors. We have seen strong growth in earned revenue . . .  [but] there is still work to be done. We will need the support of the Atlanta community to continue to build and strengthen the institution.”