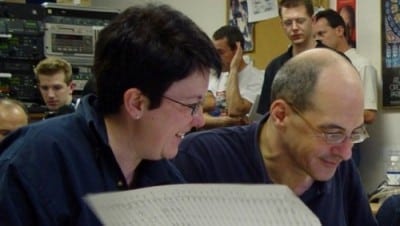 The Atlanta Symphony Orchestra has announced the creation of its own recording label, ASO Media. The new label has three debut recordings already in the can, and these are slated for release in the coming year, to be distributed by Naxos and major download sites such as iTunes. 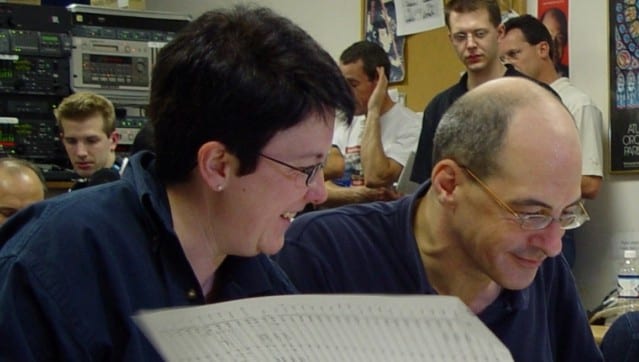 The first ASO Media release, scheduled for February 22, holds two ASO commissions: Jennifer Higdon’s “On a Wire,” with the new-music ensemble Eighth Blackbird as soloists, and Michael Gandolfi’s “Q.E.D.: Engaging Richard Feynman.” Both these works were given a world premiere and recorded (and reviewed here) in June. The second, for the spring, is Christopher Theofanidis’ “Symphony” — another ASO commission — paired with Peter Lieberson’s “Neruda Songs,” sung by mezzo Kelly O’Connor. The third, for fall 2011 and timed to promote an ASO performance at Carnegie Hall, is an all-Rachmaninoff disc with the “Symphonic Dances” and Piano Concerto No. 3 with Garrick Ohlsson as soloist. All three are conducted by ASO music director Robert Spano. (In photo: Higdon and Spano during a recording session.)

In recent years, despite the collapse of the major classical record labels, the ASO has been one of the most recorded orchestras in America thanks to its 34-year partnership with Telarc International, a Cleveland-based audiophile label. The ASO and its chorus, on Telarc, won a slew of Grammy Awards, and those recordings have helped boost the orchestra’s national standing. When Telarc was sold to the Concord Music Group, however, that relationship came to an end. The last official ASO Telarc recording included Jennifer Higdon’s “The Singing Rooms” and Alvin Singleton’s “PraiseMaker”; it came out in September.

The new label’s producers are Elaine Martone and Michael Bishop, whose new company, Sonarc, emerged after Telarc was consumed by Concord. So, in essence, ASO Media will continue the same recording patterns, and with the same people, as before. The main difference is that the Telarc-as-middleman component has been eliminated, with the ASO itself stepping into that role.

With recordings costing $100,000 or more per disc to produce, and with the ASO’s debt headed toward $8 million, some might question whether this new project is fiscally sensible. Under the Electronic Media Agreement between the ASO organization and its 95 unionized musicians, the players receive no royalties for recordings, just a fixed fee for session work. There’s a strong argument to be made that recordings are part of the ASO’s core mission and that making them is not something to sacrifice, even in hard economic times — akin to the concerts themselves. 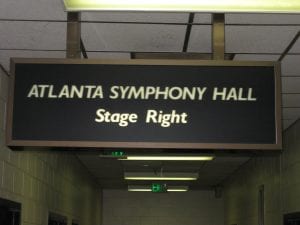 And the ASO now can record repertoire according to its own ambitions and strengths, rather than to fill holes in the Telarc catalog. Thus the first batch of ASO Media recordings are drawn from its commissions and world premieres and from Spano favorites such as Rachmaninoff’s “Symphonic Dances.”

But the ASO has come late to the party, for better and worse. It joins countless other orchestras, opera companies and chamber ensembles in self-releasing its recordings. Among the most productive and critically lauded do-it-yourself labels are those from orchestras in San Francisco, Chicago, Boston and London (the excellent LSO LIVE label). Some in-house labels pull from historic live performances, such as England’s Glyndebourne Opera.

In fact, the ASO, because it hung onto the Telarc relationship until this year, is now in a position to play catch-up. The tech-savvy San Francisco Symphony, for example, has already branched out into audio recordings (a complete Mahler cycle) and video (the award-winning “Keeping Score” educational series) with a deluxe, interactive website that ties it all together. But coming late to the party also means ASO Media has the benefit of learning from others’ successes and missteps in technology, distribution and expectation.

I’ll start nominating works for consideration for release on ASO Media. How about Beethoven’s “Missa Solemnis,” which the ASO will perform in January, conducted by Donald Runnicles and with the ASO Chorus and a starry vocal cast:  Christine Brewer, Karen Cargill, Thomas Cooley and Eric Owens? That show has Major Release Grammy Winner all over it. Any others?