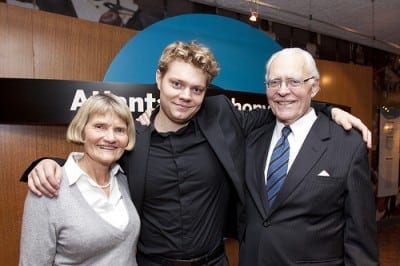 Searching for a concertmaster since June 2008, the Atlanta Symphony Orchestra has been publicly auditioning candidates all year and settled on three top candidates this past fall, each of whom performed in several concerts with the orchestra at the head of the violin section.

The ASO and music director Robert Spano have picked 25-year-old Norwegian-born violinist David Coucheron. He replaces violinist Cecylia Arzewski, who served as the orchestra’s most prominent member for 18 years.

Coucheron boasts an impeccable pedigree, with degrees from Philadelphia’s Curtis Institute, New York’s Juilliard School and London’s Guildhall School of Music and Drama. He studied with master violinist Aaron Rosand and has performed solos with esteemed ensembles — including the BBC Symphony Orchestra and Oslo Philharmonic — and has worked with many of the top conductors in the business. He’s made two recordings, one with his sister Julie, a pianist. That album is titled “David & Julie,” pictured below:

“Mr. Coucheron impressed us all through this long and detailed search process,” said Spano in a statement. “It is very exciting to have such a vital and dynamic talent join us. We eagerly anticipate welcoming him to Atlanta.” 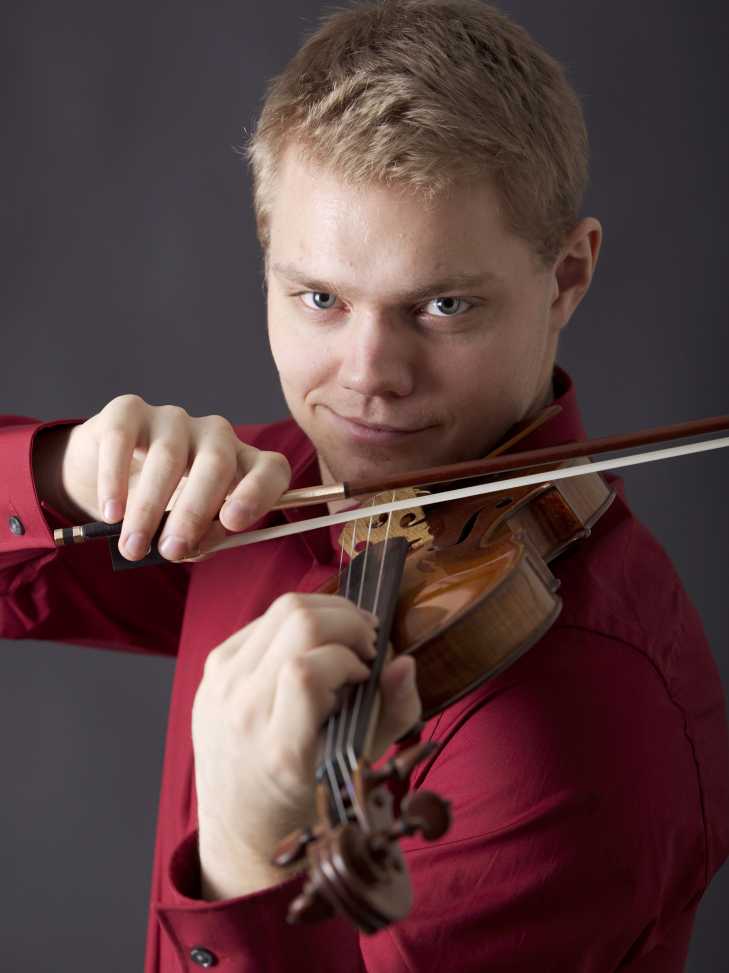 A concertmaster is usually an orchestra’s best violinist. By tradition, he (or she) is a liaison between the conductor and the rank-and-file members of the orchestra. He helps implement a conductor’s wishes by coordinating the violins and other strings sections, and he usually gets to play a solo concerto with his colleagues each season. Like the quarterback of a football team, the concertmaster plays a unique leadership role. By the strength and integrity of his playing, and by his on- and off-stage disposition, he can shape the sound and morale of the entire ensemble.

“I am just delighted for David,” said Rosand. “David worked with me for five years at the Curtis Institute. He is a gifted and thorough musician, and resonates qualities of leadership, presence and a very gentle character with a wonderful demeanor. I think David is the ideal person for this position, and I know the ASO’s audience will love him.”

Coucheron, who plays a 1725 Stradivari violin, will take up the ASO post in September 2010.