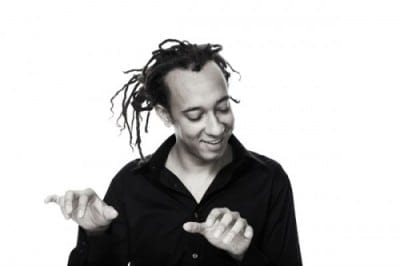 Ninety Miles featuring Stefon Harris, David Sanchez and Christian Scott, trumpeter Sean Jones and local singer Audrey Shakir also are scheduled for the free event. George Duke, Marcus Miller and David Sanborn will perform a ticketed concert at Chastain Park on May 30 with opener Trombone Shorty. The lineup for this year’s festival moves away from the recent smooth-jazz programming and toward a straight-ahead jazz sound. 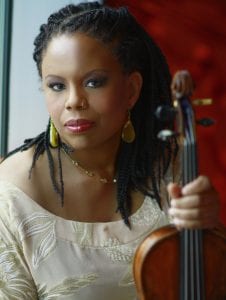 Local saxophonist Mace Hibbard, who first performed at the festival in 2008 as a winner of the now-defunct Future of Jazz competition, was impressed with the festival’s acts. Hibbard won’t be performing this year, but he co-directs the Rialto Jazz for Kids All Star Big Band, which is slated to play at some point during the weekend, he told me.

“[The lineup] is a good collection of straight-ahead and contemporary, both young and more established stars, and some Atlanta representation,” Hibbard said. “I think it’s the best lineup in years.”

Nnena Nchega of the Office of Cultural Affairs said this year’s increased emphasis on straight-ahead jazz is by design. “Our festival is one of the last free music festivals that celebrates jazz in its purest form,” she said. “The Atlanta Jazz Festival will continue to cultivate the legacy of classic jazz.”

Jazz pianist Gerald Clayton will be a headliner at the 2011 Atlanta Jazz Festival.

The full lineup and schedule will be released March 4 on www.atlantafestivals.com. Additional programs surrounding the main event include the 31 Days of Jazz initiative and a neighborhood jazz concert at John A. White Park on Cascade Road, Nchega said.

Officials also will introduce saxophonist Mike Phillips as the festival’s first-ever ambassador and will detail educational workshops to be held throughout the weekend.