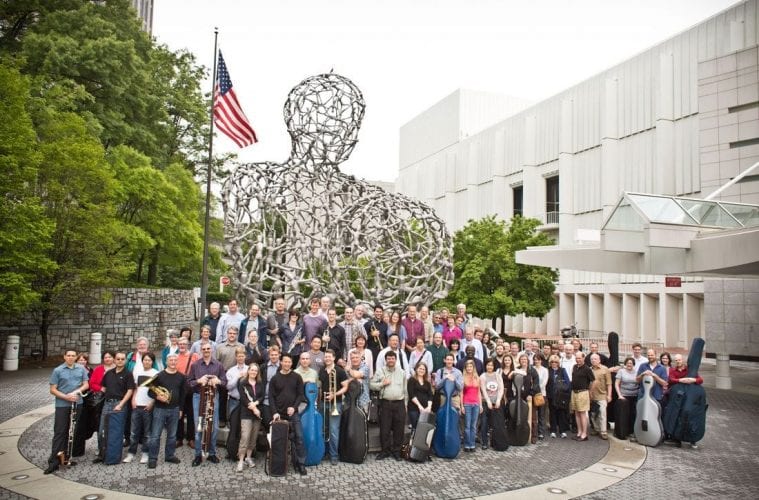 News: Is ASO lockout over or here for an extended run? Answer comes in vote today 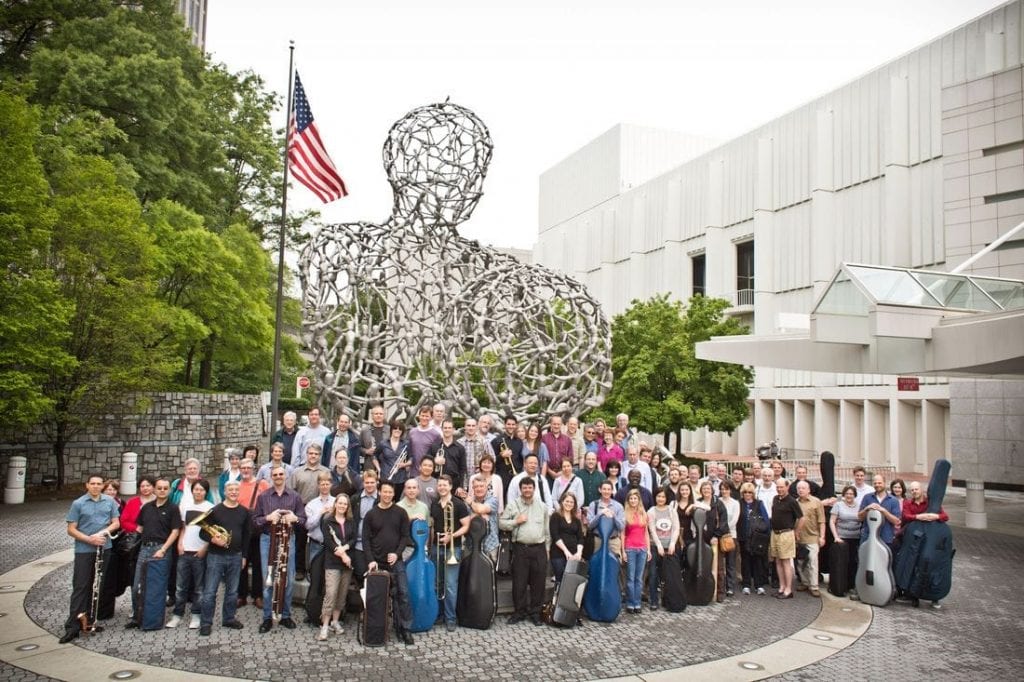 Included in the plan before the ASO musicians is the elimination of the summer season.

The full membership of the locked-out musicians of the Atlanta Symphony Orchestra will decide today whether to ratify a new collective bargaining agreement that would cut each one’s salary by about $20,000 a year.

The proposed contract is largely the same management offer that was rejected in late August by the eight-member negotiating committee of the Atlanta Symphony Orchestra Players Association.

Christina Smith, the orchestra’s principal flutist and a member of the negotiating team, said the decision to have a ratification vote came after a late-night meeting Monday between the musicians union and ASO officials that showed little movement.

With the orchestra’s new season scheduled to start October 4, Smith said it was time to put the proposed contract to a vote of the entire membership. “It’s a collective bargaining agreement, and they are the ‘collective,’ ” she said Tuesday evening. “We’re about to run into the season. It’s not for the eight players on the negotiating committee to decide whether the rest of the collective will be unemployed for an even longer period of time. It’s time for the collective to say what they’re thinking.”

Negotiations between the ASO and the union that represents its musicians broke down after a tentative agreement was rejected by the executive board of the Woodruff Arts Center, the ASO’s parent organization. The two sides were $600,000 a year apart when the musicians’ contract expired August 26 and they were locked out of their Woodruff facilities. On August 31, their health benefits were canceled.

The last ASO work stoppage was a strike in 1996, and it lasted 10 weeks before a new agreement was reached.

The orchestra has accumulated an estimated $19.8 million in debt since 2003. ASO President and Chief Executive Officer Stanley Romanstein has said it ran a $4.5 million deficit in fiscal year 2012 and that it’s expected to grow in 2013. The union contends that the actual deficits for those two years are less than half that amount.

ASO management insists that the musicians must accept $5.2 million in salary concessions over the next two years. Smith said the union has agreed to the reduction in pay but contends that ASO management and senior staff should agree to corresponding salary cuts and cost reductions to attack the deficit.

If approved, Smith said, the agreement would also eliminate the ASO’s summer season, reducing the symphony to a 42-week orchestra.

Reached Tuesday night, Melissa Sanders, the ASO’s senior director of communications, said Romanstein had no comment beyond what he said last week: “Conversations have been taking place between Atlanta Symphony Orchestra management and the musicians’ union over the last few days. Because this is a very crucial moment in the negotiations, I am unable to discuss any further details at this time.”

Smith said the musicians are not happy with the terms of the agreement, which means a 15 percent pay cut. They understand that the ASO has serious financial issues, she said, but don’t think they should bear the full brunt of reductions. The last union proposals have included language that would require that management and senior staff take equal pay cuts. “These are incredible concessions, the most concessions in the history of the orchestra,” Smith said. “We’ve given them the entire salary concessions; we’ve given them everything.”

Those terms were rejected by the Woodruff board, which gave the ASO no room to negotiate. “The symphony obviously has problems and we want to be part of the solution,” Smith said. “But their refusal to match our salary reductions is a very bad statement by our institution. The senior staff is taking only a 6 percent cut.”

The musicians will vote electronically and the voting deadline is late this afternoon.

These are hard times for symphony orchestras. Several across the country, like Atlanta citing financial difficulties, have had protracted labor talks.

In Chicago, the new season was supposed to begin Saturday evening. Instead, according to the Chicago Tribune, the musicians rejected the final management proposal and went on strike two hours before the planned concert. While the proposed contract would have included slight pay raises over three years, the musicians were asked to increase their health benefit contribution from 5 to 12 percent.

On Monday evening, the musicians in Chicago reached a tentative agreement with management.

In Indianapolis, three weeks of concerts have been canceled after the Indianapolis Symphony Orchestra locked out its musicians on September 2. According to the Indianapolis Star, the orchestra has made an even more dramatic demand. The musicians would go from a 52-week to a 36-week contract, along with a reduction in weekly pay.

The Minnesota Orchestra and the St. Paul Chamber Orchestra are also in the midst of intense labor negotiations with agreements set to expire at the end of this month.

The website for the MO musicians reported no progress during a negotiating session on Monday. The musicians there say the cuts proposed by management would “irreparably damage the artistic integrity of the orchestra.” In St. Paul, a union counterproposal was rejected Monday by management, and the two sides remain far apart.