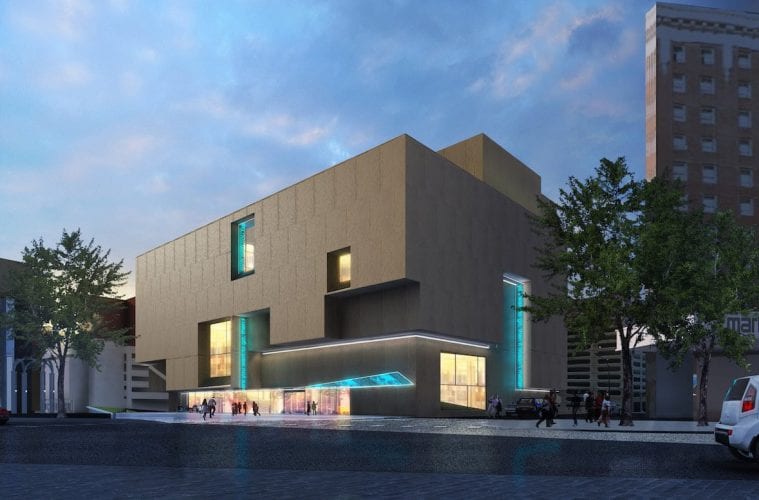 When the Fox Theatre was threatened with demolition in 1974, Atlantans — and performance artists from across the country — came together to fight for the preservation of the facility. Oozing with opulence, a stunning relic of a bygone era, it was easy for people to see why the building deserved to be saved.

However, the preservation momentum in Atlanta was fleeting; the city’s Carnegie Library was not afforded the concern three years later, when the grand classical building was demolished in order to construct a new library facility.

In the last few months, Atlanta has found itself at a familiar juncture, grappling with the future of the “new” library, now 36 years old. Marcel Breuer’s monolithic library in downtown Atlanta, however, is hardly loved by all; Brutalism is a tough architectural style for many to stomach. Many politicians, including members of the Fulton County Commission — the group that oversees the library — called for the replacement of the building.

While the issue actually stems back to a 2008 referendum, the issue was brought back to the forefront earlier this year when an article surfaced, sending rumors of possible demolition of the building to the surface. The Fulton County Commission and Atlanta City Council fanned the flames through jumbled discourse and lack of transparency, which galvanized a growing vocal movement of concerned residents. 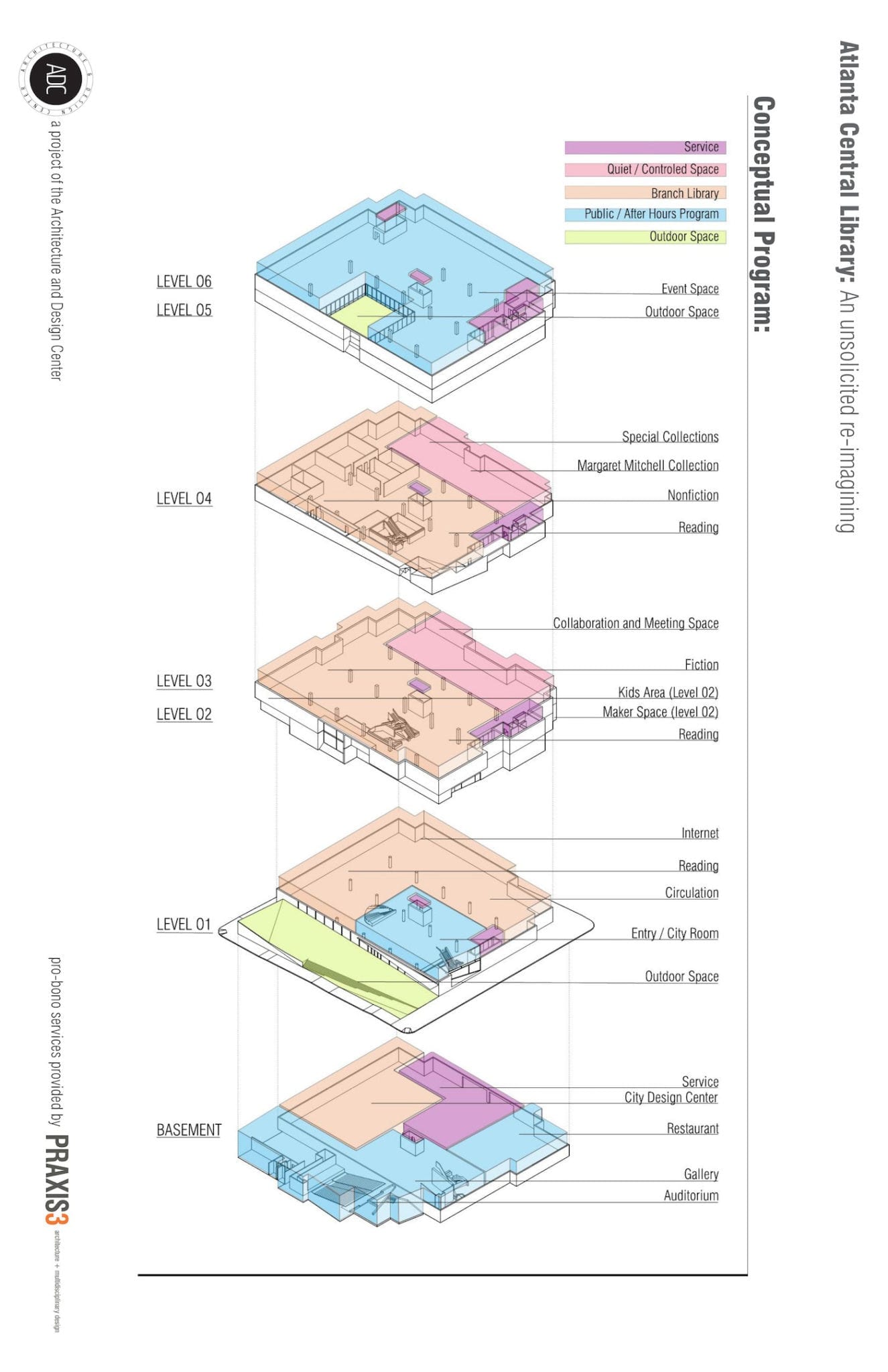 Recently, the community pressure for preservation has been outstanding, with people turning out in force to meetings of not only the Fulton County Board of Commissioners but also the library board and even city council meetings. At a Commission meeting in June about the library, 55 city residents spoke, with 52 in favor of retaining the existing building.

It is important to note that no one is arguing that Atlanta does not deserve a better Central Library than the facility that it has now. Between deferred maintenance, unsympathetic renovations, and general neglect, the building is merely an antiquated repository that doesn’t come close to meeting today’s needs for a facility, or the lofty ambitions of the library’s new director Dr. Gabriel Morley.

However, for many — especially those who are making the decisions — the concepts of creating a facility worthy of the city and retaining the building have been two entirely separate and diverging concepts.

Now the politicians seem to have changed their tune to align more with the prevailing public opinion — or at least the opinion of those who have expressed their concerns.

Enter the Architecture and Design Center, a nonprofit headed up by local architectural practitioners, whose mission is to encourage good design in the city.

Atlanta-based architecture firm Praxis3 released conceptual renderings of a modern intervention in the library via the Atlanta Architecture and Design Center. The initiative was started long before the tune of politicians had changed to one of preservation. The idea behind the drawings was simple: show that the building can be beautifully and usefully reused.

The drawings are conceptual representations of what could be done, meant to highlight the embodied potential of the building. The plans roughly align with the recently released ambitions of the Fulton County Commissioners, which include an overhaul of about 60 percent of the building to create a new library facility in the old shell, with the remainder of the library being turned over to other functions. Preliminary estimates put costs for the endeavor between $40 and $55 million.

Before the project actually gains traction, there will need to be substantial study of what the new facility will need in order to fulfill the lofty ambitions of a state-of-the-art facility. The process will involve citizens, library staff, the Fulton County Commission, designers, and expert consultants who know how to best create the world-class library the city deserves. The Fulton County Board of Commissioners will be discussing the fate of the library in their regular meeting today, Wednesday, July 20.

This is hardly the end for preservation advocates and design professionals in the city: soon the real work will begin.

While the future is unclear for now, the fact that the discussion has evolved from one of demolition to one of adaptive reuse is a testament to a changing, maturing city.