Bob Farley, an icon of local theater, reflects on his 25 years at Roswell’s Georgia Ensemble

As he was putting together his 25th season of programming for Georgia Ensemble Theatre, Robert Farley — the artistic director and cofounder of the Roswell-based company — came to the slow realization that it would be his last. The time had simply come for him to step down, which he will do when the 2017–18 season has ended.

It wasn’t an easy decision, but Farley felt it was the appropriate one. “I realized there were other things I wanted to examine and do in life, both inside and outside of the theater,” he says. “I have been running theaters for almost 45 years and it was time to take it down a notch and slow down a little. I am not burned out, but after all this time, I feel it is important to know when it’s time to move on to another generation.”

His theater career, even before Georgia Ensemble, has been distinguished. Farley started off a stage manager and was trained at the Pasadena Playhouse in the late sixties. He landed a plum gig right away with APA-Phoenix Repertory Company, the only rotating repertory company on Broadway, an ensemble of 41 actors, directors and designers. “I got to stage manage Helen Hayes and John Cullum and the list goes on and on,” he says. “That is extraordinary when you are 21.”

His path led him to acting in Hair in Los Angeles and then to directing. Through a colleague, he met a production manager at the Alliance Theatre. Farley was asked to come help “fix the theater” and served as a resident director from 1971 to 1974. He later moved to Los Angeles and then accepted a job with Alaska Repertory Theater, but after a decade, he came back to Atlanta as the Alliance’s artistic director in 1987. 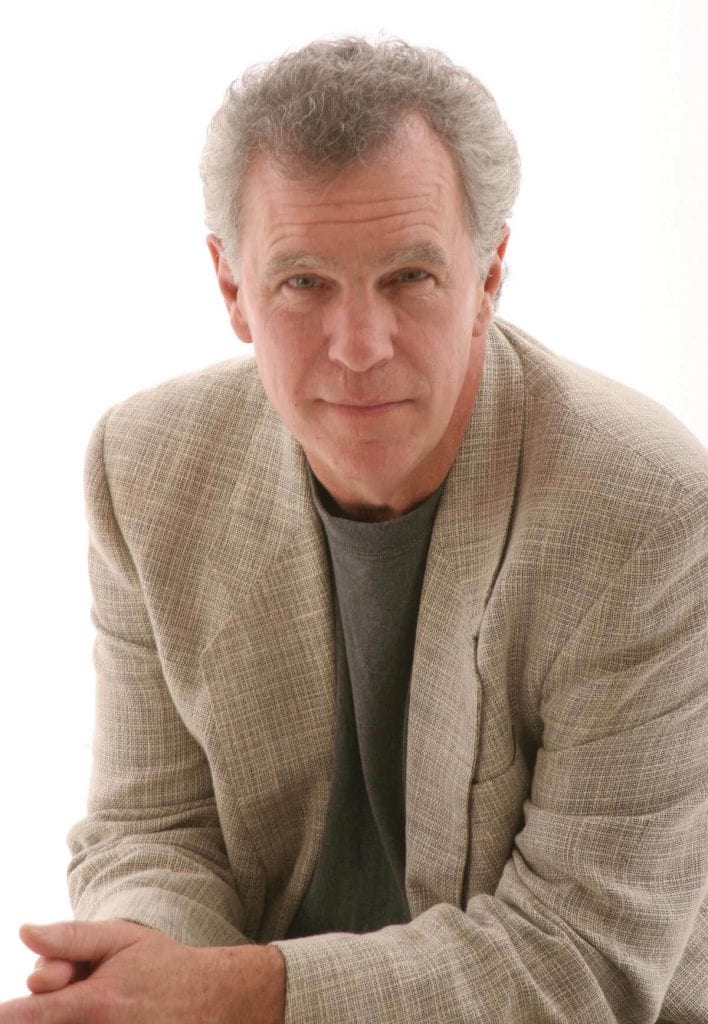 During his tenure, he helmed Driving Miss Daisy, a monster success which he toured the world with. Other highlights included producing the musical The Gospel at Colonus with Morgan Freeman and a 1988 production of Candide that he recalls was “kind of brilliant.”

Just as important, though, was rebuilding the audience. By the time he left in 1990, the theater had 20,000 subscribers.

When he departed the Alliance, he remembers that audiences reacted strongly, as did the artistic community of Atlanta. That ultimately led him to stay put. “I was going to leave and go back to the West Coast, but I stayed because of the artists I worked with then and now and the loyalty of the audience,” he says.

He and his wife Anita — Georgia Ensemble’s cofounder and managing director — drove all over the suburbs for a year or so looking for a place to start a new theater company, and one day they found it in Roswell. Their first season in 1992, they attracted 1,500 subscribers from the Alliance to an unknown company in Roswell. Now, 25 years later, patrons come from all over the state to see the company’s work.

Nothing brings Farley more joy and pleasure than to stand at the back of the theater and watch people react to what they see on stage. “I love telling stories and that we have an incredible audience to participate and listen to them,” he says. “That is why I have stayed where I am. Anita and I have established a relationship with our audience that is very personal. The audience is really our family; they always have access to us.”

It hasn’t been easy, however. He opened his first season with You Can’t Take It With You with 10 Equity contracts and a cast of 24 — and it accounted for an “instantaneous deficit,” he recalls. “It was awful — we were not able to dig out of debt for 18 years,” he says. “Slowly but surely we finally did and have been stable since 2011. But there were many days when I didn’t know if we’d do the next performance, much less the next production.”

He credits getting out of the hole to his wife. “She pulls rabbits out of hats like no one I’ve ever worked with,” he says. “She is an amazing managing director and the quiet hero of the organization. She has learned by doing. She was never a managing director before this but has built it from the ground up.”

Over the years, Farley’s artistic programming has gone through changes. It’s been a gradual, sometimes cautious process. “We are an established mainstream theater,” he says. “I take no shame in that. In fact, I take great pride, but with that you have to carry the audience along with you. In different ways we’ve changed things a lot.”

One big step came in 2006 when he directed Six Dance Lessons in Six Seeks, about the relationship between a retired woman and her gay dance instructor. “That show had a different agenda than other shows we’ve done,” Farley says. “It was a hit and the audience loved it. That was an early smoke signal.”

Over the years he has also engaged with local playwright Topher Payne and will be opening Payne’s fifth play with GET — Morningside — this season. “Topher has been a tremendous help,” Farley says. “He is a great partner.”

The theater has also made some major efforts to diversify the make-up of the audience. Every show last season featured people of color, and that will continue with (the 2017 season opening) Once on This Island. “That is an important and long-overdue step for the theater,” he admits.

Farley’s last directing job show will be The Buddy Holly Show, a musical he loves. It’s been an audience fave too. “I have dedicated this season to the people who have supported us,” he says. 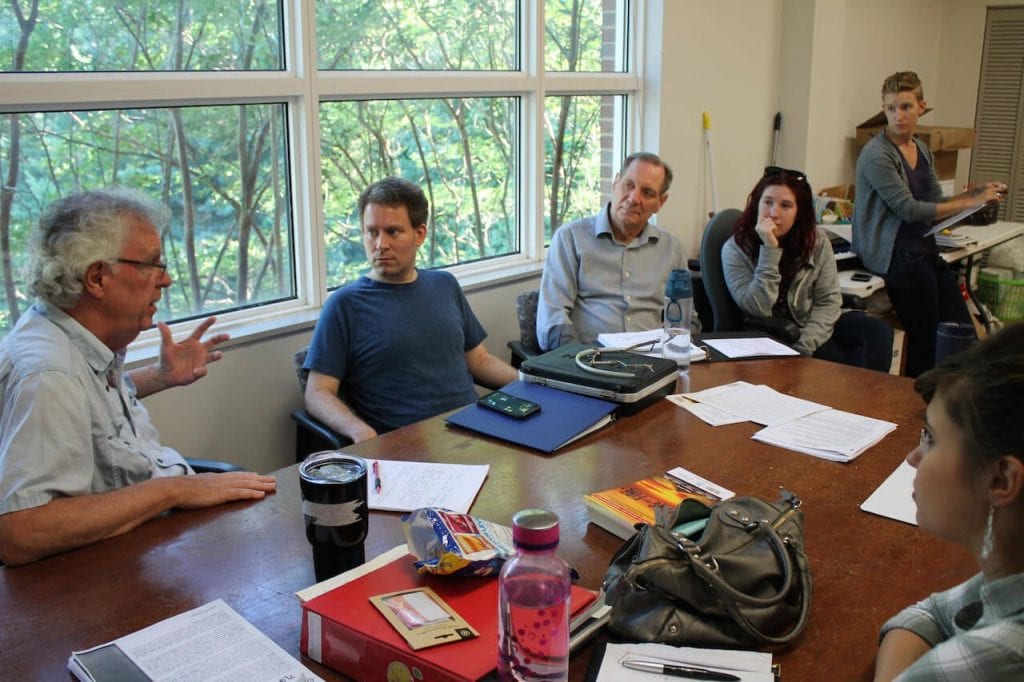 Farley (left) searched for an ideal theater location and settled on Roswell. The company struggled in the beginning but has found stability.

Actor and director Alan Kilpatrick will be taking over the company April 30. He was chosen by a secession board. “Anita and I felt it needed to be a board decision,” he says. “They decided they did not want to change the world of [the theater] but they wanted someone to come in and have a vision for the future, particularly as it works towards my biggest priority now: our programming for young people. We are ready ready ready to expand that. Alan is one of the nicest people around, and a workaholic. He never wants to leave. I can’t keep up with him. And he knows everyone in Atlanta.”

Farley’s only request was that Anita stay on for four or so more years once he has moved on.

Once he’s stepped down, he will improvise — and take each day as it comes. “I don’t know what retirement is,” he says. “I’ve never done it.” Yet there are certain projects he looks forward to. “I’m Mark Twain’s biggest fan. I have three volumes of his autobiography that I have started, and I still have books of his to read. The honeydews are infinite around my house, and I want to do some volunteering, perhaps with Atlanta Children’s Healthcare. But I have no definitive timetable for all of that.”