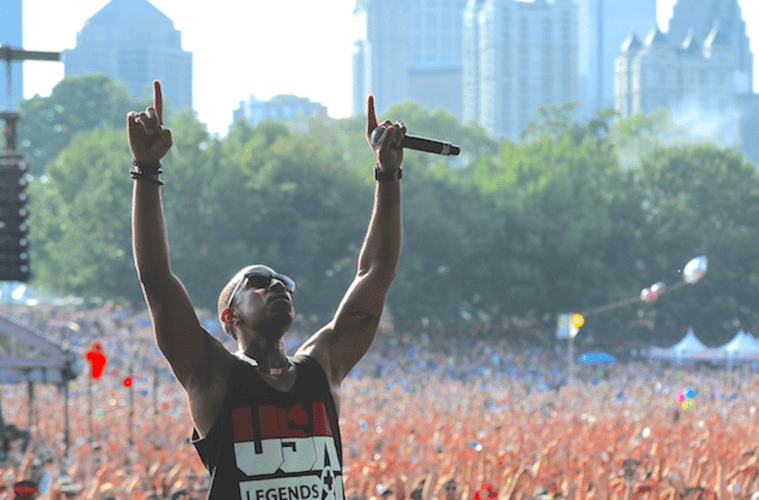 As Super Bowl Sunday grows closer, it’s time to show thousands of incoming travelers flooding Atlanta all that this city has to offer. Among the several festivities offered by the Super Bowl LIII Host Committee, ATL also has additional creativity and history to offer beyond the walls of the Mercedez Benz stadium. ARTS ATL has curated a list of recommended picks because whether it be music festivals or art galleries, this city knows how to have a good time.

Super Bowl Gospel Celebration. Dubbed the biggest “praise party,” the annual celebration includes performances by Kirk Franklin, Rickey Smiley, the Winans and more. For those who can’t make it out, the performance will be shown on BET on February 2. January 31 at 7 p.m. Atlanta Symphony Hall.

Core Dance: American Playground with The Third Dance. Israeli choreographers Niv Sheinfeld and Oren Laor use playground games as vehicles to explore different kinds of juxtapositions — between personal identity and national identity and between the longing to become someone versus the disillusionment when that desire is frustrated. Read ARTS ATL’s full preview here. January 31–February 2. 7 Stages. The Bach Bowl takes place on February 3 at the Schwartz Center for Performing Arts.

Super Bowl LIVE Concert Series. A series of free concerts downtown in Centennial Park is curated by Jermaine Dupri and meant to have a heavy focus on hometown talent. Through February 2. Centennial Olympic Park.

Yayoi Kusama’s Infinity Mirrors. The sense-rocking rooms have attracted thousands of visitors and are on display for one more week in ATL. Walk-up tickets will not be available, so scoop tickets early. Read ARTS ATL‘s full review here. Through February 17. High Museum of Art.

Francine Reed. The soulstress of blues takes the stage with her annual show, which honors Black History Month. Reed splits her time living and performing between Atlanta, Phoenix and on the road with Lyle Lovett and His Large Band. Read ARTS ATL‘s Q&A with Reed here. February 3 at 6 p.m. Eddie’s Attic.

Party with the Past. Learn about the history of the historic belt lines as well as the importance of transportation in Atlanta’s past. Guest speaker Clyde Higgs, president and interim CEO of Atlanta BeltLine, Inc., will discuss the history of the BeltLine and what’s next for the multifaceted project. February 6 at 6 p.m. Monday Night Garage.

Ever After. Audience members follow Danielle de Barbarac as she risks everything to save a friend from an unjust fate, capturing the heart and imagination of a country along the way. Read ARTS ATL‘s full review here. Through February 17. Alliance Theatre.

Yayoi Kusama: Narcissus Garden. First presented in 1966 by Kusama, the site-specific installation is made up of approximately 1,400 stainless steel spheres carefully arranged by staff from Kusama’s studio in Japan. Through Spring. Atlanta Botanical Gardens.