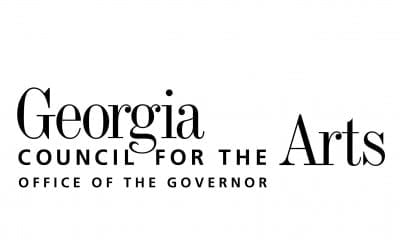 News: Budget evisceration at Georgia Council for the Arts

Susan S. Weiner, executive director of the Georgia Council for the Arts, has learned that the proposed GCA state budget for fiscal year 2011 will amount to a 79 percent decrease since the recession began in fiscal year 2008 — if the General Assembly agrees with the governor’s recommendation. Instead of working toward access to the arts for all Georgians, says Weiner, “We believe that now our primary goal is to stay alive.”

This untitled painting by the late Herb Creecy is included in "Georgia Masterpieces: Selected Works from Georgia’s Museums," published by the GCA.

Based on a quick review of the state budget recommendation, no other agency has been so deeply cut, she says. Here are the most recent GCA budgets:

“GCA will manage its additional cuts for FY 2010 without reducing your contract. We will eliminate or reduce administrative costs (to be determined), and we have to lose two more positions, putting the agency at 50% staff. Our greatest difficulty in finding the additional cuts for FY 2010 is that we’ve managed to greatly reduce administrative costs (everything but the grants line of the budget) in the previous three years. Exclusive of personnel, administrative costs are only $164,763 this year. In FY 2008 these costs were $362,350. For clarification, these costs include such items as rent, I.T. services, telephone, postage, panelists expenses, office supplies, and insurance.

“So, what does this mean for FY 2011? Given the budget recommendation, this means not a lot of money for grants. Yes, GCA has the benefit of our NEA award. But, NEA funds require a dollar-for-dollar match; we only may use these funds to the extent that we can provide a match. And, NEA funds come in different pots that have to be spent on specific types of costs. (Please note that while the budget recommendation reports our FY 2011 budget is over $ 1.5M, this is a combined budget, showing federal and state dollars.)

“GCA promises to keep our commitments: access to the arts for all Georgians, support for the nonprofit arts industry, and promotion of artistic excellence. We believe that now our primary goal is to stay alive, providing vital support through capacity building to the nonprofit arts industry and a return to viable financial support once the recession ends. There are ways to provide the knowledge and skills our staff has accumulated in the arts and other nonprofit organizations.

“We hope you will join your colleagues across the state in their advocacy effort on behalf of your organization, your industry, and this agency. This year GCA has awarded $2,791,929 of its combined federal/state budget in grants. We can’t imagine the size of our grants line should state funds remain at $890,735. As before, we will conduct adjudication of the FY 2011 applications this winter and spring. Only after the legislators pass their budget and the Governor signs it will we know our final state allocation. Between now and then, we are committed to brainstorming options and potential solutions, and we seek your advice and input.”