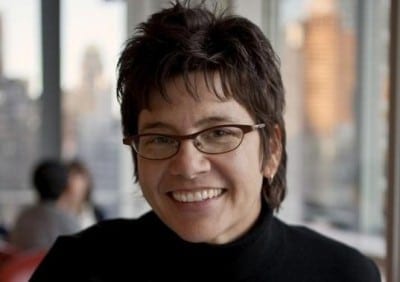 Author appearance: New York Times’ Kim Severson on her memoir and her move to Atlanta Combining two juicy memoir trends in one book, “Spoon Fed” by New York Times food writer Kim Severson — now the Times’ Atlanta bureau chief — tells the story of her struggle with alcohol addiction, an especially wily monkey to get off your back when you eat and drink for a living. But it’s also a foodie memoir about how Severson consulted a bevy of female cooks — including Marcella Hazan, Edna Lewis and her mother, Anne Marie Zappa Severson — for insight into her own life and career path.

In the book, subtitled “How Eight Cooks Saved My Life,” Severson charts her journey from obscure food writer for Alaska’s Anchorage Daily News to more visible San Francisco Chronicle food critic to critical Valhalla at the Times, where she battles feelings of inadequacy within its Pulitzer-decorated hallways. She does not speak French and likes to munch the occasional Kit Kat bar.

Along the road to self-knowledge Severson looks outward, considering the cases of famous culinary greats from Chez Panisse hippie-mogul Alice Waters to a woman some might consider her antithesis, peppy packaged-food alchemist Rachael Ray. Though it may sound like a manufactured, name-dropping gimmick, Severson’s book contains plenty of gossipy tidbits to spice up her dish, such as the succession of Manhattan food writers who offer to give her advice over lunch about her new New York Times gig, only to stick her with the bill.

Mostly, though, “Spoon Fed” appeals because of Severson’s tendency, even from her lofty position, to engage in behavior that we’ve all sunk our teeth into, measuring our lives against some imagined ideal and stewing in the juices of our own anxieties, which could be why the memoir as a genre has been such an enduring phenomenon. In Severson’s case, the ideal is former Gourmet magazine editor-in-chief, early-adopter foodie memoirist and former New York Times critic Ruth Reichl, who Severson is convinced is living life far more passionately than she ever will. But readers will come away certain that Severson, with her own enviable catalog of culinary adventures, is giving her a run for her money.

We spoke recently with Severson:

Felicia Feaster: You paint a pretty tense portrait of the pressure involved in ordering lunch in front of your future bosses at the San Francisco Chronicle as they clock your every order. To turn the tables, if you were hiring, what would be the deal breaker for an underling to order?

Kim Severson: It would be as much manners and approach as the actual order. How does the person treat the waiter? Do they ask intelligent questions about the food? I might wonder about a well-done steak, excessive changes to the dishes as presented — the fish, but fried not grilled, with the salsa verde instead of the beurre blanc — and too many cocktails.

Feaster: Tell me about the move to Atlanta. Were you tired of writing about food? Was it a decision from above for you to come to Atlanta as bureau chief and expand your beat to hard news?

Severson: I wanted challenges in my writing and reporting. And I wanted to bring more food and agriculture reporting to the national pages of The New York Times. But mostly, I was excited for a chance to live in and write about the South, a region of the country I think is a lot like Italy in terms of food and family and appreciation for life. And my family is Italian, so there you go.

Feaster: Do you miss the bulk of your writing being about food with your new beat? Or has it taken some of the pressure off, since food writers seem to be held under a microscope more than any other journalists right now?

Severson: I miss food writing quite a bit, but I still get to keep my hand in it. And I find food informs a lot of news stories and other features, even when they are not directly about food. But when I am covering a murder or trying to figure out a state budget, I long for those days when I was testing recipes or hanging around with chefs or farmers.

Feaster: How much of an adjustment was it, after the foodie splendor of New York City, to move to Atlanta?

Severson: Huge. No sushi delivered any time of the day. No walking down the street for fresh mozzarella or a cappuccino. And in New York I got to experience the very edge of culinary culture. But Atlanta and the South have their charms, foodwise. There are more restaurants that I want to eat at regularly than I expected, and people are truly into good food. Culinary tradition is so strong in the South. And everyone in the food community here is so nice and generous. I am learning how to find good bread and a reliable cheese shop. We’re just coming into spring, and that’s where I think the real payoff will come. So much rich farmland and such a long growing season!

Feaster: What aspect of the South have you discovered you enjoy that you didn’t realize before moving to Atlanta?

Severson: Atlanta is surprisingly awesome. The people are smart and progressive and fun. It’s a lovely city of neighborhoods, really. I love how open people in the South are, and how nice (at least to your face). There is such a profound sense of place here.

Feaster: You chronicle quite beautifully the relationship between Edna Lewis and Scott Peacock [former chef of Decatur’s Watershed] in “Spoon Fed.” Since you became friends with Scott, how is he doing since leaving Atlanta?

Severson: Chef Scott is quite well, and doing what I think is very important work. He is restoring a home in Marion, Alabama, and traveling around the state collecting video food stories from people in their 80s and 90s. The stories inevitably end up being about history and race and changing culture. The ones I’ve seen are remarkably beautiful. And he’s working on two books, a cookbook and his memoir of his life with Miss Lewis.

Feaster: You were pretty frank about embracing both high and low food. Have you discovered any new guilty food pleasures down South? Moon Pies or pimento cheese?

Severson: Love them both, and the wide variety of bagged pork rinds. Also, my biscuit and grits consumption has increased markedly. I am looking forward to peach season and all the cobbler it will bring.

Feaster: Much of the book is about universals that nearly everyone, even non-food critics, can relate to: wanting to make your parents proud of you, measuring yourself against other people. Have you found people responding to one dimension of the book more than others, or in this foodie-crazed world, does everyone you meet just want to talk about the chefs and the restaurants?

Severson: It really depends on the crowd. Some people just want to talk about personalities and where they should go to eat in New York. Other people ask me if I think they drink too much. I’ve had tearful parents ask me to sign the book for their daughter in rehab, or for their parents who haven’t quite accepted that they have a gay son or daughter.

Feaster: Has America gone too food crazy, or is there no such thing for you? Can you speak broadly about where you see Americans right now in their relationship to food? It seems the common culture of our age, especially for city folk who want to be up on all the latest trends.

Severson: Oh, I think we are just waking up to how important food is, for our culture and our health and our land. The attachment to food as competition is fascinating, and maybe will be short-lived. I’m also completely obsessed with how the digital age affects how we eat. I think it has prompted a movement toward the hand-made, the small batch and the old-fashioned. Pickle and preserve parties, that sort of thing.  It’s also making good food much more accessible. I also like how the formal separation of cook and eater is continuously being broken down and reinvented in restaurants and food trucks and pop-ups. And I will be interested to see how this wave of young agrarians matures. But mostly, I am just glad people are cooking more and finding ways to get more delicious and less processed food. People are just happier when they eat something delicious.

Feaster: Have you found any favorite restaurants yet in Atlanta?

Severson: Cakes & Ale and Leon’s are in my [Decatur] neighborhood, so they are becoming my local go-tos. And my daughter loves Farm Burger. I collected a list of people’s favorite Atlanta restaurants and have been trying to make a methodical effort to eat at them all. I’ll let you know when I get through the list.

Feaster: When you’re used to writing about other people, is it hard to start digging into things closer to home when you begin a memoir? How hard was it to open up in “Spoon Fed“?

Severson: Memoir is such a different form than journalism that, of course, it was a challenge. Just the length alone was an adjustment. I was like, “What? I can write more than 2,000 words on essentially one thought?” Also, being one’s own source material is both freeing and terrifying. And once I realized that it was easier and produced better work to just be honest, I was off to the races. I worked hard to make sure the book was accurate and journalistic in terms of quotes and research, but there is a point where you move into this other realm of writing, of creating. Once I got the hang of it, I had a lot of those precious periods every writer loves. The ones where you sit down to write and before you know it, three hours or four have gone by.

Feaster: I followed the wisdom of your book and made a recipe from it — your mother’s sauce — last night before this interview. It made me wonder what you are cooking these days.

Severson: My life these days is all about good, simple dinners. I work at home, so I break around 5:30 or so to make dinner with my daughter. We go to the DeKalb Farmers Market a lot, and make very standard suppers. Brined pork chops, some sautéed bok choy and rice. Lots of braised dishes, good roasted chickens, salads. I have been trying to cook for friends more on the weekends, which is when I can test recipes and play around with new cookbooks. I am going to start doing more bread — probably that no-knead recipe — because finding good bread here has been a big frustration.