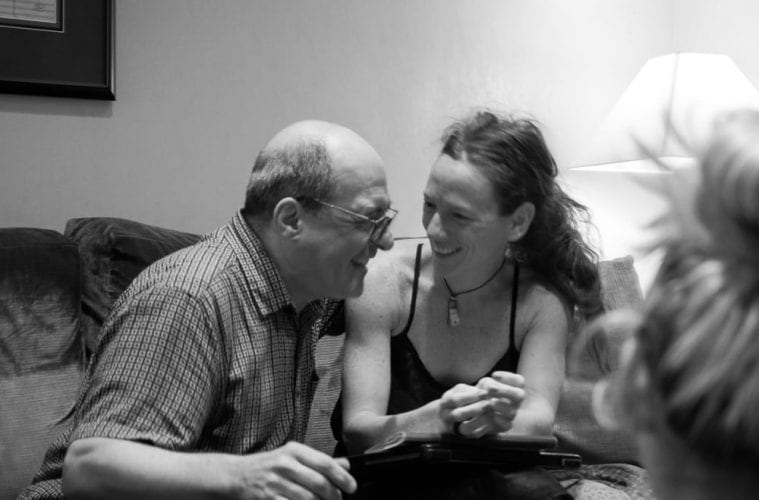 Nine moving artists, 68 musicians, one conductor and one conceptual artist; over seven years of collaboration, along with 100 of Atlanta’s children . . . these are just a few of the figures going into glo’s performance project Mother/Jump, which will receive its world premiere at Atlanta Symphony Hall next March. While the premiere may seem far away, the creative development of this “culture symphony” is currently underway — marking the fifth major collaboration between Lauri Stallings, founding artist of the performance group glo, and Robert Spano, music director of the Atlanta Symphony Orchestra.

In the meantime, Atlantans can find glo this summer activating the sidewalks of the city June 26–July 21 in These Foresights: a “public intervention” with Big Rube, of the Dungeon Family, and the hip-hop community Soul Food Cypher. Later, in August, a site-based work of new choreography will open as part of Stallings’ solo exhibition at the Hudgens Center.

Two weeks into the process of Mother/Jump, Stallings opened the doors to glo’s corner studio at The Goat Farm Arts Center to the public for an afternoon rehearsal. The casual audience drifted through the big metal door to find Stallings and the moving artists in medias res, working on a “waltzing” phrase they had learned only minutes before. Hip-hop music playing low in the background, Stallings was bursting with directions for them — singing out, snapping and clapping — simultaneously supportive and demanding. “The loose should become more chiseled,” she said as the artists, all women, moved in a sort of interconnected train, winding, re-winding, whipping, twirling. “Right now I am falling asleep, and if I am falling asleep . . . ” 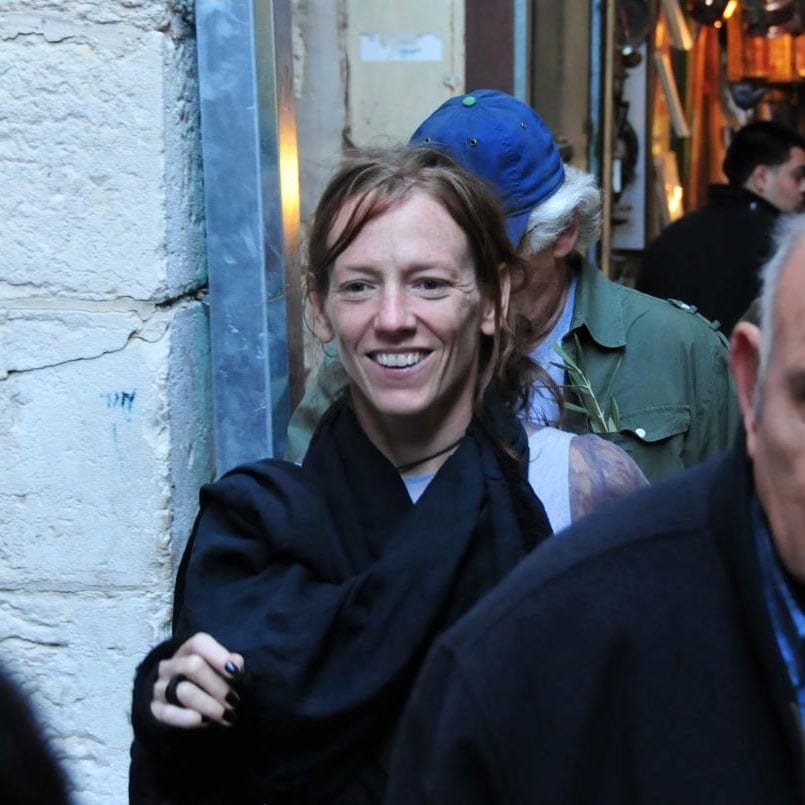 Stallings was searching for more energy in the dynamic shifts while maintaining the nuances that define glo: namely a spirit of experiencing movement rather than just doing it, while working with a spine that is never static or centered. It is an ephemeral request, like trying to capture your own shadow, which in short, requires physical virtuosity and immense control. “Put all of that effort under the ground, hide it,” Stalling told the dancers.

The women then broke into duets and played with dance phrases that called for unison movement, weight sharing and partnering. The room felt electric and alive with all of the new movement material floating around the studio, the excavation of these iconic gestures Stallings refers to as “dinosaurs” or “hieroglyphs.” Meanwhile, as they worked, dark storm clouds gathered outside.

Stallings weaved in and out of the dancers. Over the course of two hours, she gave notes that were at once epic and granular: digging into the details of a curved wrist, exploring how those wrists interlock and twist overhead, extending through the fingers in a way new to the women. The dancers broke down the specifics of a crouched posture, kneeling on the ground, head bowed, palms upturned. In another motif, legs were crossed in a “lady-like” position.

In typical Stallings fashion, the movement was performed from all angles: upright landing from a jump as if on a high-wire and sideways in a seated boat position, before being turned on its head, literally, as the women rolled back onto their shoulders and legs wrapped tight in the air. As rain began to pound the building in earnest, the storm shattered one of the windows. The mess was cleaned up even as new information continued to flow from Stallings to her conduits.

“Hieroglyphs, cave paintings, calligraphy — all of these things were first made for the gods, not man,” said Stallings. “They had to be divine. But this work is taking these traditions and giving them to common people. We are writing a cursive love letter for them.”

Only intermittently toward the end of the rehearsal did we hear notes from the Ravel score that this first act, the Mother in Mother/Jump, will be danced to. Stallings explained that her collaborations with Spano begin in a space of parallel work, meaning that she is crafting the choreography while he is arranging the score. The final music will exist somewhere in the space between the recorded version she is playing and the written score she pores over to try to give the dancers counts and markers. The second act, Jump, will be danced to a collage of music from Stephen Paulus that was put together by Robert Elhai.

This fall, through workshops held in participating schools, 100 first-graders will be brought into this process and will share the stage with glo’s moving artists and orchestra. 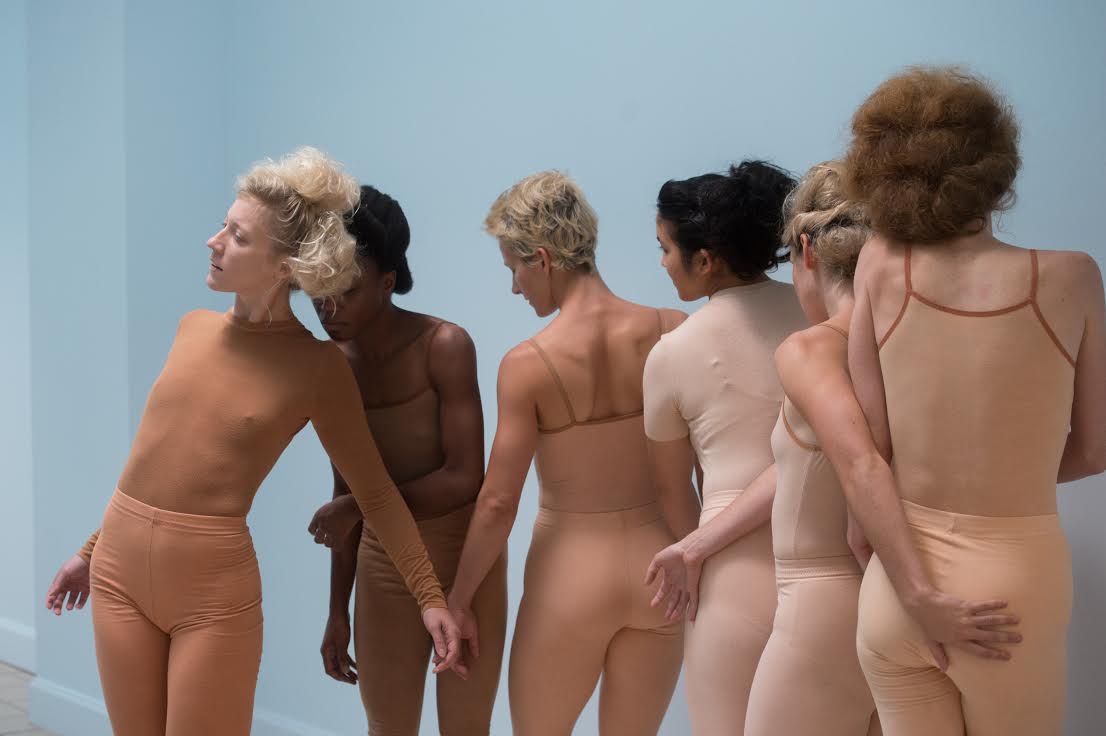 Stallings will unveil a new work in August at the Hudgens Gallery as part of her solo exhibition. (Photo by Gwinnett Event Photography)

What connects these two acts, with disparate composers, from two different eras? “Well, my first answer would be the space this all exists in,” said Stallings. “But really, it is the children. This work is all about them; they are all we have in this world. I am handing a big chunk of hierarchy over to the children of Atlanta in this work.”

As the open rehearsal wrapped up, the rain slowed to a drizzle. The artists switched gears to leave us with a taste of the swarm of bodies, voices and raw energy that will descend on the city’s sidewalks next week with the activation of These Foresights. According to Stallings, the idea for this experimental project came out of a dark time for her. Returning to some unfinished studies, Stallings found Socrates and, along with him, his good attitude. The Socratic dialogue, which tends to disregard obstacles and power structures, reminded her to simply do her work. “That’s the role of the artist right now,” Stallings said. “Do the work. We need to regain the power to choose, and choreography consistently equips me with the tools to initiate new alternatives.”

For glo, the word “foresights” translates to mental preparedness and future thoughts. And the goal of These Foresights is to go out into the community and bring this construction of movement and sound to as many people as possible, particularly those who may feel invisible, forgotten or excluded in this current moment. Said Stallings, “I want everybody to experience this situation and say ‘I belong here; I belong in this collaborative evolution.’”

Upcoming glo events are as follows (dates and times subject to change):

All events are free and open to the public. Questions? See info@gloatl.org.

Solo exhibition at the Hudgens Center for Art and Learning

A new site-based work of choreography situations aiming to expand the frontier of dance through confrontation, empathy and interactions with all walks of life. The exhibition runs August 11 through October 20 with moving artists in the gallery during regular museum hours and at several scheduled “Happenings,” or programs for the community. Admission for all events is free.

i went to the train station to catch the train of enlightenment, a migration outside the museum, 8 p.m., August 25

Adrenaline: A Dance for Everybody, all-night dance party, date TBD

they lift their skirts like blinds across your eye, 7 p.m., October 5

Southern Supplies: What do we need to get better in the Dirty South? A sit-down conversation, 2 p.m., October 6