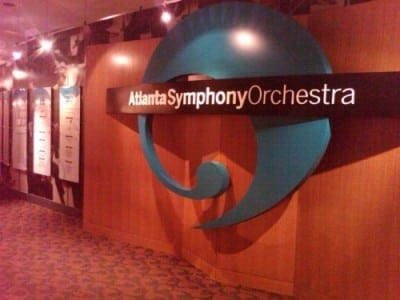 Update 7/20: Our friend at the AJC, Kristi Swartz, wrote an article on the stimulus money coming to Atlanta’s arts scene. She gets the money quote: “This is shockingly irresponsible government. Somebody needs to tell Washington that we’re in a serious recession,” said Kelly McCutchen, executive vice president of the Georgia Public Policy Foundation. “The average Georgia family is worried about paying rent and utility bills and not going to the opera on a Saturday night.”

The League of American Orchestras, a membership organization based in New York, has just released the government list of orchestras and other arts organizations awarded money from the American Recovery and Reinvestment Act of 2009. The funds were channeled through the National Endowment for the Arts (NEA).
On the list is the Atlanta Symphony Orchestra, awarded $50,000. The money is earmarked for “job preservation.”
Here’s relevant information from the League:
“The federal funds will give orchestras the human resources they need to continue fulfilling vital aspects of their missions, including preserving summer concerts that would have been eliminated, keeping education programs intact, and maintaining a full range of repertoire and artistic offerings.

The arts industry generates millions of jobs and is an essential contributor to the economic and cultural vitality of the United States. Applications from arts organizations nationwide poured into the NEA seeking non-matching, one-time grants of $25,000 or $50,000 for projects that focus on job preservation. While the need for support far exceeds available federal resources, 631 arts organizations nationwide received NEA stimulus grants.”