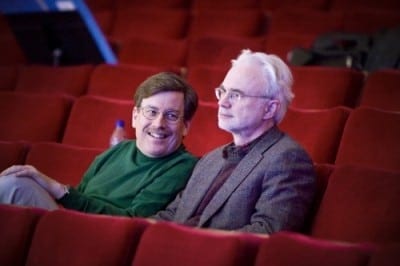 Atlanta Symphony prepares 2011-12 season, one of the most interesting in recent years

The orchestra’s debt is still huge, the local economy is still struggling and America’s classical music community is feeling more embattled than ever. But the Atlanta Symphony’s 2011-12 season shows definite signs of an upswing.

It follows the same shape as recent seasons: building slowly, with some spikes along the way, toward a roaring big finish. Many of the planned concerts hold intriguing works that the ASO should be presenting to its audience, to keep it informed of what’s happening in the wider world. Single tickets go on sale August 20.

One of the major cultural events for the city will be the orchestra’s June 2012 performance of John Adams’ opera “A Flowering Tree.” Music Director Robert Spano and the ASO have kept up with the California composer’s biggest scores over the years, including the Nativity oratorio “El Niño” and the celebrated opera “Doctor Atomic,” about J. Robert Oppenheimer and the atomic bomb. They recorded Adams’ Pulitzer Prize-winning memorial of the 9/11 attacks, “On the Transmigration of Souls,” and Adams himself has conducted the ASO and Chorus in Symphony Hall.

Inspired by Mozart’s fairy-tale “Magic Flute” and based on a folk tale from South India, “A Flowering Tree” premiered in Vienna in 2006. It’s the most shadowy and gorgeous of Adams’ scores. The choir is the Schola Cantorum de Venezuela. The trio of vocal soloists — Eric Owen as the Storyteller, Russell Thomas as the selfish Prince and Jessica Rivera as the girl who can transform herself into a flowering tree — will be the same that recorded the opera for Nonesuch. It’s well worth a listen; if any piece of recent classical music can make the case for the art form’s vitality and intense appeal, it is “A Flowering Tree.”

At the summit of their professions: ASO chorusmaster Norman Mackenzie (left) and composer John Adams. While Mackenzie here looks as if he’s in awe of the composer, Adams has called Mackenzie “a genius.” (Photo by Jeff Roffman)

The Adams opera will come at the very end of the ASO season, which will open September 22 with Spano conducting soprano Christine Brewer in orchestral hits from Wagner’s “Ring,” including “Ride of the Walkyries” and Brünnhilde’s Immolation Scene. Brewer also will join other ASO regulars and the ASO Chorus for Mahler’s beefed-up version of Beethoven’s Ninth Symphony. 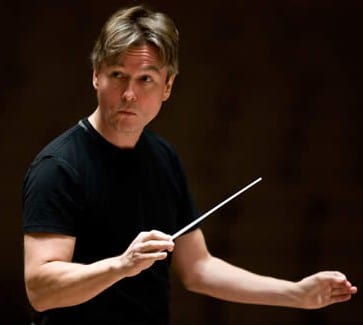 Among the keenly anticipated events of the season are local premieres of music by composers of international standing. Spano and the ASO have played much of Osvaldo Golijov’s orchestral and choral music and even recorded his opera “Ainadamar.” They’ll add more Golijov repertoire with “Sidereus” (September 30-October 2).

Esa-Pekka Salonen, a Finnish intellectual with a boyish grin, made his name as the chronically hip conductor of the Los Angeles Philharmonic. His enduring legacy likely will be his stylish, sparkly, in-the-now compositions, the last word in accessible Euro-modernism. Spano, who is part Finnish, will introduce Salonen’s music to the ASO repertoire with “Nyx,” in its U.S premiere. It will be paired with Scriabin’s “Poem of Ecstasy,” which is one of Spano’s specialties, and Rachmaninoff’s “The Bells” with the chorus (October 27 and 29).

English composer Oliver Knussen is a regular guest on the ASO podium. Last season, his conducting of Beethoven’s Fifth Symphony was the flat-out best I’ve ever heard the ASO perform. Knussen has a splendid way with the orchestra. And he always brings one of his own works along, although at this writing which work is still to be announced. In the same program, concertmaster David Coucheron and principal cellist Christopher Rex will be the soloists in the Brahms Double Concerto. There will also be Britten’s “Young Person’s Guide to the Orchestra.” This concert gets a red star on the calendar (November 10 and 12).

The most impressive and acclaimed living composer whose music has never been touched by the ASO, inexplicably, is Thomas Adès, another Brit. Leila Josefowicz, a fiery free spirit, will play Adès’ award-winning Violin Concerto on February 23 and 25, 2012. And world premieres by Atlanta-based composer Alvin Singleton and jazz pianist Marcus Roberts will be heard in the same program May 10 through 12.

We’ll make more of this as the milestone approaches, but 2011-12 will be the last season of Donald Runnicles’ outstanding tenure as ASO principal guest conductor. (He’ll almost certainly continue as a regular guest in future seasons, he told me, but the official connection will end.) Runnicles will take part in just two programs. The first includes Beethoven’s “Eroica” Symphony and Britten’s Violin Concerto, a genuine masterpiece that is gaining in popularity, with James Ehnes as soloist (January 19-22). The second Runnicles program will be his farewell: Mahler’s Symphony No. 2 with the ASO Chorus and two fine singers, soprano Nicole Cabell and mezzo Kelley O’Connor. (January 26 and 28.) 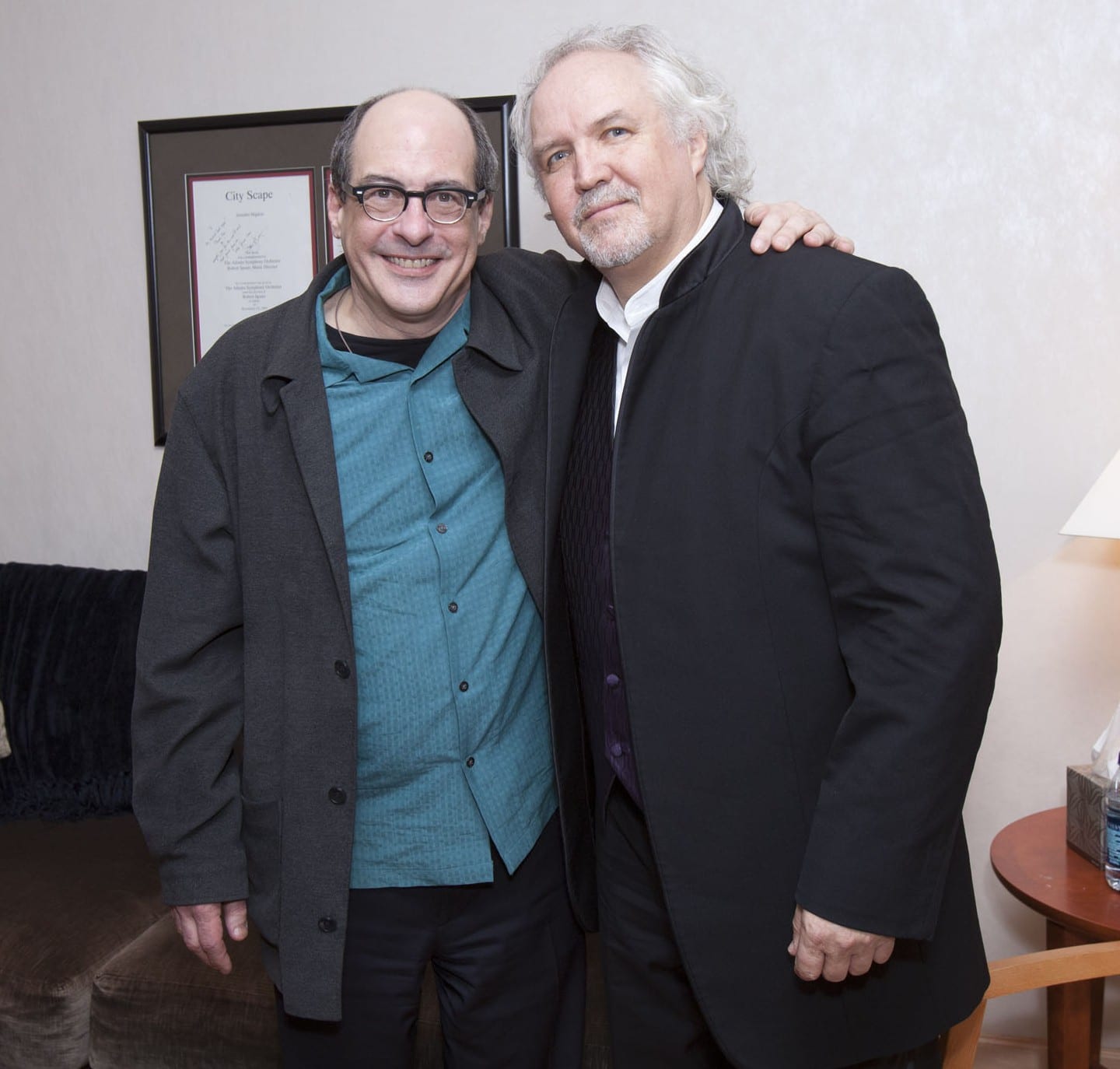 Among the notable guests will be Mei-Ann Chen, former ASO assistant conductor, who’s now in charge of the Memphis Symphony, on October 6 and 8. Chinese pianist Yuja Wang, a red-hot musician, a hypervirtuoso with uncommon charisma and laudable depth as an interpreter, will play the Brahms Piano Concerto No. 1 on April 19-21. And conductor Vasily Petrenko and pianist Kirill Gerstein, who each made a sensational ASO debut in recent seasons, will return together for a heavyweight Russian repertoire May 17-20.

Spano and the ASO will again offer a Bach Passion in a theatrical staging by New York artist Anne Patterson. They collaborated a few years ago on the “John” Passion and on Haydn’s “The Creation.” In May, they’ll tackle the “St. Matthew” Passion. Patterson recently told me that she and Spano had yet to work out a “concept” for the piece.

Anne Patterson’s designs for Haydn’s “The Creation” with Robert Spano and the ASO.

2012 will mark the 20th anniversary of the ASO’s “A King Celebration,” devoted to the music-loving civil rights leader. But instead of the usual concert at King’s alma mater, Morehouse College, the orchestra and celebrity cellist Yo-Yo Ma will perform in Symphony Hall. Joseph Schwantner’s “New Morning for the World” is one of the strongest pieces honoring King’s legacy. Ma will be the soloist for Dvorak’s Cello Concerto. The one-night-only event will be January 12; expect it to sell out long in advance.