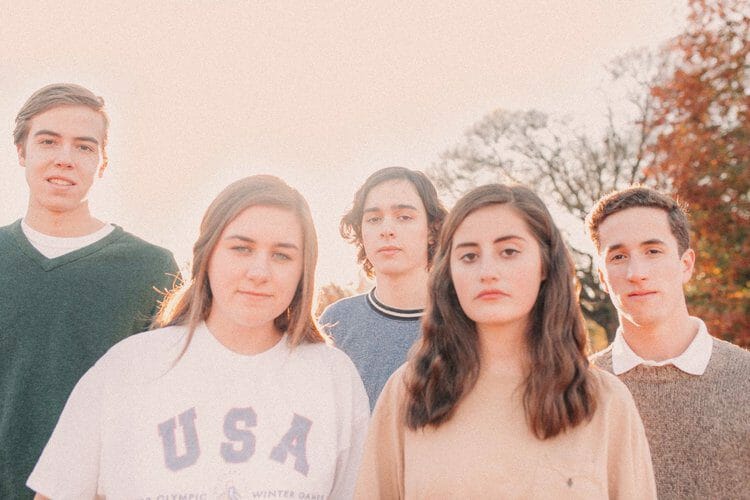 With a new album, Atlanta's Lunar Vacation is about to embark on tours of North America and Europe.

As implied by the title of the new album by Atlanta’s Lunar Vacation, Inside Every Fig Is A Dead Wasp, within every sweet turn of events lies a potential sting. Their latest single from that album, their full-length debut, leans fully into that danger within the sublime, with vague allusions to romantic love gone wrong.

In an interview with Stereogum, singer/guitarist/songwriter Grace Repasky talked about the tune’s inspiration: “This song tells me that although this happened, you just gotta keep going because this isn’t the end of the world . . .  I feel like most, if not all, of my songs are future-me giving past-me advice and insight on specific situations that evoked heavy feelings.”

The video accompaniment delivers striking, beauty-and-danger mixing visuals that conjure both the vampiric and the just plain vampy, as in Joan Crawford meets Divine vamp. The band will soon embark upon a North American and European tour to stretch through next year, kicking off with an appearance at this month’s Shaky Knees Music Festival in Atlanta’s Central Park.

Still promoting their aptly titled 2020 album, There Is No Year, punk band Algiers gift-wraps this epic, surrealist 20-minute performance with full-throttle delivery of songs “Void,” “Cleveland,” “Losing Is Ours” and “Death March.”

Filmed in black-and-white with Dada-esque props strewn all around them and a VHS quality look, the band said they conceptualized the set as loosely inspired by the music performances on Glenn O’Brien’s famed late ’70s/early ’80s NYC public access television show. It was filmed in a TV studio using the same analog equipment.

It has been a transformative year in many ways for the group — most of whom have known each other since they were kids in Atlanta. They include vocalist and keyboardist Franklin James Fisher, who was visiting ATL when the pandemic hit and wound up spending most of last year staying with family.

For those of us who wait all year for the second the calendar shifts from September to October, poised for the Halloween season to begin, we bid you a good mourning. To kick that off this sacred passage into the time of ghouls and gourds, our Vintage Track of the Week comes riding in like a Southern rock Ichabod Crane in the form of this gaggle of ‘70s musicians from Doraville known as the Atlanta Rhythm Section.

“Spooky,” which was also famously covered by Dusty Springfield, was ARS’s 1979 cover of the 1968 chart-topper by the Classics IV. Not exactly a coincidence since ARS songwriter and guitarist J.R. Cobb and producer/manager Buddy Buie actually hailed from Classics IV. The Brain to the rest of the band’s Animaniacs, if you will, Buie brought on additional members he knew from his time in Roy Orbison’s backing group, the Candymen. And nope, nothing chilling about that name, nope, not at all.

Formed in 1972, they took a few years to start producing hits. But at the height of their gold record fame, they enjoyed major hits “So Into You” and “Imaginary Lover” and “Doraville.” They also experienced the ultimate ‘70s Georgia Venn Diagram, when they were invited to the White House by President Jimmy Carter in honor of his son Chip’s 28th birthday party.