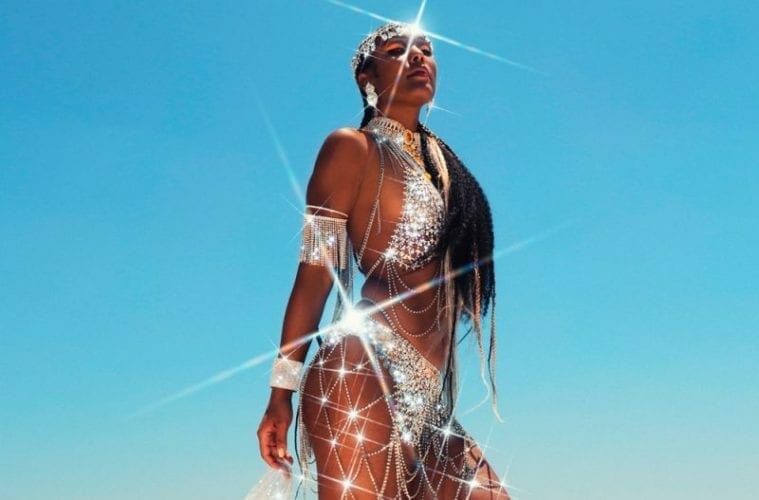 The new single by India Shawn, "Movin' On," features the multitalented Anderson Paak.

In “Movin’ On,” India Shawn is all smiles. She glows as her smooth voice fills the room. Blues, R&B and hip-hop collide in the song, which features Anderson Paak, a singer, rapper, drummer and producer. Shawn was born and raised in Los Angeles; her move to Atlanta proved to be a significant step in her music career. This video begins with blurred visions and what seems to be a wedding gone wrong (including a big ol’ slap to the face). We follow Shawn as she moves forward from these moments, eventually riding off into the sunset and positive light.

Diane Durrett released her first album in 1993 and has become one of the city’s most endearing vocalists. In today’s political climate, Durrett provides a glimmer of hope with “Good News,” described as “a love-story spoof on the overconsumption of news.” The song features Mike Burton (Patti LaBelle, Jill Scott) on saxophone. “Good News” is the second single from Durrett’s forthcoming album, Sweeter Love Grows. It will be her first full-length release since 2018.

The Moore-McColl Jazz Society is Beth Moore (vocals/piano/organ) and Chance McColl (guitar, vocals). The duo recently debuted with Electric Fantastic, a full-bodied no-nonsense jazz record. The nine-track recording is a contemporary take on classic 1970s jazz. Moore is a force to be reckoned with throughout. Her songwriting and playing are intricate, complete with catchy keys and punchy horn solos that transport listeners to a supper club. Her talents come to the forefront in “The Logical Song,” one of the few tracks with accompanying vocals. The video and record were recorded at Atlanta’s legendary 800 East studio.

What’s fascinating about Zane Smith is all in his name, which combines the names of his parents and represents the everyday human. Smith has been making music since 2014, with consistent, strong releases: Swatches and black, a double record drop in 2016; and the mixtape Poetic Justice and Rebel, both in 2017. “It’s Cool,” at its core, is a breakup song. The lyrics are poetic and Smith wears his heart on his sleeve.

Patrick Taylor, also known as Lazuli Vane, is a multifaceted vocalist, guitarist, producer and engineer. His debut album, The Orphic Rite of the Cult of Sedna, playfully expanded on elements of psychedelic pop and experimental recording techniques. Those techniques reach new heights in “Abraxas.” The video, created by Taylor and Miffy Hornsby, was crafted with dozens of layers of video and stop-motion photography under UV light, all projected onto the bubbly surface of a bathtub. “This is a song about the fleeting experience of psychological apotheosis,” Taylor says. “The feeling of being able to see out of all the universe’s eyes at once. This song doesn’t make a value judgment on this experience, it just documents the feelings inherent to it.”