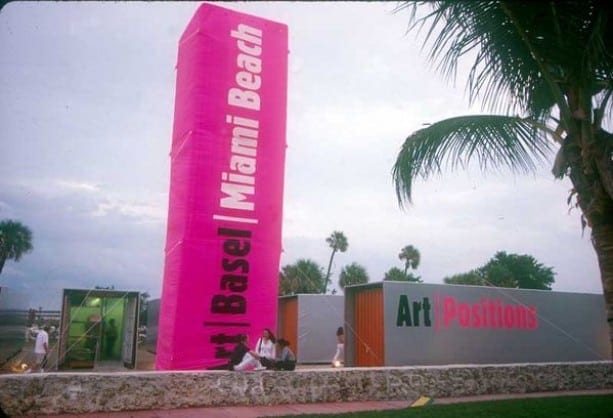 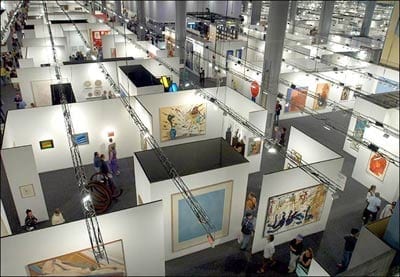 Atlanta galleries will be among the hundreds to decamp to Miami for the mammoth Art Basel Miami Beach and its multiple satellite fairs December 6-9.

Aqua Art Miami, which with 47 exhibitors is among the smaller events, will feature four Atlanta galleries and the gloATL dance troupe. Held at the Aqua Hotel since 2005, the fair was begun by West Coast galleries that felt snubbed by the competitive Art Basel, but it has expanded to include young galleries from across the United States and Canada as well as a handful from overseas. Atlanta’s Saltworks and Get This! are making their first appearances at Aqua this year, joining the returning Whitespace and Georgia State University’s Ernest G. Welch School of Art + Design. A highlight of Aqua’s programming will be gloATL’s three three-hour performances, which will begin at the fair and move onto the beach and along Collins Avenue on the evenings of December 5, 6 and 7. 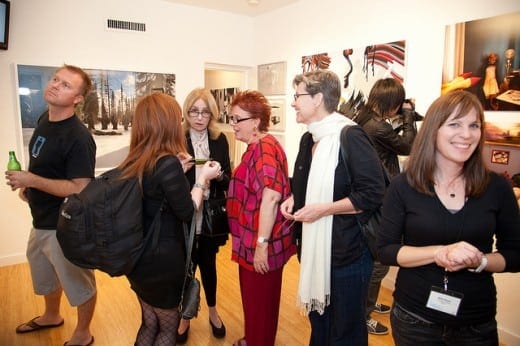 Living Walls returns to Miami this year, curating the outdoor portion of the Fountain Art Fair, where it will also have a booth. Atlanta artist Gregor Turk will have an installation in the upstairs lobby of the Catalina Hotel, site of the Select Fair.

The increase in the number of Atlanta galleries heading south this year may indicate a lifting of the economic pall. As Bridges notes, participation has multiple benefits, both for dealers and the artists they represent.

“It opened doors to museums and curators I never would’ve met otherwise,” she says. “People from all over the world pass through, and they’re not conservative and didn’t think the work was ‘weird,’” she added, describing a challenge that many local galleries face.