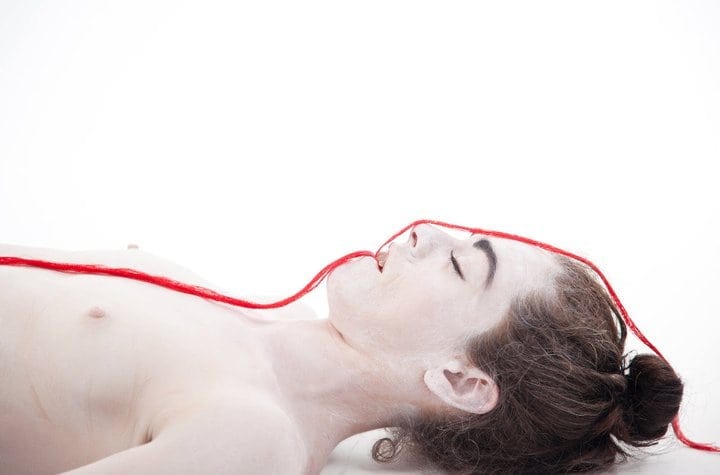 The inaugural edition of “Off the EDGE,” a weeklong contemporary dance festival, is gaining momentum daily as participating dance companies and artists feed off of mounting enthusiasm. Presented by the Rialto Center for the Arts, Kennesaw State University and gloATL, the series will offer numerous community-based arts initiatives across Atlanta from January 23-29. For the full schedule, click here.

Curator Lauri Stallings, director and choreographer of the collaborative performance group gloATL, has been the driving force. Through her growing international reputation and global connections, Stallings has initiated, shaped and developed several facets of the series, from the EDGE/International Artist Series of performances to the EDGE/Zak conversation series to several Artist-to-Artist Exchanges to be hosted by local dance organizations.

Stallings, who believes that globalization is “the greatest dance in the history of the world,” says she is thrilled to witness this formation of identities through interactions of artists from Atlanta and the world. “Off the EDGE is an elaboration of that [globalization],” she says. “Though organized in terms of circuits, [the dances] are small ruptures through physical gesture, conversations, exchanges of tools and techniques, twined around movement.”

Supported largely by the Charles Loridans Foundation, “Off the EDGE” will bring this “swarm” of nationally and internationally known dance companies to the Rialto Center on January 27 and 28. “There is a lot of exciting art being presented here,” says Leslie Gordon, arts director for the Rialto. “It will be interesting to see what type of audience response we get, in and outside of the theater.”

Here’s a preview of what to expect.

EDGE/Zak will launch “Off the EDGE” with a series of panel discussions about contemporary movement. “Vibrant Beings,” led by ArtsCriticATL writer Andrew Alexander and continent editor Paul Boshears, will explore ideas of movement and identity. The panel will include Lar Lubovitch, CORE Dance Director Sue Schroder and WonderRoot Executive Director Chris Appleton. “Martha and Pina,” an intimate discussion with Israel’s “mother of modern dance,” Rina Schenfeld, will take place at Emory University and will be led by ArtsCriticATL’s Cynthia Perry. Additionally, “Meditating Movements,” led by Boshears and Andy Ditzler of Atlanta Celebrates Photography, will reflect on the representation, capture and transformation of performance art through other mediums.

All discussions will be free and will welcome attendee participation.

Moving beyond discussion and into the dancers’ realm of physical expression, the Artist-to-Artist Exchanges will encourage dancers and choreographers to learn new practices and create new works. Ideally, collaboration between visiting guest artists and Atlanta-based host companies will foster inspiration and invention.

Beginning Tuesday, January 24, at North Springs High School, gloATL will host a free dance class. Likewise, Emory Dance will host Keigwin + Company, Zoetic Dance Ensemble will host Zoe/Juniper, and Dance Canvas and the Spelman College Department of Drama and Dance will host BODYTRAFFIC. GloATL will join with Gallim Dance, while CORE and Full Radius Dance will work with the Lar Lubovitch dancers. All the dance classes are free, but reservations are required.

Israeli modern dance legend Rina Schenfeld, a founding member of Batsheva Dance Company and a choreographer in her own right, will be in residence all week at Kennesaw State University. She will perform Sunday, January 29, at the closing event of “Off the EDGE” at Goodson Yard.

It’s anticipated that these new artistic connections in the studio will lead to performance-based vision and inspiration outside of it, establishing fresh revelation and new relationships between companies. “There is no better way of building trust and commonality than getting artists, of any medium, in the studio together [in the] sharing process,” Stallings says.

This will be a free performance series curated by Paul Boshears, consisting of several new locally crafted works. Atlanta-based dance, movement and performance artists will perform in Woodruff Park before the main stage performances at the Rialto on January 27 and 28.

Atlanta artists presenting and performing include Savannah College of Art and Design artist Bernard L. Jackson’s group work “Water Wall Tango;” SCAD’s Casey Lynch, who will build a sculpture on site; a new creation by Full Radius Dance on the theme of surviving survival; Haverty Object Group’s “Ritual Objects” for a storefront installation; Georgia Tech School of Architecture Professor Judy Gordon Buck creating a scale-bending structure; LIFT with a multi-disciplinary creation; a new work by Out of Hand Theater; a piece by Staibdance; and a premiere by John Welker of Atlanta Ballet.

“I think ‘EDGE/Public’ is a fantastic opportunity for people who don’t have tickets to get engaged,” explains Gordon.

Stallings, whose gloATL has led the city in site-specific public performances, agrees that “EDGE/Public” is incredibly important, describing these performances as a “collective of synergy and ultimately response.”

Perhaps the most renowned company on the bill will be Lar Lubovitch Dance of New York, a seemingly timeless yet relevant troupe known for finely tuned musicality, breathtaking fluidity and naturally grounded grace. Founded over 40 years ago, select company members will bring history and perspective to the younger companies such as Gallim Dance of New York, an avant-garde group directed by up-and-coming former Batsheva dancer Andrea Miller. Like Stallings, Miller is taking Ohad Naharin’s Gaga technique — its sense of availability, unusual movement initiations, free flow throughout the body, and subtle, instinctive movement choices — in her own innovative directions.

Keigwin + Co. of New York is one of the country’s dominant upcoming troupes and is led by Larry Keigwin, whose chic choreography shines with electric, theatrical sensibility, commercial awareness and hip panache. In contrast, Seattle-based Zoe/Juniper uses artistic and technological abstractions to create disoriented perspectives and cloudy conclusions, investigating the “in-between” meeting places of physical and fantastical realms.

In addition to these renowned ensembles, the Kennesaw State University Dance Company will perform Ivan Pulinkala’s “Rhizome,” one of that growing dance program’s strongest works to date, and Emory Dance will present work by Bessie Award winner Kyle Abraham, a lithe and sensitive choreographer.

Gordon hopes that audiences will be moved and inspired by the breadth of material to be presented. “I want the audiences to walk away having a new appreciation for contemporary dance,” she says, “but I also want them to know that this is only a piece of the very fertile dance world also blooming in Atlanta.”