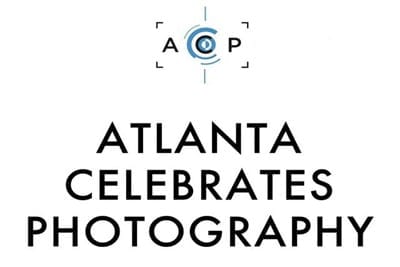 October is photography month in metro Atlanta, thanks to the efforts of Atlanta Celebrates Photography.

During the 11 years since its inception, ACP has evolved into one of Atlanta’s liveliest arts institutions. In addition to exhibits, its programs encompass lectures, public art projects, services for professional artists and participation opportunities for amateurs.

As its scope has broadened, so has its mission. Originally conceived to promote photography, ACP now sees itself as a community-builder. Says executive director Amy Miller, “We want to make culture happen.”

To that end, ACP initiated a number of new programs this year. “Greenhouse,” for example, is a series of meetings in which photographers can discuss ideas, ask advice and share information. Each meeting will include all types of photographers to encourage cross-pollination.

In another new venture, ACP has recorded video interviews with 10 of Atlanta’s established photography collectors, asking why they became collectors and what it has meant to them. The videos, which will be available through the Atlanta Contemporary Art Center and Museum of Contemporary Art of Georgia, are intended to inspire a new generation of patrons.

The recession hasn’t affected ACP as much as other organizations, Miller says, because its model has always been to leverage partnerships and collaborations. The impressive guest-speaker list is possible, for example, because ACP joins forces with galleries that show the artists, museums and other organizations.

Gregory Crewdson, internationally known for his elaborate staged tableaux, will appear at the Rialto Center for the Arts on Oct. 15 because ACP was able to partner with the Society for Photographic Education to attract him. In turn, the SPE chose Atlanta in October for its regional meeting so that it could piggy-back on ACP’s exhibits and programs.

It’s this kind of synergy that has fed ACP’s momentum, buoyed the organization during these hard times and made it a role model for the benefits of pooling strengths and resources.