Musical tastes can be a divisive thing. At a party, your friend may put on Mahler, while you just want Mozart. Your cousin’s fiancé puts on Migos, but all you want is Mariah. But when Marvin comes on — and especially his seminal record What’s Going On — you and the room will happily groove together. Those pitch-perfect opening notes sublimely pull you in, and then Gaye’s voice holds you for the next 35 minutes and 38 seconds of sonic bliss. It is a perfect album, one that immediately brings you back to your first listen while simultaneously speaking to you in the present. An album like this, timeless and endlessly inspiring, is the type that ATL Collective consistently honors and celebrates live with friends and fans of classic records. On June 16, they’ll be lighting up Terminal West with their track-by-track rendition of What’s Going On, an album that turned 46 years old a few weeks back but has lyrics and moods that feel straight out of today’s headlines. 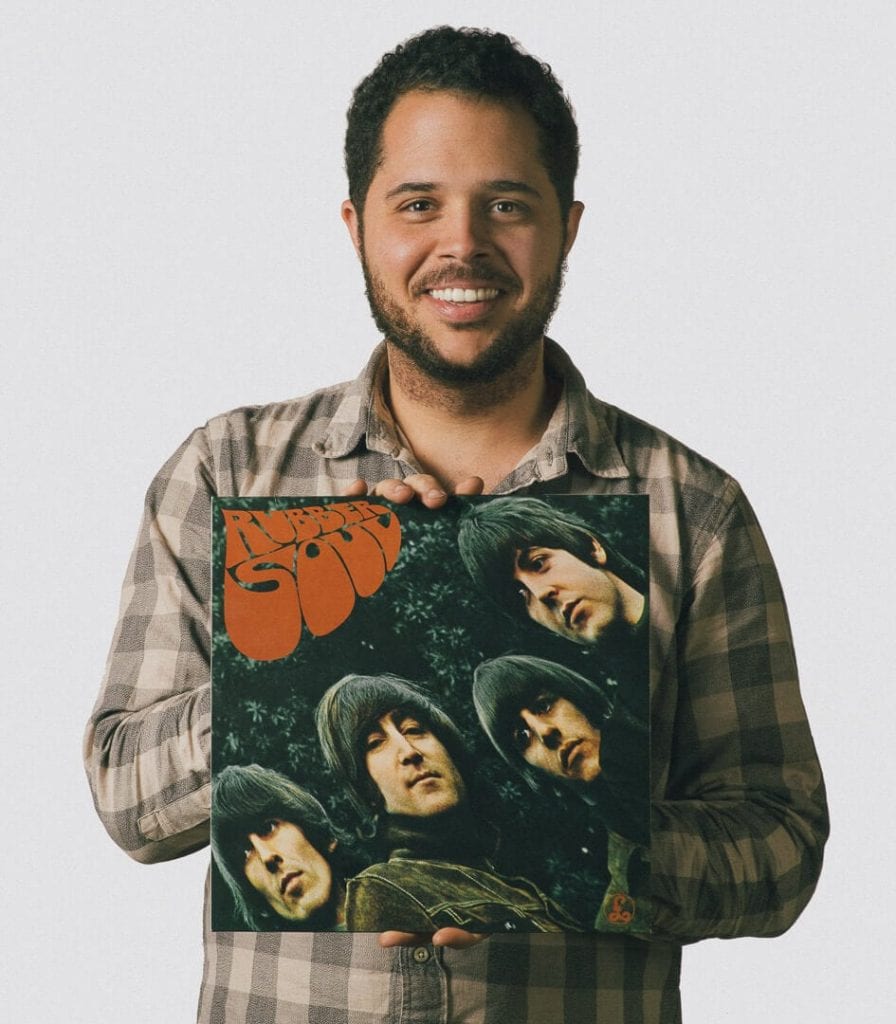 “ATL Collective is an ongoing concert series dedicated to reliving albums in sequence, and we do that in order to introduce Atlantans to their new favorite artists while they sing along to their old favorite songs.” With that elevator pitch, cofounder Micah Dalton introduced me to the motivation behind bringing an eclectic mix of musicians together to recreate classic records in front of adoring, but also critical, crowds. The Collective doesn’t put on a note-for-note cover concert, but instead a faithful “reliving of these classic works,” Dalton says, “that feature these undeniable moments in recorded music.” You’ll always recognize the songs, but he adds that “if there’s a song that we think has space and there’s a person who has the capacity to reimagine it, we want to encourage that. We want you to say, ‘that was a really cool moment.’”

The laundry list of albums covered by the ATL Collective is impressive. James Brown’s Funky Christmas. Michael Jackson’s Thriller. Dolly Parton’s Jolene. Radiohead’s OK Computer. These are iconic album titles that immediately fire neurons in your brain, bringing melodies and the treasured memories that those songs soundtracked to the forefront of your mind. For each record played, ATL Collective brings in a new mix of artists that are a who’s who of up-and-coming talent and veterans of the Georgia music scene. Past lineups have featured a sundry mix of musicians such as Adron, Fred Wesley, Ruby Velle, Yani Mo and Hello Ocho. Curating this diverse group is no easy task, but it’s a main part of the Collective’s mission. They want the audience to enjoy themselves, but they also want to encourage a deeper sense of community that connects these musically, and geographically, diverse musicians spread out across Georgia. “We encourage harmony, we encourage collaboration,” Dalton says.

The What’s Going On concert is close to Dalton’s heart, thanks to a deep and personal connection he has with the record. “Personally, I’m extremely passionate about that record. My Dad worked for SCLC on Auburn Ave., and that was one of the first records I remember hearing.” What’s Going On’s mingling of somber social commentary and hopeful musical melody resonated in his household of music-loving parents. “As a biracial person, I feel like I got the best of both worlds in terms of folk music and R&B music, and my father really implemented this idea of consciousness and music helping everybody being conscious of what’s going on.” A message of questioning what’s happening around us stays relevant today. For Dalton, this concert will be a perfect opportunity to “hopefully honor what questions that Marvin would ask today and honor that legacy.”

“In the early days, I would have to learn songs last minute because there wasn’t anybody else to learn the songs.” Thanks to the success of the shows, he’s able to enjoy more and more of the concerts as an audience member. The musical community, and the audiences that come to hear them, that the Collective has helped to cultivate has come to recognize the level of quality, fun and professionalism that being on this stage demands. As audience interest has grown to propel the shows from the back room of a former coffee shop on Edgewood Ave. to an upcoming event at the Variety Playhouse, so, too, has the demand grown from musicians wanting to be a part of the experience.

The formula for finding the right musicians to honor these albums is part magic, part luck and part meeting the demands of talent attracted to the idea. For this coming show, they have a musical mix that features “Terrence Brown from All Cows Eat Grass, who has worked with Janelle Monae, and Adron” (known for her brilliant Brazilian-influenced pop), and it “brings a real interesting overlap of scenes . . . because we believe in the musical voice of the city.” By focusing on the album template, and not just the radio hits, the Collective helps elevate the musicians above the typical cover band experience and creates a band that is serving the whole record — and each other. Dalton feels the Collective is lucky, because of the group of singers and players that contribute. “They share a deep affection for these works and an ability for communal music making — they like the idea of participating in it . . . just feeling mad good about playing music.”

This deep affection takes hold of the crowd. At a recent show recreating Sade’s Love Deluxe, the band and the crowd set the room on fire. The joy from the stage mirrored the joy in the audience, and the whole room worked together to elevate the songs to a new place. Reflecting on that, Dalton shares that, “Success for us is, ‘Did you have the best time of your year here? Cool, when can you come back?’”

Unbelievably, there was only one full performance of What’s Going On performed by Gaye, on May 1, 1972, in Washington, D.C., which was declared Marvin Gaye Day. It was his first live performance in four years, and he accidentally started with “Right On,” the first track on the second side. Nonetheless, it was a success, buoyed by the power of the music and the musicians on stage. We should expect no less from our homegrown talent this Friday at Terminal West. After all, a roomful of Atlantans who “know we’ve got to find a way/To bring some lovin’ here today” will be happy to rise up and meet that challenge with the musicians onstage.