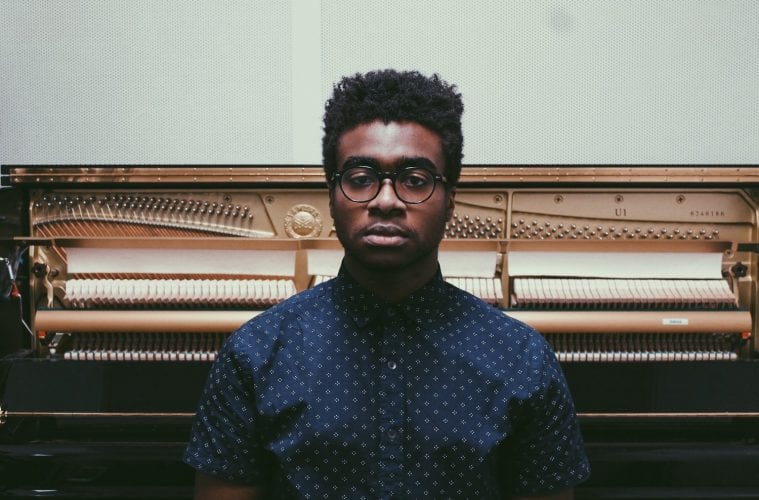 At the age of 19, Atlanta jazz prodigy Morgan Guerin aims to make his musical mark

Morgan Guerin is just 19, but in that short span of life, he has released two impressive self-produced albums, toured with some world-class musicians and formed a progressive, cross-genre, experimental band with his peers, all the while continuing his studies at the New School of Contemporary Music in New York City.

Born in New Orleans, Guerin moved to Atlanta in 2009. His band, Grüt, released an album over the summer, Side Room Stories, and they perform Tuesday night at Smith’s Olde Bar.

Rhythm seemed to be in Guerin’s DNA at birth. His musical talents were recognized early on by his grandmother, who used to sit with him on her lap, playing a groove to the then four-month-old. Guerin could reproduce the beat with his tiny arms to the astonishment of friends and family.

By the age of two he was playing on his first drum set. By early childhood, he was immersed in the vibrant music scene of New Orleans. His father, Roland Guerin, is an accomplished jazz bassist and introduced his son to members of the Marsalis family, the drummer Herlin Riley, the saxophonist Donald Harrison and the late pianist/composer/producer Allen Toussaint. 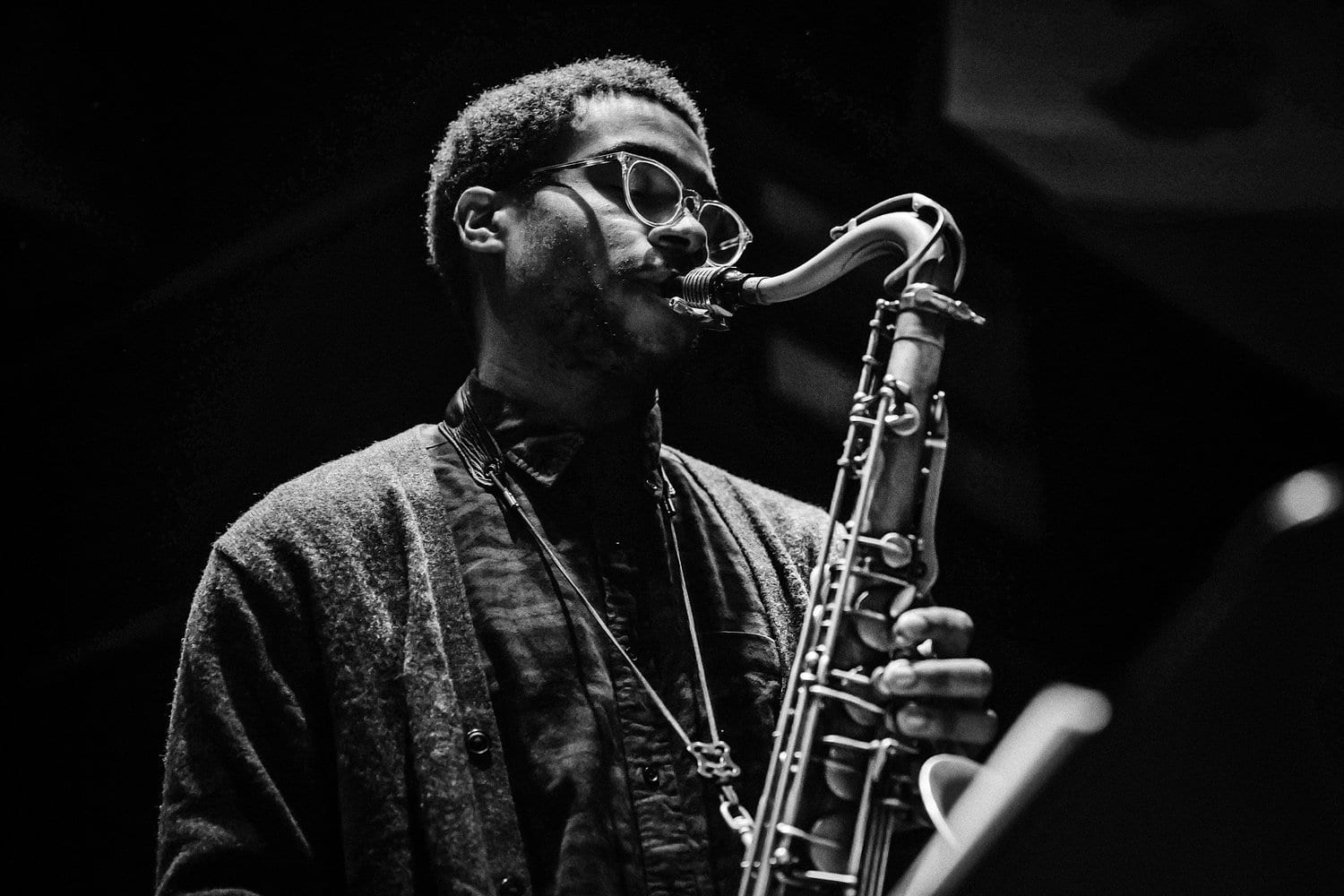 Guerin started his career as a drummer but is now a multi-instrumentalist.

By 2005, Guerin had added saxophone and the EWI (electronic wind instrument) to his arsenal of instruments he could play, and for the last three years he has been honing his skills on the bass. He can also play keyboards, which he uses for formulating musical ideas.

Guerin has attended elite jazz workshops in Vail, Colorado, at Berklee in Boston and at the New School in New Orleans. “It was my first introduction to playing with other students from across the US who were all extremely serious about what they were doing,” he says. “That was huge for me.”

Two years ago, when he was 17, Guerin released his first album, The Saga, an ambitious project where he played many of the instruments and wrote all the compositions.

But before life as a professional musician, Guerin decided to study music at the college level and is now attending the New School of Contemporary Music in New York City.

“The main reason I wanted to go to the New School is because they allow you to choose your teachers,” he says. “You can choose anyone you want on any instrument. They give you like a list of maybe 700 musicians that are available to teach through the program.”

Living in New York City and being around the crème de la crème of the world’s jazz musicians was the ultimate pull for Guerin, who received a scholarship to Berklee but opted for New York instead.

“The opportunities in New York, the people, the places, the musicians that are already there, were all important,” he says. “I didn’t feel like I needed to wait.” 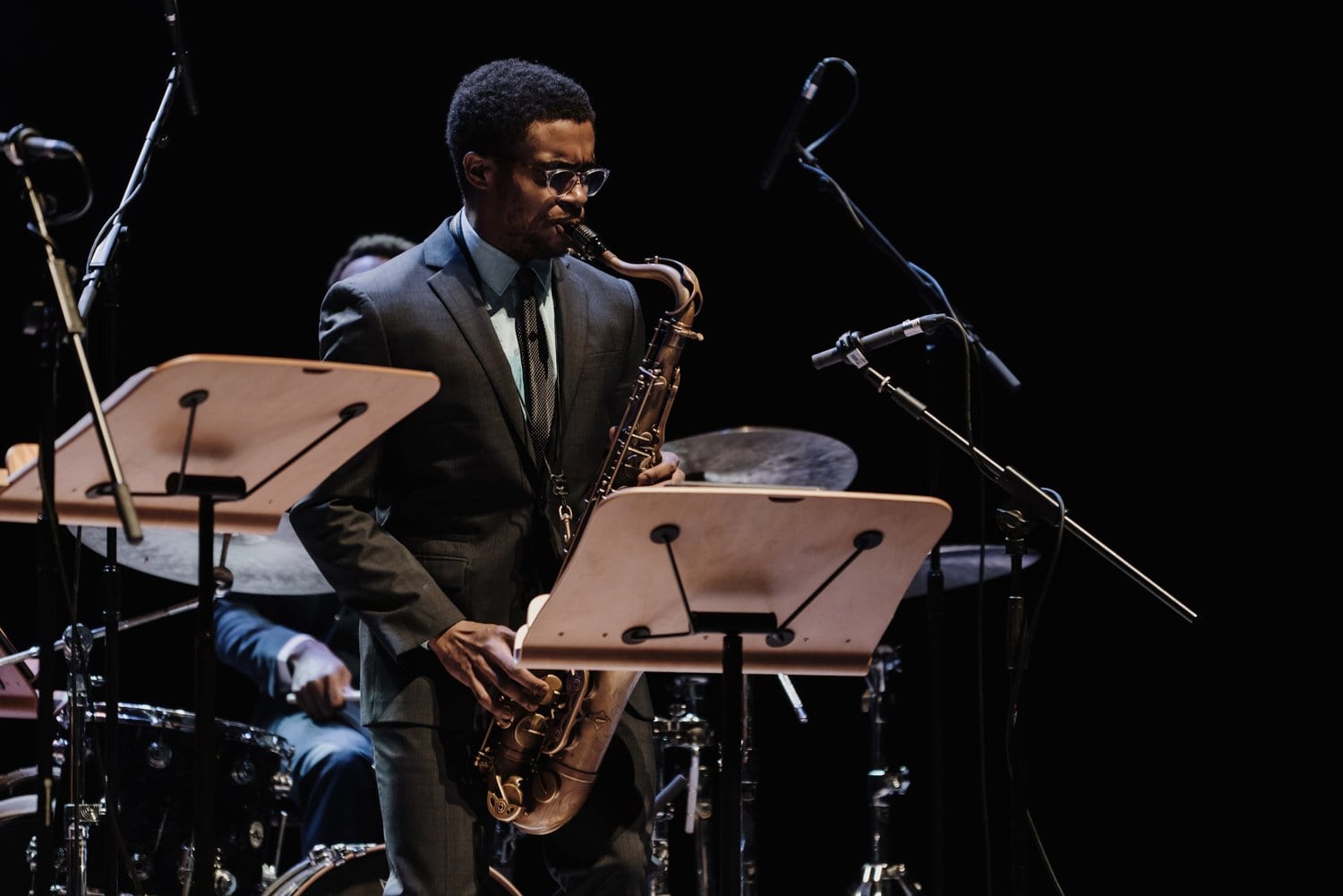 Before he heads back to school in New York City, Guerin will perform Tuesday night with his band, Grüt.

While in New York, Guerin made the most of the opportunities that the city had to offer, taking part in late-night jam sessions at venerable jazz haunts like Smalls in the Village or as the occasional sideman with fellow Atlantan Russell Gunn and drumming legend Jimmy Cobb at a gig at Dizzy’s Club Coca Cola.

Last year, Guerin started his career as a touring musician when Azerbaijani pianist Amina Figarova, who had played with his father and chose the young man to play saxophone and EWI with her sextet.

“She’s an amazing pianist,” says Guerin. “She was the first bandleader that took me out of the country. She asked me to play with her in Istanbul, Turkey, and that was the first time anyone has taken me on the road.”

Guerin also plays bass in the band Social Sciences with drummer Terri-Lyne Carrington, whom he met at a band camp at Berklee, where she teaches full-time.

“Grüt is a band that started in Atlanta at the Elliot Street Pub, getting together on Tuesday’s, opening for Kevin Fox’s jam,” says Guerin. “There is a bunch of jazz elements, some electronic elements, even indie rock and experimental music elements in our work. It’s not easy to place it in any particular genre.”

Guerin returns to school at the end of the month. He looks forward to increasing his exposure to some of the musical talent that the New School has to offer. He has an unquenchable thirst for knowledge in every aspect of his craft and some lofty ambitions.