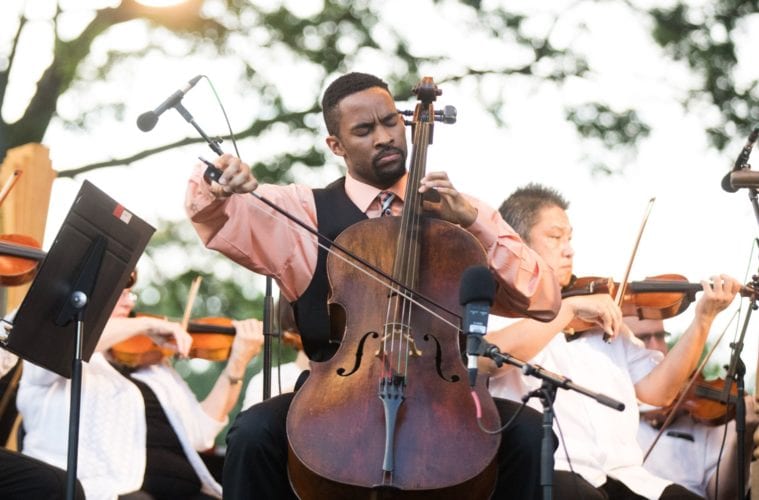 It was as early as 1989 that Azira G. Hill, an Atlanta Symphony Orchestra board life director, initiated efforts for a more inclusive ASO with the belief that diversity on the concert stage would result in diversity in the audience. She led a group of pioneering community leaders in designing and launching a project to attract more talented young musicians of color into classical music careers. As a result, the ASO’s Talent Development Program was born.

In a special Saturday evening concert and preconcert recital, the ASO will celebrate 25 years of preparing gifted African American and Latino music students for acceptance into top music schools, setting the groundwork for careers as professional musicians, through the talent program.

The concert, in which Talent Development Program alumni will join music director Robert Spano and the ASO to honor the program’s successful history of musical and social impact, will take place at 8 p.m. at Symphony Hall, preceded by a preconcert recital by current fellows at 6:45 p.m.

What began as offering supplemental music lessons and ASO concert tickets to students in Fulton County and Atlanta Public Schools now offers opportunities to youth in all of metropolitan Atlanta, including private and home-schooled students who range from fifth to 12th grade.

Today, it stands as one of the longest-running, year-round musical education diversity programs in the nation. Nearly 100 fellows have graduated from the program and gone on to attend top music schools, leading many to professional careers in orchestras, teaching and as independent performing artists.

The talent program has, and continues to, advance the vitality and relevance of symphonic music across an increasingly diverse Atlanta to create a stronger bond between ASO musicians and the communities they serve.