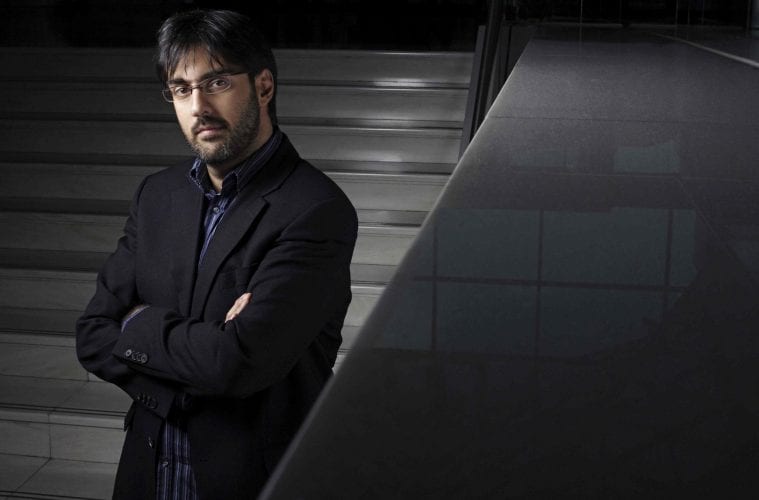 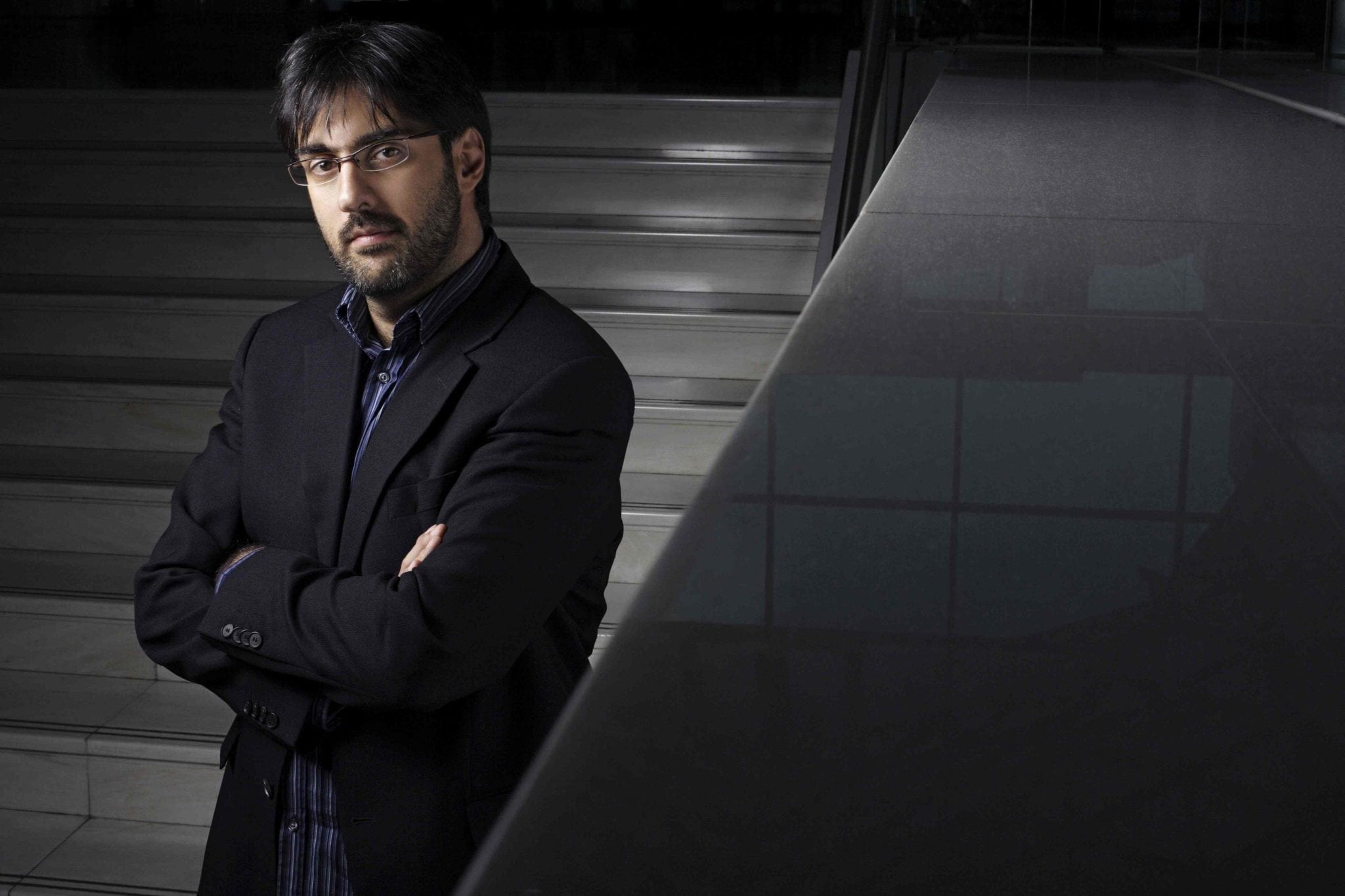 Leonidas Kavakos was not only the featured soloist but the guest conductor. (Photos by Yannis Bournias)

Thursday’s Atlanta Symphony Orchestra concert heralded the return of Leonidas Kavakos, a brilliant and intriguing young violinist who has developed a side career as a conductor. On this visit, he took over both roles. The audience was swelled with members of the American String Teachers Association, in town for their national conference, and a large contingent of their students.

First up was Mozart’s Violin Concerto No. 3 in G Major, and problems quickly emerged: coordination, intonation issues, a misbehaving horn. The first movement seemed rather flat and shapeless, missing the electric buildup it needs to move it forward and the exuberance it exudes when played well.

It was rescued by Kavakos’ grace as a soloist. Today’s world is filled with violinists of amazing virtuosity. But what Kavakos brings is a tone that seems sent from God — bright, sweet and as pure as can be. The cadenza, which I believe he wrote himself, was extravagant and challenging, but he played it with such confidence and lack of pretension that it seemed just a natural extension of the movement.

By the arrival of the Adagio movement, the orchestra had settled down. Here it was possible to see the kind of interplay that makes this concerto work so well, and the spare, transparent sound that Kavakos wanted to achieve from the orchestra became apparent. The finale, with its vivid contrasts of rondo and allegro forms, managed to transmit emotion despite the feeling of restraint.

The balance of the evening afforded a look at a couple of symphonies that share a common fate: both were written next to better-loved masterpieces from their creators and are comparatively neglected. Mozart’s Symphony No. 34 in C Major, which came just before No. 35, the “Haffner,” and No. 36, the “Linz,” stood up rather well in Kavakos’ reading. Its Vivace outer movements had a nice energy but never felt forced, and the inner movement had the right degree of introspection. (No. 34 has only three surviving intact movements.) Notes started without the sharply defined edges I would normally want to hear, and this gave the performance a sort of tentativeness. But Kavakos gave the score a shape and an overall feeling that was refined and understated. The energetic conclusion seemed to prefigure music’s next big thing: Beethoven, which in this case arrived right after the intermission. 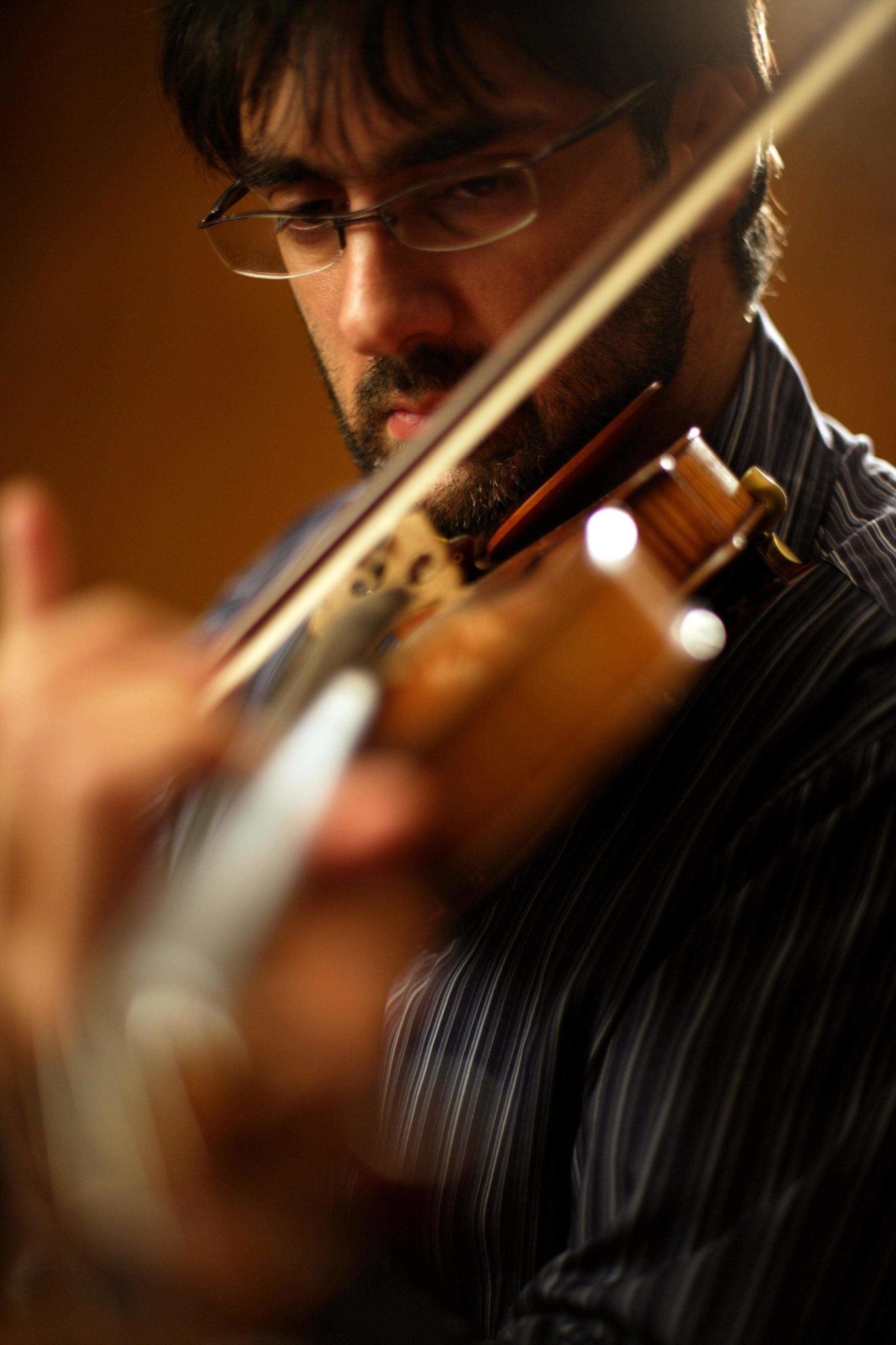 Beethoven’s Symphony No. 4 in B-flat Major was sandwiched between No. 3, the “Eroica,” and the mighty No. 5. So it, too, must suffer from sibling comparisons. It’s still Beethoven, though, and has the virtue of not being overplayed. Kavakos’ approach is not to milk the work for all of its dramatic impact. He never overdoes the volume or gets carried away with the timpani. The adagio that begins the first movement seemed artificially sluggish. But he is at times extremely fleet, and there is an overall energy that propels his version forward. Not the kind of storm that might be more typical, at least among large orchestras, but a “feels about right” sense of Classical restraint.

Kavakos is fun to watch. He dressed like a young Greek version of Hugh Hefner. His conducting is quirky: mostly barehanded, ambidextrous, with lots of elbow and wrist action. Some of the issues that plagued the evening might be attributed to his having pared the orchestra down. He used about 30 players for the concerto, which gave them some of the texture of the European chamber orchestras he’s worked with but also left them very exposed.

The parlor trick of conducting while performing as a soloist could also be a factor. Kavakos has done this to some acclaim, but mostly with the aforementioned chamber orchestras, specialists in this sort of music, used to playing as tight-knit groups, used to working with the conductor-soloist, and well rehearsed. Trying to make this work with players from a big, multi-purpose ensemble can’t be easy, and the soloist might have to choose how to divvy up his attention between the tasks.

Despite these problems, it was nice to switch gears a bit and hear an alternative approach. And the sweetness of that violin tone will be in our ears for a while.

The concert will be repeated on Friday and Saturday at 8 p.m.