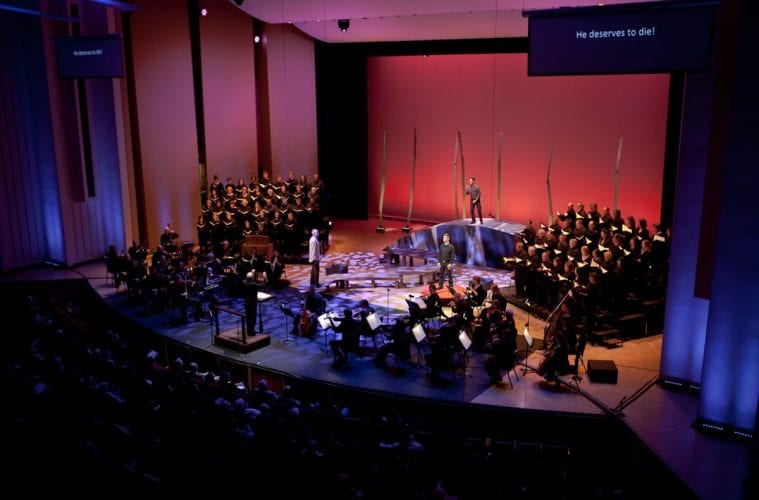 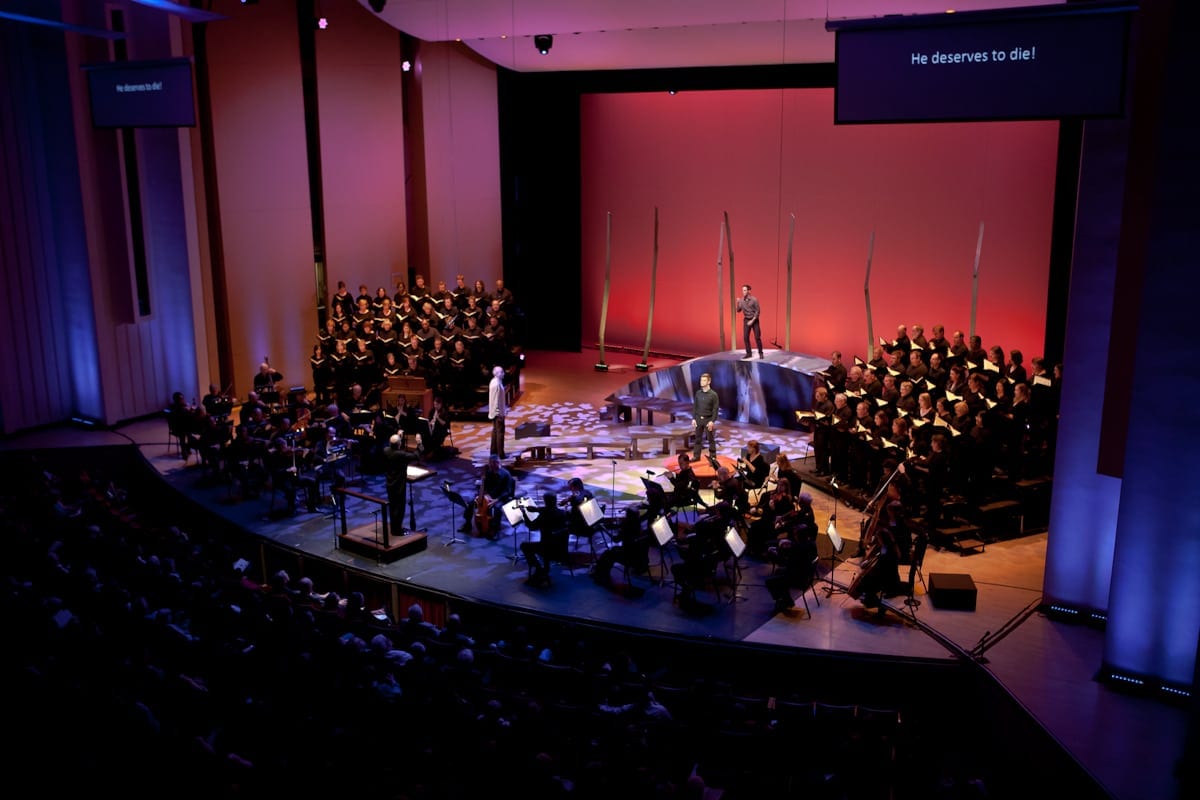 The “St. Matthew Passion,” written in the 1720s by Johannes Sebastian Bach, is one of the great touchstones of classical music, yet it is performed quite rarely. Even though choral music is a major specialty for the Atlanta Symphony Orchestra, it had performed the work only three times before this season. On Thursday night, the ASO brought it back for the first time since the Robert Shaw era, this time in an elegant semi-staged production.

Why is such a masterwork so rarely heard? Its length, at about three-and-a-half hours, is obviously a factor. It’s also a tricky work to put together: it’s complex, it requires soloists of the highest caliber, and the wrong approach to conducting can turn it into a long and boring night. This is a piece that works better with an “active listener.”

The word “accessible” is often thrown around in relation to modern music, but it also applies to Baroque music. It has been said half-jokingly that George Frideric Handel, a contemporary of Bach’s, was the Andrew Lloyd Webber of his day. Handel’s “Messiah” is almost foolproof, can be sung by amateur choirs and soloists, and is popular with a wide swath of the general public. None of that applies to the “St. Matthew Passion.” But for the right audience, this is a more rarefied experience.

Based on the Gospel of Matthew, the work tells the story of the last days of Jesus Christ. It was written to be performed as part of a church service, with a lengthy sermon thrown in to stretch things out a bit. The structure has several elements: the narration, mostly quoted directly from the German translation of Matthew and presented in sung recitative, much of it by a tenor (the Evangelist) over light accompaniment; soloists whose arias give the work a reflective element and become its greatest musical moments; and the choruses, which meditate further on all of this and also sing hymn-like elements.

There are two small orchestras, two choruses and a treble choir. Robert Spano, the ASO’s music director, divided the ASO Chamber Chorus in two, placed on risers in the back corners of the stage. The orchestra, similarly divided, sat in the left and right foreground, with the central area occupied by a sloping platform, behind which were abstract crosses. The Gwinnett Young Singers served as the treble choir and sang from the first balcony. In Bach’s time, their role, as well as that of the female voices in the chorus and even the female soloists, would almost certainly have been performed by boys (altos and sopranos) and castrati.

As it turns out, this was one of the great triumphs of the ASO season, an evening of great variety and shimmering beauty, anchored by world-class soloists. The Chamber Chorus, dominated by youngish voices, sings with a clear, alluring sound and has the fleet responses needed for this demanding work.

Spano managed to get a similarly transparent texture from his orchestra. The ASO is about modern instruments, but here the players seemed to transform their sound into a fine approximation of period instruments: viols, recorders and such. Bach varied the accompaniment for his soloists, and the result here was an evening of little chamber groupings that kept the evening moving around. Under Spano, it all became quite magical, never dragging.

The role of the Evangelist, which calls for cruel vocal leaps, is especially demanding. A young tenor, Thomas Glenn, sang with great clarity and agility, despite imprecise intonation. He is a charismatic performer, and he moved with unusual grace in a production where he remained center stage, with mostly choreographed movements, almost all evening. 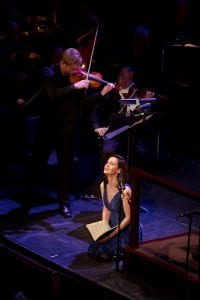 Dietrich Henschel, a bass-baritone, gave a riveting performance as Jesus. His voice is expressive, commanding and rich. The soprano soloist was the esteemed Heidi Grant Murphy, who sings with warmth and refinement. Her voice is not huge, yet it manages to project to every seat.

Kelley O’Connor, a young mezzo-soprano, was stunning. The mezzo has a pretty big night in this work, and some of the most beautiful music, and this showed off O’Connor’s ample power, flexibility and range. The fine, dark coloring of her voice is perfectly matched to this material.

Tenor Thomas Cooley has a resonant, vibrant sound, sweeping gracefully from top to bottom. And Stephen Powell has a powerful and rich sound. Eight additional soloists were drawn from the resources of the chorus, and all were excellent.

Anne Patterson was responsible for the production: sets, costumes, lighting and stage movement. This was all done tastefully, using and enhancing Symphony Hall’s elegant modernist appearance. (See, it’s possible to say something nice about Symphony Hall!) The room was darkened and colors washed over the concrete structures surrounding the stage and a giant screen in back. The platform and crosses dominated the stage. Musicians and singers were dressed simply in black, and the soloists wore subdued modern street clothes.

Patterson moved her soloists around all over the limited stage and occasionally placed them in the balcony. This is not a work that calls for them to interact, but the effect of her direction was to enhance the overall impact of the work.

The “St. Matthew Passion” is divided into two sections. But, apparently in order to make changes to the stage, there was a second intermission, with the second section divided into two parts. This did no great harm to continuity and was easier on the backs of the audience. It is a testament to the holding power of Bach and the quality of the performance that most of the audience remained until the end.

The concert will be repeated Saturday at 8 p.m.