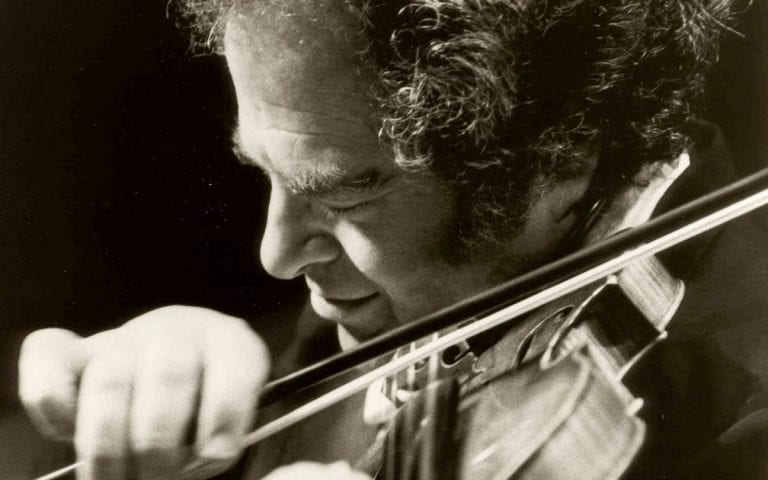 A sold-out Symphony Hall greeted Itzhak Perlman, who appeared Thursday night as both violinist and conductor with the Atlanta Symphony Orchestra in a performance of music by Vivaldi and Mahler. Perlman and the orchestra will perform the concert again tonight and Sunday afternoon.

It most likely didn’t matter to the vast majority of the audience what was on the program; they came to see and hear the legendary Perlman. It’s not the first time he has appeared with the ASO in the double roles; he did so in November 2010, to somewhat mixed critical response.

Vivaldi’s “The Four Seasons” has long been a Perlman staple. A repackaging of his analog recording of the work with the London Philharmonic Orchestra, digitally remastered in 1987, was released last year on CD by EMI Classics in its resurrected EMI Masters Series, then again in January on HQ vinyl LP. As on its 1987 release, EMI supplemented “The Four Seasons” with three other violin concertos by Vivaldi that Perlman recorded with the Israel Philharmonic — an orchestra with which he also recorded another version of “The Four Seasons” that EMI released in 1990.

“Summer” and “Winter” from “The Four Seasons” opened Thursday’s concert. Combined, they last about 22 minutes, based on the repackaged EMI track times. One would think that performing all four seasons would have been a natural, but Mahler’s Symphony No. 1, which came after intermission, requires just under an hour to perform, bringing the total to 78 minutes of music — the same length as the ASO’s most recent subscription concert of two weeks ago.

What extended the concert beyond that was talk. Perlman presented a lecture-demonstration before each of the brief concertos, having the reduced orchestra of strings demonstrate bits and pieces to illustrate brief points. When it comes to these things, Perlman is especially affable in speaking to an audience. The larger part of those gathered clearly enjoyed it, laughing at the well-scripted jokes, and Perlman’s charismatic style kept it moving along.

The performance itself was modern rather than historicist in approach, suited to Perelman’s personal style rather than the other way around, allowing it a characteristic Perlman sound. He led from the solo violinist’s chair, in this case next to Concertmaster David Coucheron rather than centered where the podium might have been. The first two movements of “Winter” felt a bit rushed; the “Largo” second movement with its pizzicati could have benefited from a more relaxed pace.

Being a widely revered instrumentalist does not automatically make one a conductor of equivalent note. It is one thing to lead a Vivaldi concerto from a soloist’s chair, having done so for decades, and quite another to wield a baton at the helm of a Mahler symphony and the large, diverse musical forces it requires.

Despite not having the same acumen as conductor that he does as violinist, Perlman took his own path with Mahler. There was much excellent and exciting playing by sections and individual members of the orchestra, though the strings felt curiously underbalanced for the most part. The orchestra itself did a fine job, though I was not fully convinced by Perlman’s take on the symphony as a whole, however sincere. Its grandiose end, expansive but not overwrought, definitely pleased the audience, which applauded with exuberant gusto.

It may well be that Perlman’s development as a conductor is part of a current trend to get famous soloists onto the podium — witness violinist Joshua Bell’s emergence in the conducting arena. Or it may be something else entirely. The universe has never promised the zenith of a career to come at life’s end for any of us. A couple of years ago, one dismayed critic in Chicago went so far as to write about longing for “a flicker of the Perlman of old.” Especially if you are a devout Perlman fan, you can take that with whatever amount of salt you have at your disposal. I, for one, would still much rather hear him play violin, or play and lead with the bow, than conduct from the podium.

Nonetheless, Perlman remains a beloved figure and a huge box-office draw. Among that handful who reach iconic status in the public mind, he has remained one of the most resilient and optimistic. But even they, like us, are only human. And in the end, it is precisely that which makes our music making so wonderful.