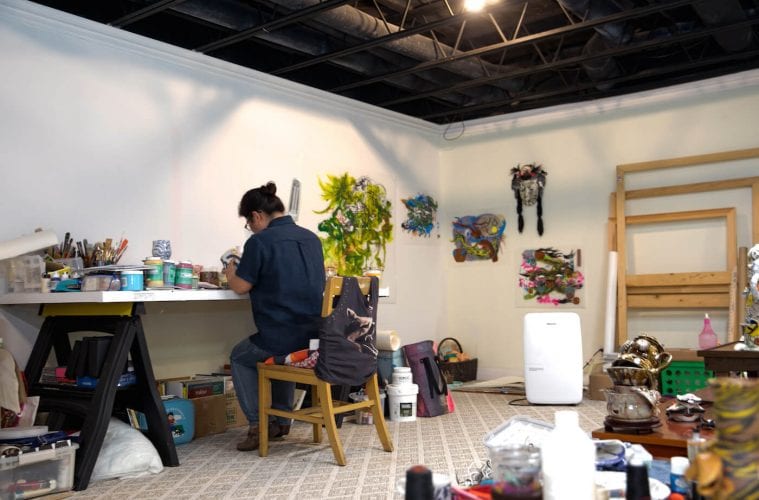 “Identity is a mutation,” says Korean-born, Atlanta-based artist Jiha Moon. “It’s a hybrid of two to three things. Like if you’re foreign, a woman and a person of color, those characteristics bond together to create something else. That new creature, that’s what I’m interested in.” 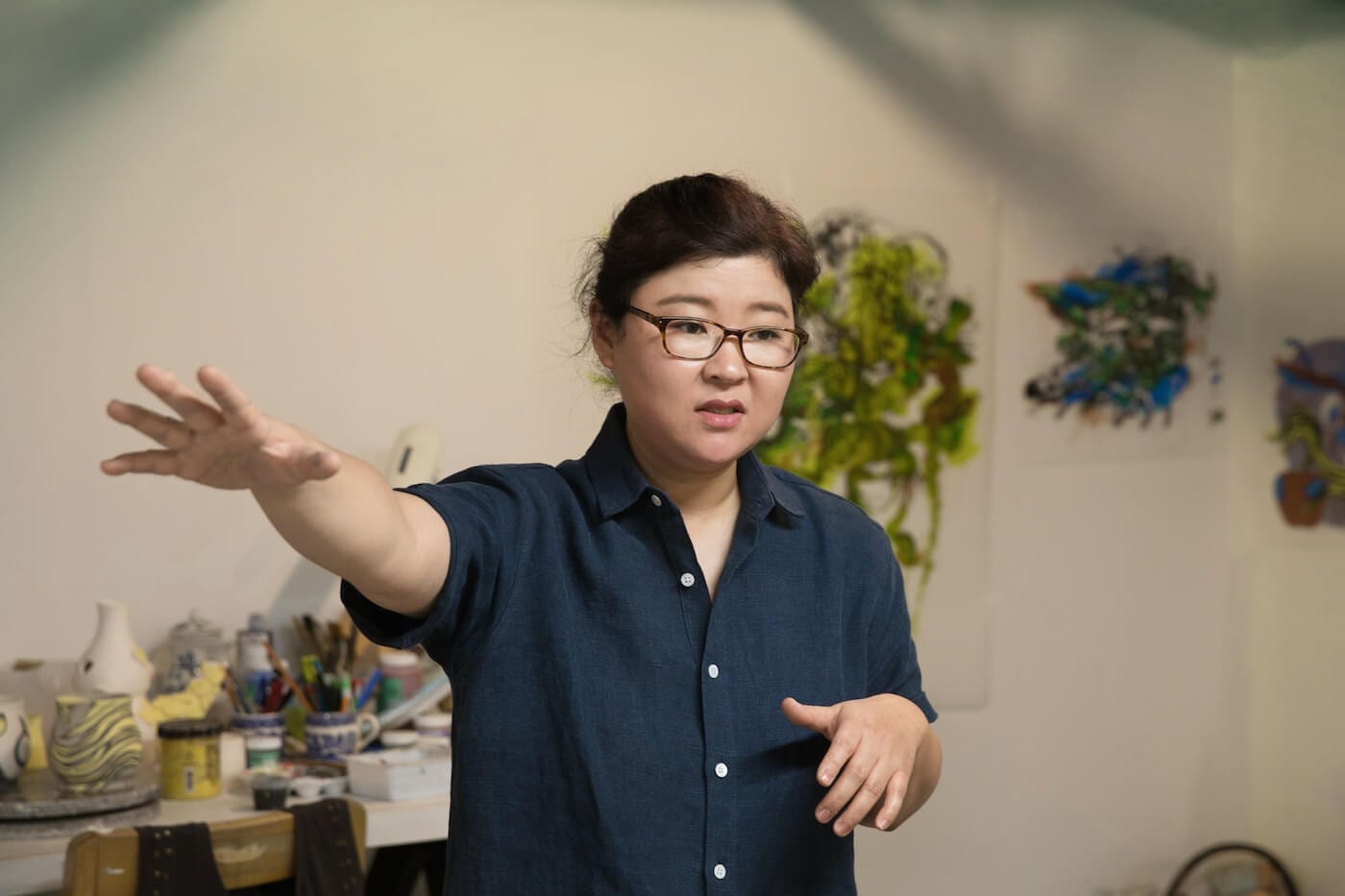 Throughout her body of work, Moon has explored the sense of displacement, of purgatory, that she says she often feels when she returns to her native South Korea. Despite the influence her heritage has had on her work, Moon says she often feels she doesn’t belong either here, in the U.S., or in South Korea, where she says she still can feel like a tourist when she visits, despite having grown up there.

The upcoming exhibition Where Serpents Change Their Skin, opening at Alan Avery Art Company on November 9, will be her first solo show in Atlanta in five years. “I feel good and a little bit anxious,” says Moon about her return to Atlanta’s arts scene.

Back in 2013, Moon’s world looked a little different. She was just settling into her studio at the Goat Farm Arts Center to work on large-scale pieces for exhibitions including 2013’s All Kinds of Everything at SCAD Atlanta’s Gallery 1600 and her 2013 MOCA GA show under the Working Artist Project grant.

Since then, Moon has been busy showing her work everywhere from New York to South Carolina and Virginia while also finding time to take a much-needed break. In the past few years, a traveling exhibition organized by the Halsey Institute of Contemporary Art and Taubman Museum has brought her work to new audiences at more than 10 museum venues across the country. 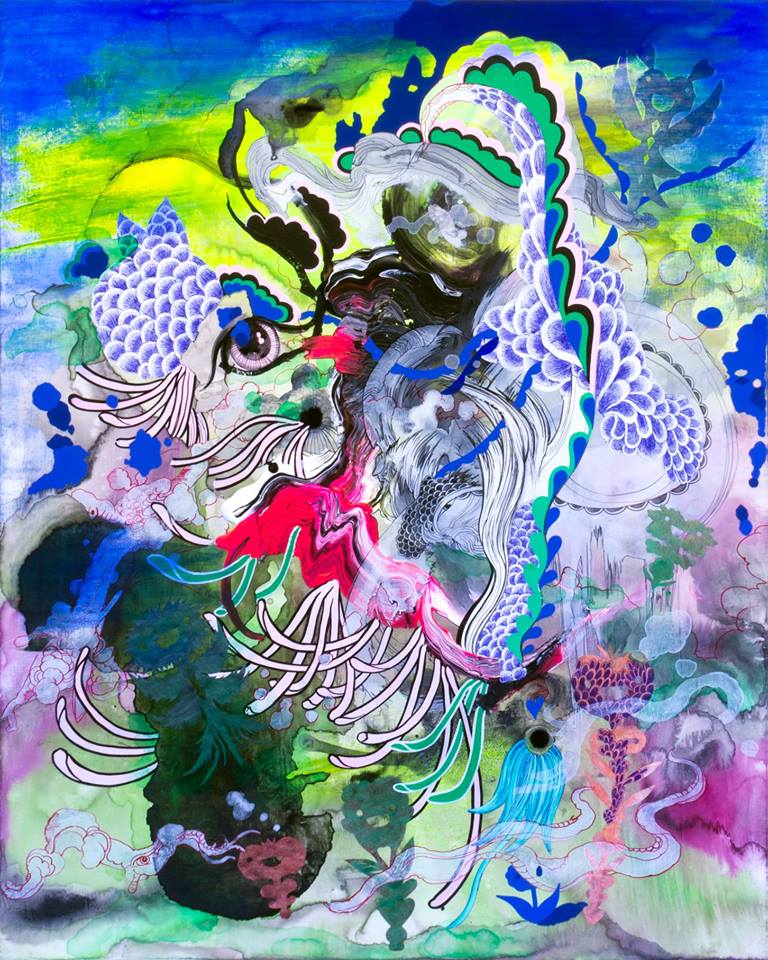 “It’s weird, I had to do super well [in Atlanta] in order to get attention in my home country of Korea,” she says. “I had a show there in 2011. However, now as an adult, I’m focused on building my career here in America. It’s the same way with Atlanta, if I do well somewhere else like New York. It’s a strange cycle.”

Moon first came to the U.S. at 26 to pursue her MFA at the University of Iowa and shortly after met her husband. Prior to moving to the U.S., Moon says that she had a dream of what American life was like: Her work often illustrated American pop subjects and family portraits, what she imagined America to be. She shares that when she came here, she realized it’s quite different. “That always happens wherever I go,” says Moon.

Her work started to transition during her time here: She began to explore Korean art and its traditional elements. Her work started merging eastern and western cultural symbols and color palettes, with mixed-media pieces using traditional Haji paper, acrylic paint, fabric and other materials, in a way, calling to her evolving identity as a Korean-born resident of the U.S.

Those questions about layered identity moved forward Moon’s work and earned her prestigious awards, like the Joan Mitchell Foundation Award in 2011. Her work is now included in collections at the High Museum of Art, the Asia Society in New York and the Hirshhorn Museum and Sculpture Garden in Washington, D.C. 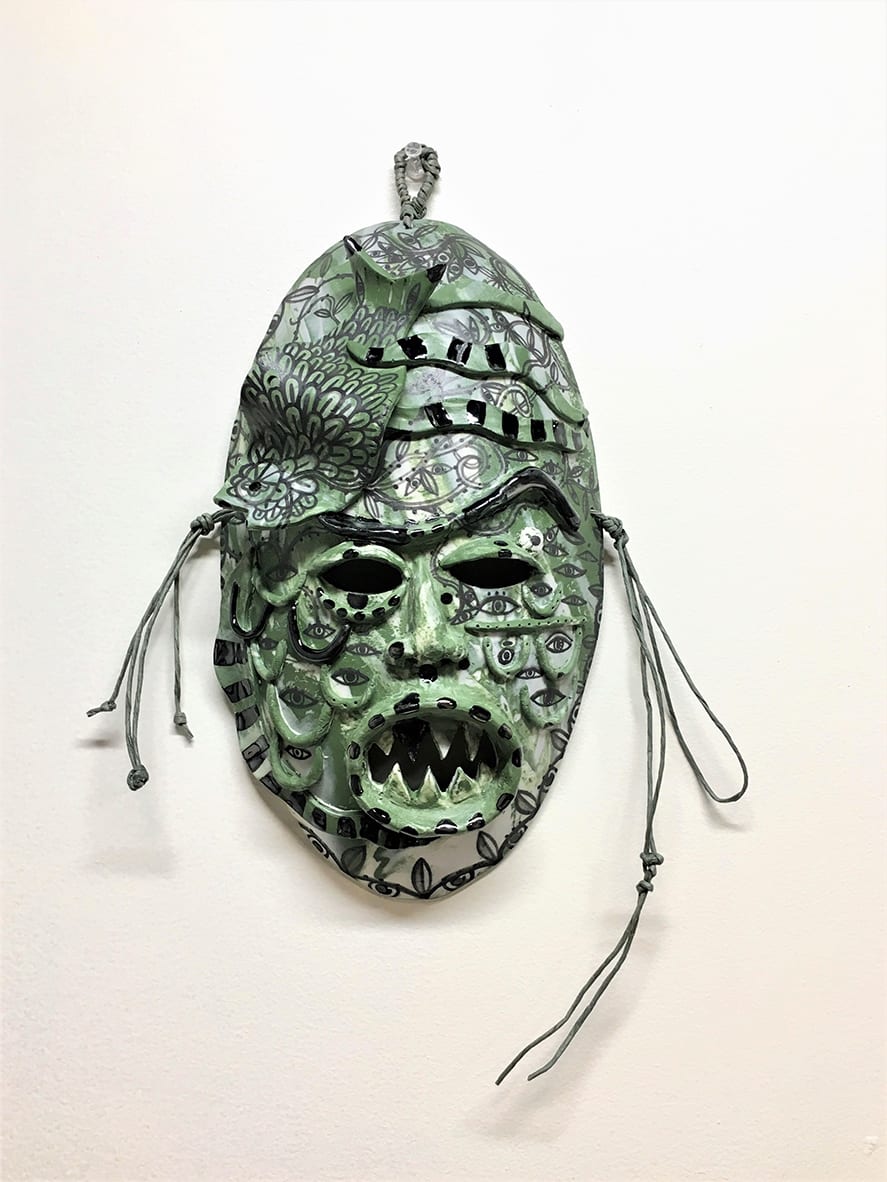 Her new solo exhibition combines those past accomplishments and work with new perspectives that explore other cultures beyond the ones she’s experienced.

“The theme is my version of exoticism because there are countries and cultures that I would like to know more about but haven’t had the chance to,” says Moon. “Thinking about these places has become my dream playground, where I run my imagination.”

The title Where Serpents Change Their Skin comes from Puebla, Mexico, where Moon has never been. “I wanted to explore more cultures, similar to a trip, but I haven’t had time to do it,” she says. “In the same way as people see me as Korean and a foreigner, I look at other cultures and feel excitement or envy.”

Moon was inspired by the tradition of shamanism in the Mexican city to create cutouts of symbols that represent good and evil, to further explore the dualities that often emerge in her work: east and west, America and Korea, centuries-old traditions and slick new pop culture trends. Calls to the supernatural, fortune tellers and ritual ceremonies from across the world appear in her mixed-media work, often accompanied by contemporary internet emoticons to connect those traditions to the present. “Authenticity is a tricky thing to think about. It’s hard to find out where and what objects came from where and if it has evolved into something else,” says Moon. 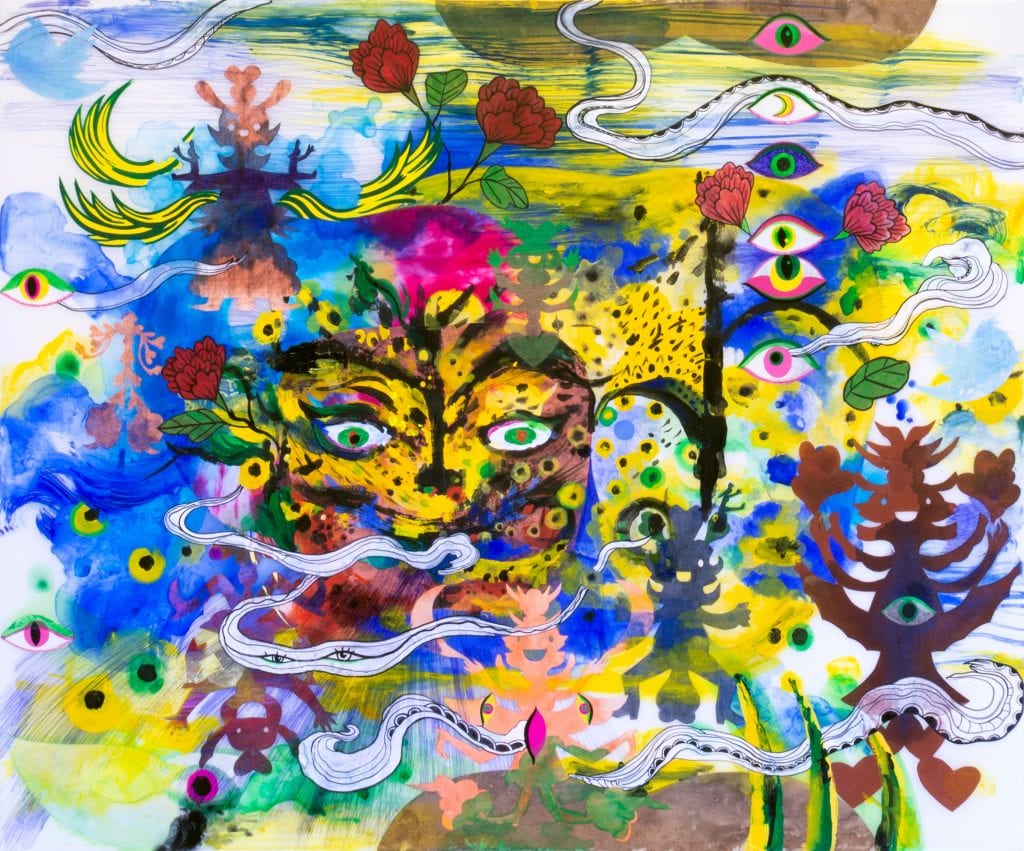 Through online research and reading more about Puebla and other places, Moon was able to feed her curiosity during a stretch of time when she was otherwise unable to travel. Being surrounded by diversity in Doraville has also given Moon the opportunity to explore in her own neighborhood and talk to people of different backgrounds, she says.

“I’m always constantly evolving and learning, so I will have work on paper and new ceramic sculptures, including 3D masks,” she says. “I wanted to bring relief and texture to my mixed-media pieces,” says Moon. In one of those masks, she uses Kudzu, a resonant symbol as a plant that was brought from South Asia and quickly spread across the South.