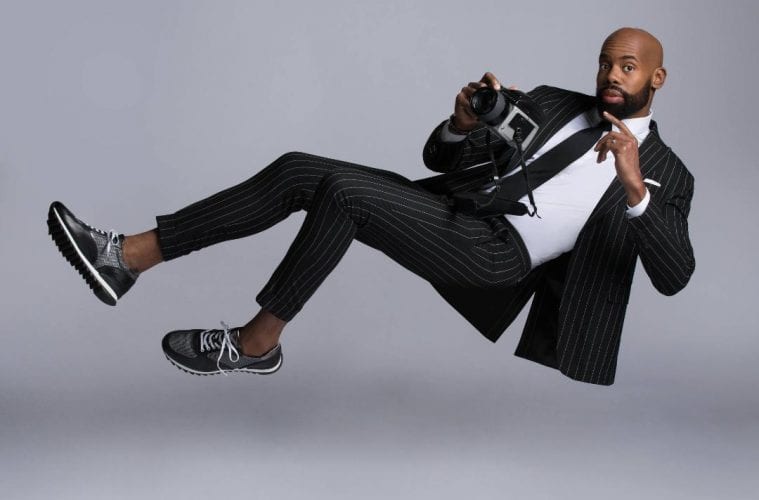 For the past two decades, Atlanta Celebrates Photography has been dedicated to making the city a leading center for the world’s fastest growing art form. Highlights of this 20th-anniversary year include a 700-foot outdoor photo exhibition in Piedmont Park, an auction, a book fair, gallery shows, film screenings, parties and more. 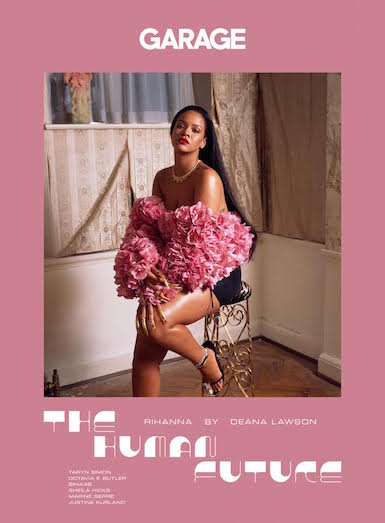 Deana Lawson, who recently photographed Rihanna for Garage magazine, will speak at the High Museum as part of Atlanta Celebrates Photography on October 25. (Courtesy Garage Magazine)

ArtsATL has picked out our top ACP events to help you navigate the season. All events are open to the public and are often free, but some require reservations, and a few are ticketed.

Not many art exhibitions invite viewers to bring their dogs, but you and your pup will both be able to enjoy a visit to The Fence. This free outdoor exhibition at Piedmont Park Dog Park features more than 40 photographers from around the world displayed along a 700-foot fence. This year, three photographers from Georgia – Daniel Edwards, Raymond McCrea Jones and Dale Niles – are among the artists represented.

The sitters might be family or strangers, clothed or nude, in groups or solo, in Brooklyn, Tokyo, Harlem or Soweto. But the one thing they have in common is that they’ve allowed photographer Deana Lawson to enter their homes to portray them in private spaces. A Guggenheim Fellow in 2013 and a featured artist at the Whitney Biennial last year, Lawson has exhibited at art institutions everywhere from the Museum of Modern Art to the Art Institute of Chicago. Her latest photos of Rihanna for Garage have ensured that this current art star shines all the brighter. 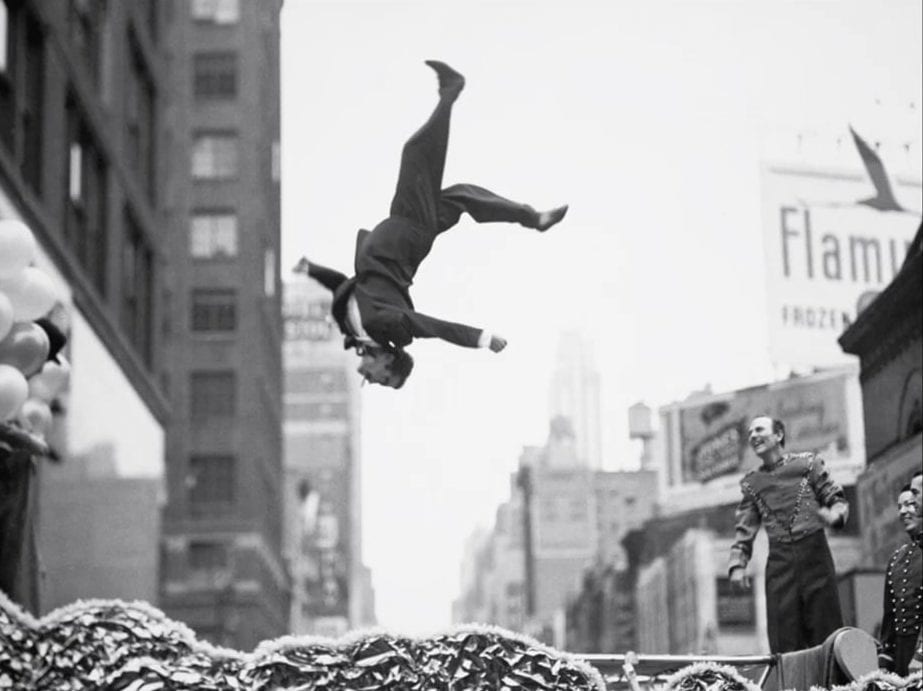 When American street photographer Garry Winogrand died suddenly in 1984 at the age of 56, he left behind more than 10,000 rolls of 35mm film. Garry Winogrand: All Things Are Photographable is the first cinematic survey of that legacy. The film uses newly discovered audio cassette tapes of private conversations between Winogrand and photographer Jay Maisel to tell the story of an artist whose rise and fall was larger than life. The film’s director, Sasha Waters Freyer, will introduce the film and participate in a Q&A session with the audience following the free screening.

Annie Leibovitz’s portraits have graced the covers of Rolling Stone, Vanity Fair and Vogue magazines for nearly five decades. One of the most influential photographers of our time, her work can be seen in museums around the world. And she has been designated a Living Legend by the Library of Congress. Leibovitz will present and discuss a selection of her images in conjunction with a newly revised edition of Annie Leibovitz: At Work, which will be available for purchase at the event. 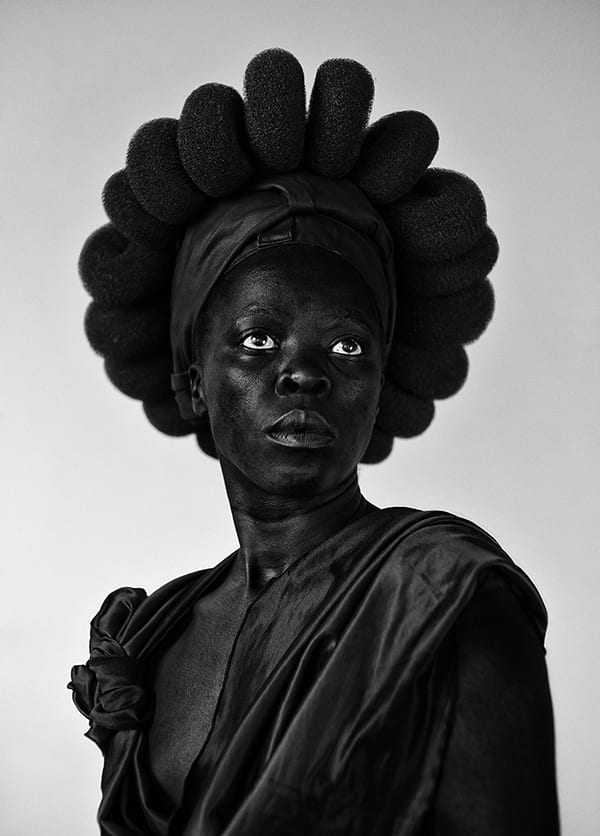 South African photographer and visual activist Zanele Muholi, whose preferred pronouns are they and them, will discuss their work with curator Renee Mussai at an opening event for the exhibition Somnyama Ngonyama, Hail the Dark Lioness at Spelman College’s Museum of Fine Art. “The point of Somnyama Ngonyama is to confront the politics of race in ways that it’s never been done before,” Muholi told ArtsATL. “I reference different personal incidents in which I found myself displaced, rebuked or undermined. The spirit that I would like to instill is the importance of naming and giving names to portraits.”

Stand back as your favorite local photographers duke it out in photo-based fisticuffs for a Friday night fight to remember. Armed with nothing but their images and a thumb drive, they’ll angle to win the top spot through audience applause. Following the photo finish, a DJ will fill the floor for an after-party with food, drink and dancing.

The Society for Motion Picture Still Photographers, otherwise known as unit photographers, are unsung masters of the art of photography who capture still images on film sets, creating publicity shots seen by millions while also documenting intimate behind-the-scenes moments. ACP’s first-ever exhibition of SMPSP photographs in Atlanta will celebrate the tradition and the artists behind it.

Atlanta-based photographer Derek Blanks has a client roster that includes Academy Award-winning actors and Olympic athletes. But he may be best known for his Alter Ego series, made popular by NeNe Leakes of Bravo’s Real Housewives of Atlanta. Come hear the hometown hero separate truth from fiction in his artist’s talk. 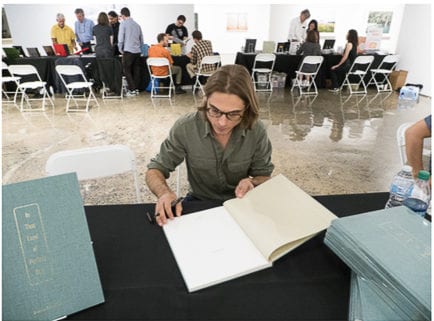 Photobook Fair. October 13. The Museum of Contemporary Art of Georgia.

Explore the definitive photo book event of the Southeast via a cross-section of media, photobook vendors, exhibitors, artist talks and book signings.

ACP rings in its 20th year with a cocktail party, silent auction, three-course seated dinner and live auction, featuring a curated selection of fine art photography at the Fairmont. The event typically sells out, so reserve your tickets while they last.