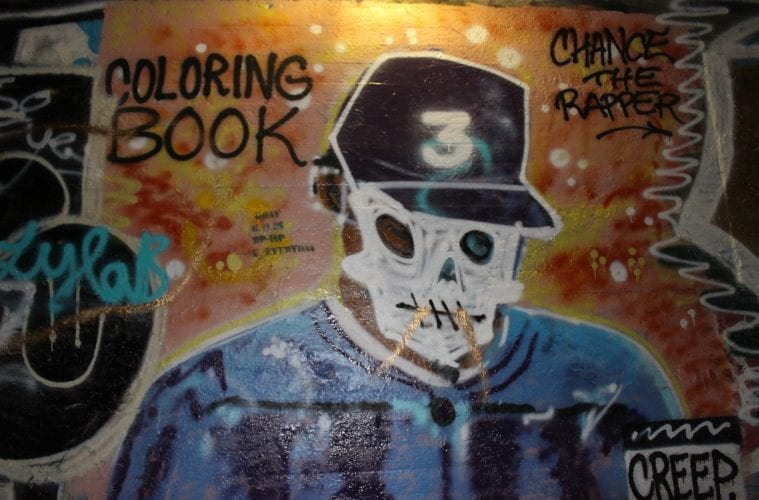 This article was written by one of our Teen Correspondents and was originally published on VOX Atlanta Teen Communications. Thanks to Turner Voices, we’re able to collaborate with VOX Teen Communications to share the perspectives of the next generation of arts writers with our city’s cultural community.

Atlanta is covered with all types of beautiful street art, some legal and some not. Though some people consider graffiti a beautiful form of art and a method of self-expression, it is illegal in Georgia to do any type of art on a public building without a permit.

To get more information about the laws about where street art is legal, I spoke to two lawyers who work for the City of Atlanta: Keisha Burnette, senior assistant city attorney, and Robin Shahar, chief counsel. First, they referred me to the Georgia Code’s section on graffiti, and I summarized its definition for graffiti here:

Georgia Code Title 17, Chapter 15A defines graffiti “as any damage to any surface of property without prior authorization of the owner of the property by means of any aerosol paint, broad-tipped marker, gum label or other device capable of scarring or leaving a visible mark on any surface.”

“Graffiti is not legal anywhere, public property is owned by the government,” Burnette and Shahar informed VOX. Says Burnette: “If someone wants to do art on a public building, they need a permit from the City of Atlanta. When deciding on whether to give someone a permit or not, different departments, such as the Department of Public Works, each get their own say in whether it should be allowed. Factors such as how it will affect the surrounding area and whether it is distracting to drivers and could potentially cause an accident are considered.”

There really is no way for a viewer to know whether the art is legal or not, Burnette and Shahar both noted. If the artist’s name is on the wall, then it may be a mural that they were paid for or given permission to work on.

Graffiti is a debatable topic for some, and Burnette and Shahar admit that the City of Atlanta is still struggling with how to handle this issue. Around 2011, the City of Atlanta assembled a controversial task force of police to hunt down graffiti artists and clean up walls because of the longtime outcries of many Atlanta residents about the issue, noted in an article on Creative Loafing.

“The city is evaluating its current laws, and has created a [new] task force made up of artists, concerned citizens and lawmakers to come up with recommendations on how to address this issue,” concluded Burnette in an additional email sent to VOX after the interview.

As controversial as some of this art may be, I wanted to highlight some of the beautiful works of street art in Atlanta. I went to Krog Street Tunnel (as well as the surrounding area), Historic Fourth Ward Skate Park and Little Five Points to capture some must-see graffiti art.

Each beautiful piece of art speaks for itself.