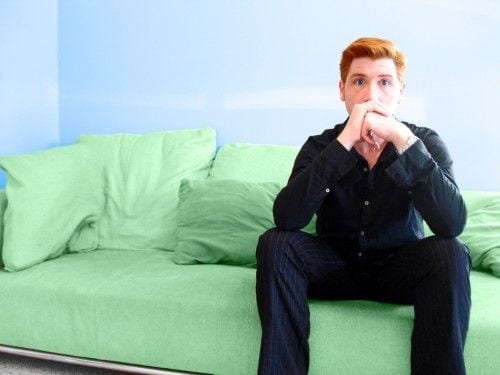 It’s fair to say that Atlanta playwright Topher Payne has a busy year ahead, with no fewer than five plays making world premieres. As part of Essential Theatre’s summer festival of new plays at Actor’s Express, his “Evelyn in Purgatory” will have its debut this week. Next week, his work will appear as part of the group-written “The Local,” and the week after that, he’ll play the lead role in the satirical mash-up “Bat-Hamlet.”

A full summer will be followed by a busy season. Payne will take a leading role in Process Theatre’s production of Charles Busch’s “Divine Sister.” His murder mystery “Swell Party” will premiere with Georgia Ensemble Theatre in January. He’s developing a play called “Angry Fags” with 7 Stages, which will premiere in February. His comedy “Lake Bottom Prime” will premiere at the Springer Opera House in Columbus in May. It’s a sequel to Payne’s “Lake Bottom Proper,” a big hit at the Springer in 2011. 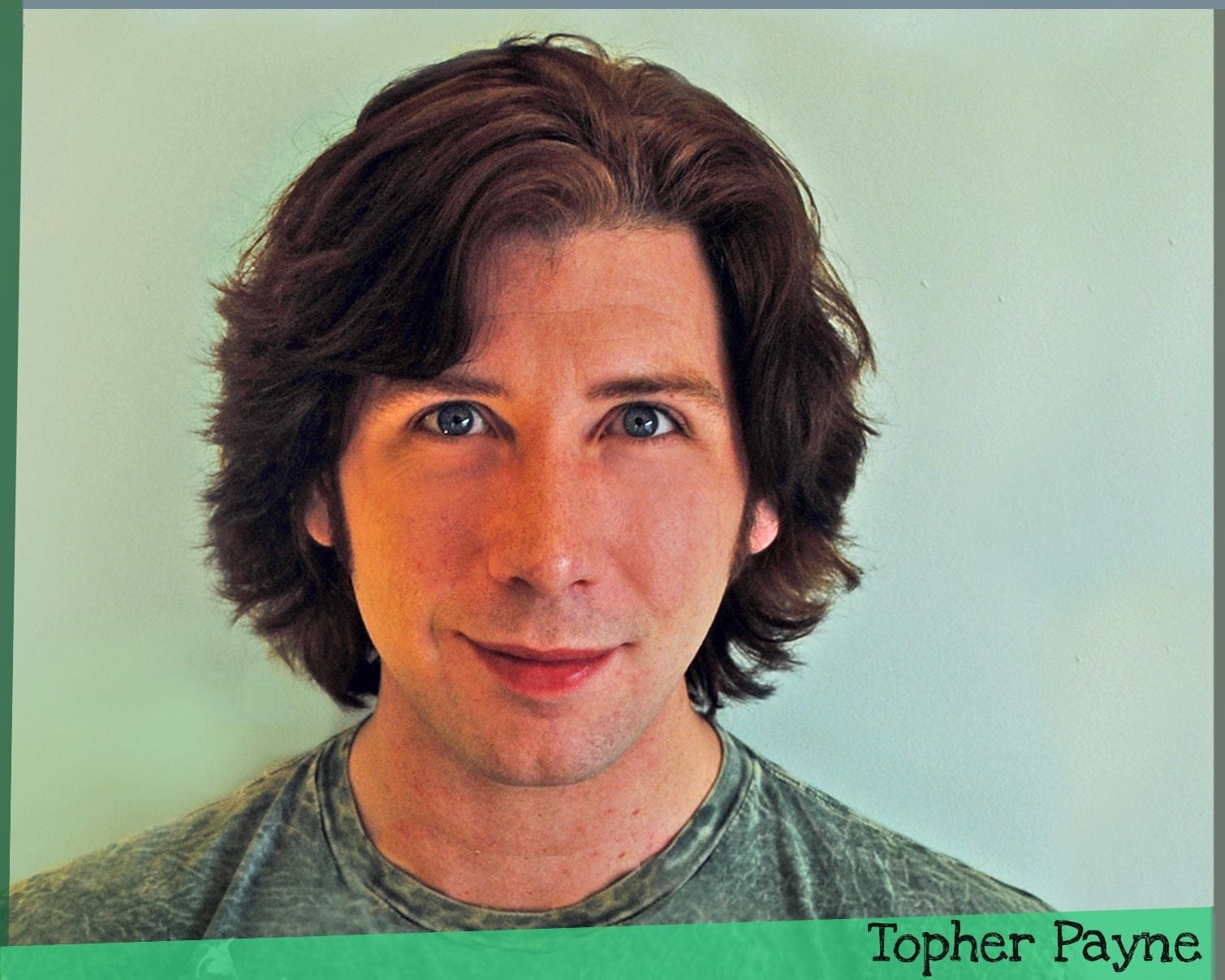 Payne is also a regular columnist about his life, love and politics for the gay-lesbian-oriented Georgia Voice newspaper, and when he’s not doing that, he’s executive producer of the Atlanta 24-Hour Plays and for the arts organization Working Title Playwrights.

ArtsATL recently caught up with Payne to talk about his upcoming plays and the challenge of taking on so many different roles.

ArtsATL: It’s a big year for you. Congratulations. The best and worst parts of being so busy?

I hate writing the first draft. It’s the only thing you can’t assign any kind of process to. It either happens for you or it doesn’t. I have my dedicated amount of time I put into it every two days.

Over the last few years, I had a lot of projects developing at my own pace. What happened in the last six months or so is that everything I had in development got picked up. By the end of the season, I’m not going to have anything in development any more. That’s the first time that’s true since I was 18. I’m more excited about that than anything else. I feel like I’m cleaning out the pantry. I’ll have a clean slate.

ArtsATL: How did you get started in theater and playwriting?

Payne: I was a fat kid in a small town. I was terrible at sports and had no musical ability. The Methodist church I grew up in in Kosciusko, Mississippi, had a drama program. We presented shows once or twice a year. That was where I found something I was good at.

ArtsATL: Like “Guys and Dolls” and that type of thing?

Payne: No. “Jesus Ain’t Just for the Birds,” that type of thing. Those stock scripts that will teach you about Shadrach, Meshach and Abednego in song. I knew I was a weird kid. I had supportive but flummoxed parents. I didn’t have close friendships because I didn’t have common interests. But there was this thing where I could communicate with audiences and find a way to make people pay attention. People listen when you make them laugh…. I figured out what I wanted to be doing. I love performing — I’ll never give up that aspect of it — but it was the collaborative aspect of being the writer or director on a project and having the ability to assemble voices you admire. I never strayed from that. It’s all I really know how to do. As long as I’m in a position to assemble those artists, then I’m happy.

ArtsATL: What brought you to Atlanta?

Payne: I auditioned for the educational theater program with Kaiser Permanente. I wanted to get to Atlanta specifically, but I wasn’t going to do a blind move.

Payne: Yeah. I intended to come to Atlanta and build a resume for a couple of years, which a lot of people do. It’s a great place to grow some credits and then head for Chicago or New York or wherever your next step is.

I got sick and had to spend most of my 20s dealing with cancer. It tied me here a little longer, but in the process of that, I realized I had absolutely no desire to be anywhere else. Opportunities presented themselves in the years that followed, but I don’t want to move on to the “next big thing.” I want to help this community become a bigger thing. There are so many amazing voices coming out of this community. At one point, a Southern writer was [part of] a worldwide-envied community. There’s absolutely no reason we can’t recapture that with the voices of the 21st century. I have a strong suspicion that the older I get, my most fervent desire will become building artistic community, above and beyond generating my own work. I love other people’s stories.

ArtsATL: What’s the hardest aspect for you in creating a new project?

Payne: My own work scares the hell out of me in the process of developing it. I second-guess everything. It’s a cliche to say you’re your own worst critic, but I am. I know that there’s nobody that has more disdain for bad work by Topher Payne than Topher Payne. I’m unforgiving. I know I can do better.

ArtsATL: Tell me about your “Evelyn in Purgatory,” which has its world premiere at Essential this week.

Payne: I heard an NPR story about the “rubber rooms” in New York where public school teachers are sent. It’s the system they have in place if a teacher is accused of any kind of impropriety: immediately extract the teacher from the classroom, replace with a qualified substitute and then do an investigation followed by a disciplinary hearing. That is a pretty solid system. The problem is that those hearings can take anywhere from three months to a year and a half. Meanwhile you have all these teachers sitting in the Department of Education building every day, not allowed to work, collecting a check. All they do is sit there.

People were getting into fistfights over chairs. One of the teachers said, “We’re not allowed to work. We just play cards.” The first thing I thought of was that scene in “The Breakfast Club” where the teacher said, “No, no. You’re not allowed to study.” The whole thing was detention for teachers.

I wanted to write a morality play. Those who seek redemption find it; those who don’t, don’t. The question is who’s going to end up on which side of that line. Teachers have such a love for a subject that they’re willing to commit their lives to sharing it. And we mistreat them. They’re not consistently rewarded for that extraordinary passion. I wanted to find a way to convey that. “Evelyn in Purgatory” resulted from that. It covers one school year, from September to May, and we never leave that room.

ArtsATL: You’ve written a lot of shows that appeal to a pretty broad audience, but your upcoming play for 7 Stages has a very provocative title: “Angry Fags.”

Payne: “Angry Fags” is the story of two best friends: a mutual friend of theirs is attacked outside a gay bar. They just feel powerless against the system; the turning point for both of them is when they realize that no one is afraid of gay men. They’re seen as harmless entities. They realize they’ll never have the rights they deserve if the populace believes they can just be stepped on. And they make a series of increasingly bad choices trying to take ownership of that power.

I wanted to write something about the friendships between gay men, and I also wanted to write something about terrorism. I did not expect the two to meet in the same play. Then when they did, it turned into something really interesting. It took it a while to find a home, and then 7 Stages got on board. Being brought into that creative environment, it’s just exciting all the way around. It isn’t that I’m married to the title. I just can’t think of a title that has balls as big as that one. If you are turned off by the title, then you would not survive the experience of seeing the play. In a way, it’s the “explicit lyrics” sticker.

ArtsATL: Do you have ambitions beyond Atlanta stages?

Payne: Oh, I’ve got big plans. Unfortunately, they don’t seem to match up with anyone else’s yet. I have an agent as an actor, but I don’t have one as a playwright, because that doesn’t exist in Atlanta. There isn’t one. The only literary agencies that represent playwrights are based out of New York and Los Angeles. A New York agent isn’t going to be terribly interested in a playwright that’s not being produced in New York, which makes sense.

I’m perfectly content with being produced by regional theaters. I just want to get my work out. I’m doing the best I can, but it’s agonizing trying to be your own agent, because that’s a full-time job. Every minute I spend trying to get someone to do my play in a market I’m not already a part of is a minute I’m spending not writing. I’ve been extraordinarily blessed to be produced at fine theaters with solid budgets and amazing creative teams. I have this level of recognition I didn’t have four or five years ago. But it will feel like success when I’m not doing everything myself.