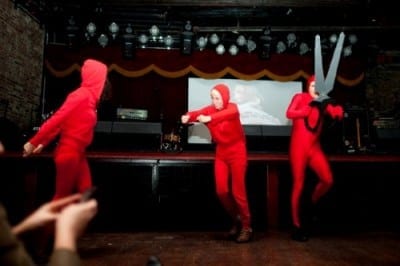 Are there too many arts organizations? Atlanta theater directors argue their case

National Endowment for the Arts Chairman Rocco Landesman, no stranger to controversy, recently riled his base with a suggestion that there are too many arts organizations in America, too much supply and not enough demand, and that less might be more. 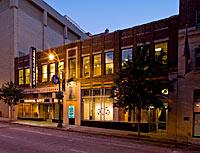 The directors of seven metro Atlanta theater companies begged to differ earlier this week at a panel discussion convened by Tom Key, executive artistic director of Theatrical Outfit, at the Balzer Theater at Herren’s (at left). Sharing the stage with Key were Richard Garner of Georgia Shakespeare, Lisa Adler of Horizon Theatre, Freddie Ashley of Actor’s Express, Susan Booth of the Alliance Theatre, Kevin Gillese of Dad’s Garage Theatre Company and Jessica Phelps West of Theatre in the Square in Marietta. Also on hand were 25 members of Theatrical Outfit’s board of directors, its staff and “director’s circle” — patrons who’ve donated $1,000 or more to the company.

“Are there too many opportunities to enrich your soul?” Garner asked. “There may be more efficient ways to make those opportunities exist, but I wouldn’t want to live in a community that didn’t have each and every one of these theaters around.”

Booth concurred. “It essentially takes the practice of this art form down to a simple economic equation, but it’s about more than filling the seats of our theaters for two hours,” she said. “The demand that sends us to the theater should be the same as the demand that sends us to our churches, to the self-help sections of our bookstores. It’s a matter of inquiry and self-knowledge, of connection, compassion and understanding.”

Though billed as a “state of the arts'” report, the session was more a feel-good promotional event for metro Atlanta theater, as panelists made the case for the unique contributions of each organization.

“So much of what I do as an artistic director is about educating people,” Key said. In terms of the plays he chooses to produce for his 35-year-old company, that means “demonstrating a responsibility to the legacy of literature, music and history in this particular part of the country, in a way that contributes to the civic discourse. It’s about introducing audiences to other perspectives and creating a dialogue.”

Adler talked about Horizon’s emphasis on “contemporary plays about positive change” and about its commitment to developing and commissioning new work by local writers. She cited last fall’s production of “Night Blooms,” a civil rights-era drama by Decatur playwright Margaret Baldwin, as an example of “a play that resonated with our audience [and] opened discussions with them to share their own stories and experiences.”

Although Georgia Shakespeare specializes in the classics, Garner’s aesthetic is not dissimilar, he said. “It’s not so much about taking our audiences back to these old stories. It’s about bringing these old stories forward to our audiences.” In the case of last fall’s adaptation of Homer’s “The Odyssey,” for example, the story was bookended by scenes involving a modern-day American soldier and his journey home from Iraq.

“We’ve nurtured a lot of local artists who’ve established a strong working vocabulary over time, so that we can develop a project like ‘The Odyssey’ together, as an ensemble,” Garner added.

Booth said that, for her, the most meaningful aspect of the Alliance’s mission is to share theater for diverse people. “It’s not just about cultural diversity,” she explained. “It’s also about ideological diversity…. The 2008 Kendeda Graduate Playwriting Competition winner, ‘In the Red and Brown Water,’ was utterly specific culturally, and yet completely universal.”

That’s why, Booth said, given the Alliance’s track record of creating new American musicals such as “The Color Purple” and Twyla Tharp’s “Come Fly With Me,” she’s most proud of “Bring It On!” from earlier this year. Both in terms of its plot and in its conception, she said, “It was all about two different cultures coming together.”

West cited her suburban theater’s interest in stories specific to its home city (“The Lynching of Leo Frank,” “Stealing Dixie”). Ashley, of Actor’s Express, acknowledged a commitment to “tackling difficult topics” that might otherwise be disregarded, such as his theater’s dark 2006 musical “Love, Jerry,” in which the main character was a child molester. 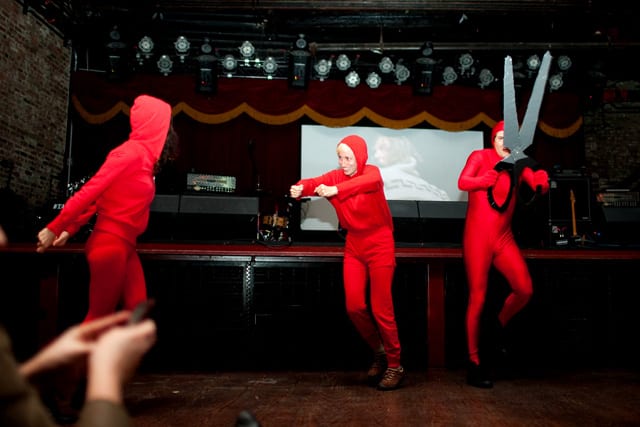 “What role does Dad’s Garage play in the arts ecosystem?” Gillese wondered aloud. “We’re like the gateway drug to the arts, giving a lot of younger people their first taste of live theater,” he offered with a laugh. A show such as “The Two Gentlemen of Lebowski,” where Shakespeare met the Coen brothers, makes theater more relevant and accessible than the audience might think, he said.

For theaters, things don’t often look much bleaker than they now do for Actor’s Express, which needs to raise $150,000 by the end of July in order to continue operating. “As a theater company that’s essentially facing extinction right now, it makes you wonder if you’re no longer relevant,” Ashley admitted. “But the support we’ve received from the community so far has been really soul-affirming. There’s great potential for continued artistic growth in Atlanta, but it wouldn’t be sustainable without that kind of support.”

In the long run, Gillese said, “It’s all about creating future audiences and the importance of arts education. Kids need to learn from day one to have the arts as a part of their lives.”