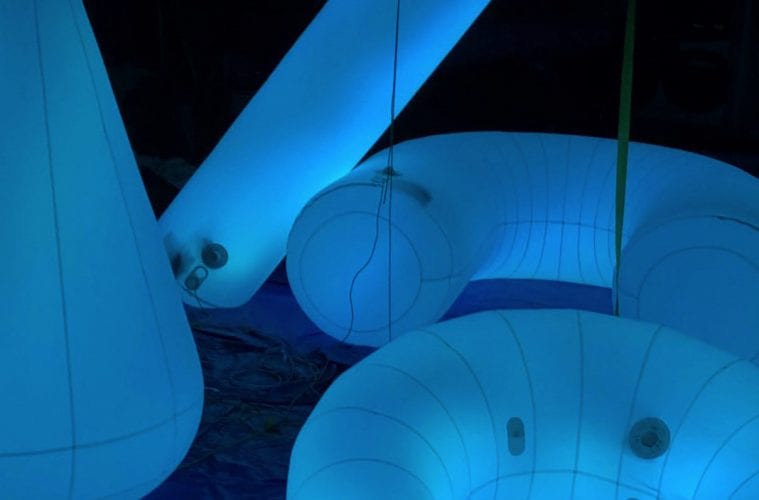 A strip mall on one of Georgia’s most dangerous highways may seem an unlikely setting to create a playful new environment for kids, but We Love BuHi founder and executive director Marian Liou is determined to bring art and a sense of play to Doraville’s Pinetree Plaza on Buford Highway.

We Love BuHi is a nonprofit organization that seeks to create connections within Buford Highway’s multicultural communities through storytelling, art and design. Its latest project, BuHi Lights, will be a temporary installation in the Pinetree Plaza during the month of November.

“We wanted to incorporate a sense of playfulness for children and families in an everyday space,” explains Liou. “On Buford Highway, the everyday space is giant shopping centers.”

She points out that Buford Highway itself has no playgrounds, which is part of why the organization applied for and won the KaBOOM! Play Everywhere Challenge, a grant that encourages the creation of play spaces for children in unexpected places.

The BuHi Lights project aims to make Buford Highway’s culturally diverse community feel seen and included, says Liou. The site chosen for the installation was once a huge catalyst in the transformation of Buford Highway. In the 1990s, a Korean entrepreneur approached owner Jack Halpern about opening a business in Pinetree Plaza. After visiting Koreatown in Los Angeles, Halpern decided to rent out the property. The pioneering business was successful and eventually created a chain reaction for other Korean businesses to open up shop.

Campana, one of the artists building BuHi Lights, is the founder of Atlanta-based public art nonprofit Living Walls. Her piece for BuHi Lights will be her first in nearly seven years. As an immigrant herself, she says she identified with the project’s mission.

Campana first came to the United States from Peru at 15 years old and has “felt out of place and misunderstood” since. Her piece, titled Even In The Arid Desert We Can Find Each Other, draws inspiration from Nazca culture and Nazca lines.

“I believe Buford Highway, just like the Nazca lines, is a place where culture, ancestral rituals and magic is kept,” she says. “Sometimes misunderstood, Buford Highway is a long highway with a giant heart that sits here communicating to all of us how much power our diverse human kind holds.” 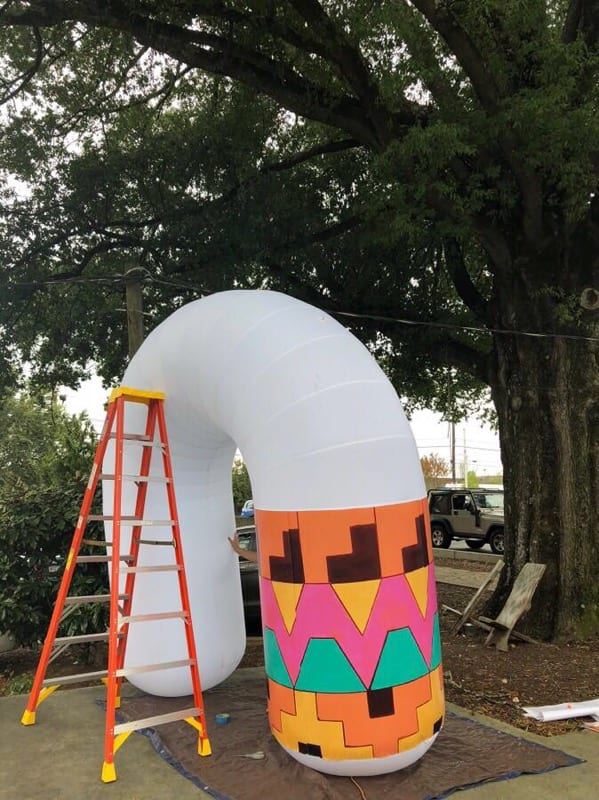 Chun says she often spends time grocery shopping and hanging out with friends at some of Buford Highway’s many restaurants. Her piece, Lotus, a nod to her native Korea, will consist of the traditional Korean rainbow colors, “Saekdong,” to emphasize unity and blessing for the community.

“I imagine my designs as multiple community groups,” says Kirana, who comes from Jakarta, Indonesia. Buford Highway holds a special place for her. When she was growing up, her parents worked long hours. One of the few days they had off of work was the Fourth of July, which was spent on Buford Highway. Her piece is inspired by a combination of traditional Indonesian batik patterns and western patterns. She hopes the project reminds “children how beautiful their differences are. The variety of these patterns together creates a dynamic composition — just as diversity in a group builds stronger community.”

Settles is a Vietnamese-American artist and musician who lives and works in Atlanta. She is a printmaker and cofounder of Hi-Lo Press whose work will be featured alongside the other artists.

Ultimately, through the work of all the artists, Liou wants the project to give immigrant families a place to be playful and feel as though their voices are heard.

“When we have conversations about public art in our community, I think it’s really important to talk about who it’s for and how the public is included, especially in an immigrant community like Buford Highway,” Liou says. “Immigrant communities don’t always have a voice in these processes. Part of our goal for this project is to make the immigrant and refugee communities feel welcome and give them a sense of belonging and identification with the change.”

BuHi Lights’ opening day celebration is Saturday, November 3. There will be a children’s fair from 4 to 6 p.m. and a lighting ceremony at sunset.