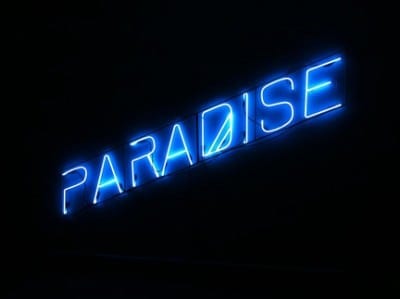 The sad fact is that when group art shows are bad, they are often very, very bad, forcing non-sequitur work into a curator’s sardine-can theme. The bad group art show smacks of curatorial vanity and hubris and an obsession with an idea that trumps the best representation of the artists involved.

And when a group art show is good? Well, that is a harder, more alchemic achievement. And a thing of beauty when it happens. Though its title could induce a toothache and suggests some lilting, affected feminine thing, the group show “My sweet, sweet,” at Agnes Scott College’s Dalton Gallery through March 13, is imbued with just enough uneasiness and ickiness to make its exploration of love and sex feel ballsy and intense instead of coy and precious, precious. Because love is so often an idealized state that advertisements and movies work us into a lather over, its darker strains are especially thrilling to see in a show: obsession, overinvestment, scary degrees of control and the omnipresence of death and danger when love is near.

There couldn’t be two better illustrations of the merging of love with anxiety, fear and danger than the mommy-goth works by Kate Kretz and Angela West. These artists convey the smothering and fearful dimensions of love when the object of one’s adoration is tiny, vulnerable and prone to make one crazy over the world’s lurking threats.

Few acts of sexual and romantic love are as oppressive and shocking as Kretz’s triumphantly perverse sewn tributes to maternal overinvestment. In “Stay,” she has aggressively, even violently, sewn a set of baby booties onto cloth with blood-red thread. That little scenario of control is cameoed in a sweet round frame and a baby blanket matte that suggests a snow globe-suffocating universe of mother and child both lovely and scary. These booties were definitely not made for walking: the artist has essentially nailed any locomotive possibility to the floor. It is a gesture of fear, but from a darker perspective, it is a gesture of suffocation and a testament to the fact that every parent must one day navigate the treacherous waters of a love that is too much and where control must be given up.

Equally disturbing for suggesting white-noise anxiety lurking like a stalker in maternity’s margins is West’s two-minute video “Jackhammer,” in which a small baby, only her fat legs visible, drenched in white sunlight and glimpsed through the slats of a crib, has her gentle coos and rising cries contrasted with the sounds of a distant jackhammer. The collision of violence and hyperbolic innocence is remarkably disquieting. The sense of threat and dis-ease is enhanced by the sickly blue light of Karen Tauches’ neon sign advertising “Paradise” on the facing wall.

“My sweet, sweet” is a gobble-worthy Whitman’s sampler of art. Each work is more delicious than the last, prone to make your stomach ache as you gorge on the wealth of riches, from Jason Murphy’s wonderfully claustrophobic and fleshy-pink portraits, evocative of Alice Neel, to the interesting inclusion of spoken-word poet M. Ayodele Heath offering atmospheric familial portraits recorded on an iPod and with the best line ever on the love-hate duality of childhood: “old school whippings where you pick your own switches.” Forest McMullin's "Insatiable," from the "Day & Night" series. (Photo courtesy of the artist)

The work is uniformly strong and — most pleasurable in an art world that often has its sense of humor circumcised at birth — darkly funny. Constance Thalken’s mannered, formal portrait “Restitution,” of the bare-skinned artist lovingly cradling her fluffy dog, is another testament to love that teeters into uncomfortable closeness. So too do Forest McMullin’s merrily icky side-by-side portraits in “Day & Night,” of seemingly “normal” suburbanites whose buttercup yellow, crown-molding guest rooms harbor S&M “dungeons,” with whips and restraints as neatly organized as any Container Store display, or who sport a dapper wardrobe of exercise gear by day and, by night, don equally packaged and commodified black leather apparel for their sex games. This peek into other people’s sex lives is uproariously banal, something McMullin gooses by shooting his subjects in the most stilted and hyper-domestic settings. Equally obsessive but more adult-themed and determined to defrock the conventions of romantic movie love, early works by Canadian artist Jillian Mcdonald are included: the stalkeresque “Me and Billy Bob” (2003) and “Screen Kiss” (2005). The videos are all the more shocking for putting a woman (as does much of the art in “My sweet, sweet”) in the dominant sexual position as the artist inserts herself into movie scenes featuring lovable hunks and hunkettes from Billy Bob Thornton to Johnny Depp and Angelina Jolie. Creepy and hilarious, Mcdonald’s work is so purely pleasurable to behold that it jumps from conceptual art into narcotic entertainment.