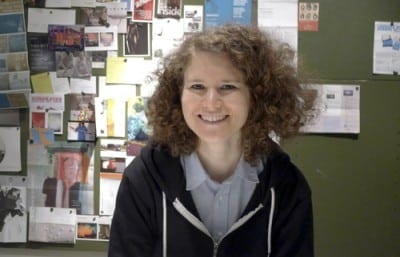 I’m high on Dana Schutz, whose first-ever show devoted solely to drawings and prints is one of two current exhibitions at the Atlanta Contemporary Art Center. Of course, I’m not alone. Possessed of a truly fresh mind and technical chops, the New York artist is on a rocket ride that began before she finished grad school in 2002. 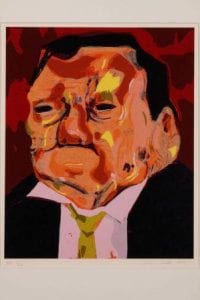 Schutz is best known for her paintings, in which color plays a central role (her woodblock print “Poisoned Man” is at right), so it’s interesting to see how her language works in black and white. The answer is: great. She knows how to exploit the character of each medium she employs. It’s also clear that drawing is a fundamental aspect of her practice — as studio warm-up, note taking, studies for paintings and autonomous pieces.

As I wrote in the January 21 print edition of the AJC, “Schutz’s works often depict strange figures engaging in bizarre and often masochistic and multi-tasking behaviors. One man, for instance, talks on his cell phone while scissoring his eyelashes into straight lines (below). Another figure swims, smokes and cries. The works seem fixated in Freud’s oral stage. Orifices, especially mouths, dominate: thumb-sucking and its adult version, smoking; her ‘self-eaters’; hand poking eye and so on. 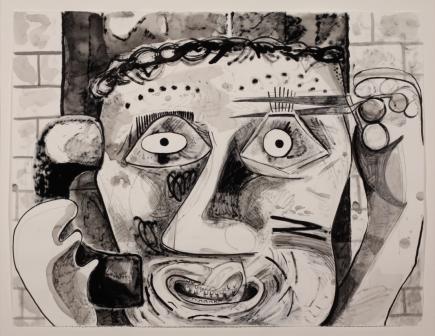 Given the impossibility of some of the behaviors and Schutz’s expressionist distortions, the imagery seems to embody states of mind, or thoughts one might acknowledge only on the pyschoanalyst’s couch. But their execution is as seductive as their imagery is disturbing.

“Perusing her show, you can see that she has studied and digested late Picasso (the eyelash-trimmer’s hollow-eyed death’s head), middle Matisse and the cartoony likes of Philip Guston and Peter Saul.

“Yet for all her sophistication, Schutz seems to find a spiritual home in the raw energy of Art Brut. Her connection to her primal consciousness is a defining characteristic of her art. So it should be no surprise that drawing is basic to her practice. Of all the media, drawing is the beeline from brain to hand. Riding on her formal skills, Schutz’s fearless regression makes its own beeline from her id to yours.”

The artists in the companion show, “Embodying,” explore, among other things, masculinity and male relationships, often through — you guessed it — the body. It’s the first of two exchange exhibitions of San Francisco artists who won grants from Artadia, a national program that supports artists in five cities, including Atlanta. Contemporary Artistic Director Stuart Horodner added the ballast of two guest artists, Joe Biel and Stephen Schofield, to the work of  James Gobel, Allison Smith and Richard T. Walker. 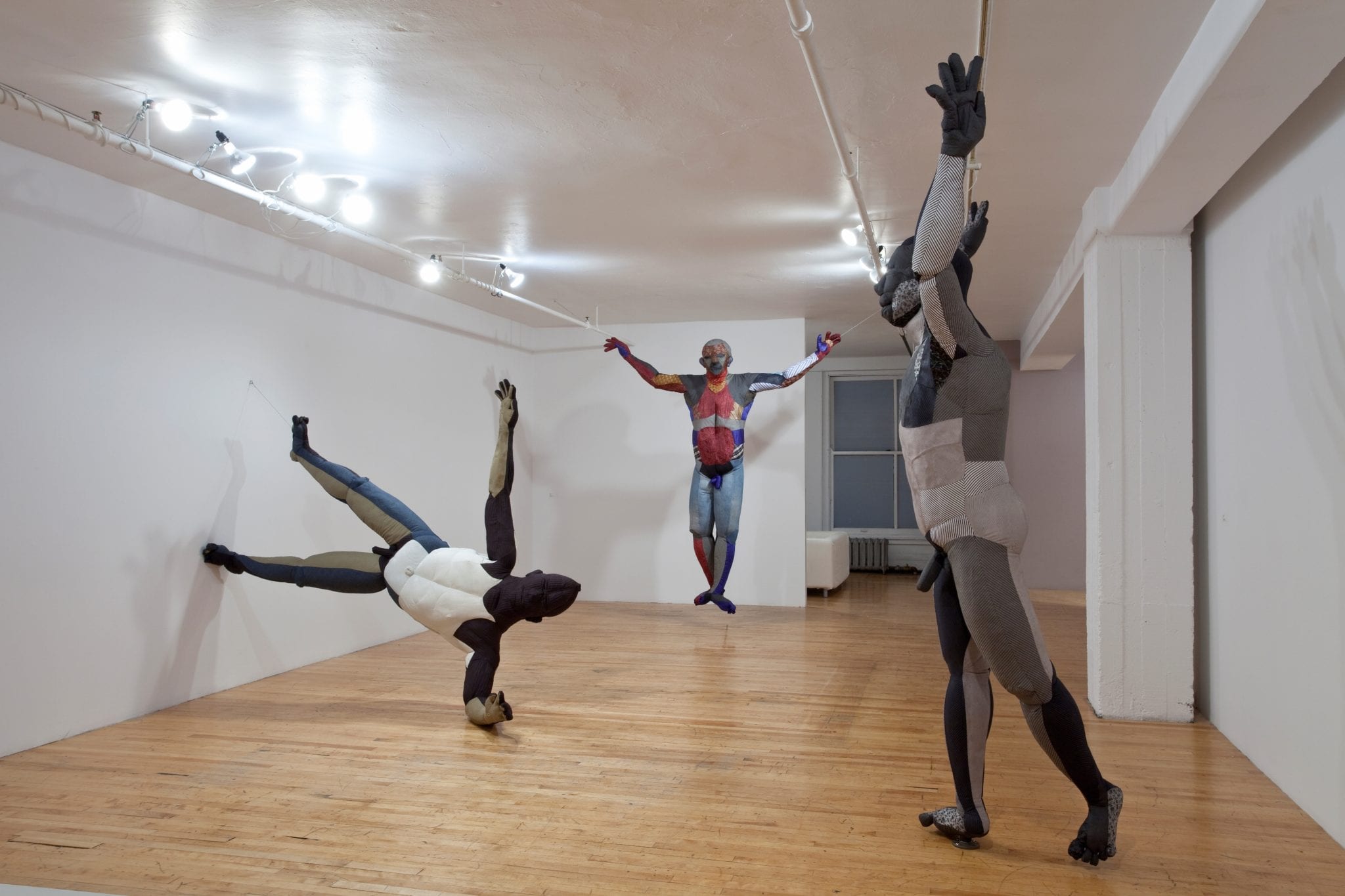 From my AJC review: “Gobel and Schofield make reference to homosexuality through portraiture but in very different ways. Gobel is almost sociological in his depiction of behavioral signifiers of gay culture, while Schofield crafts a loving and personal portrait of his partner. The ways both defy expectations of their mediums – Gobel’s use of ‘women’s work’ (sewing), Schofield’s inflated sculptures that defy gravity [at left] — are symbolic as well.

“Walker anthropomorphizes Romanticism in a humorous video in which he ‘speaks’ to a landscape as if he were discussing a failing relationship with a lover. [Video still from “successive inconceivable events,” below.] Smith explores male friendship in an installation based on a passage in “Huckleberry Finn,” a promising and timely topic given Mark Twain’s renewed celebrity, though not particularly illuminating. A terrific draftsman, Biel captures the testosterone-fueled adventurousness of teenage males – and a metaphor for the moment between youth and adulthood — in a drawing of a young man in a hoodie who seems poised to jump off a ledge.” 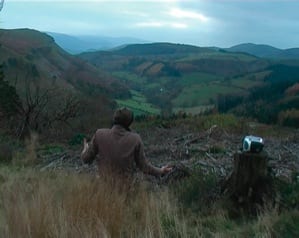 One of the challenges for an institution like the Contemporary is finding the right balance between showcasing local talent and bringing in artists from other places. Actually, it’s more of a yin/yang than an either/or. Both are essential to the growth and sophistication of Atlanta’s artists and art community. The Artadia connection is especially beneficial, because the Atlanta grantees appear in exchange shows in other cities.

Budget limitations are a challenge also well met here. Showing Schutz’s drawings instead of her paintings likely had an economic impetus, but Horodner added value by introducing an unfamiliar but fertile aspect of her work.