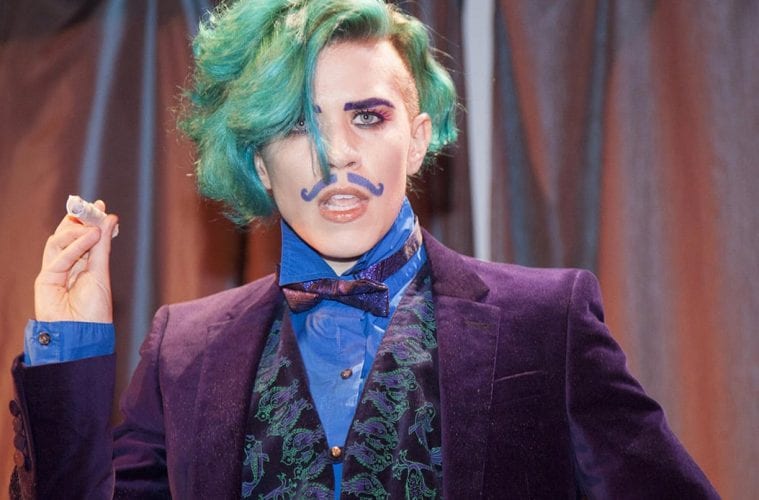 Art at the office: how Atlanta’s theater companies are transforming the workforce

Madison Cario, Georgia Tech’s Office of the Arts director, was walking across campus in the Spring of 2015 when she passed a career fair in progress.

After noticing how uncomfortable the students looked in their business suits and corporate attire, Cario’s mind flashed to Les Ballets Trockadero de Monte Carlo. The 40-year-old, all-male, contemporary ballet company — featuring men wearing makeup, tutus and wigs while dancing on pointe — was scheduled to perform at the Ferst Center in the coming weeks. 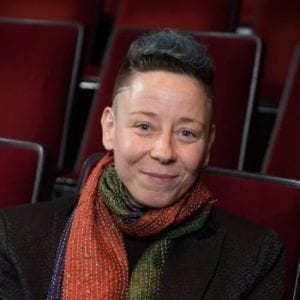 Who better, thought Cario, than performers who’d perfected the art of drag to teach millennials how to transition from uniforms of hoodies and flip-flops into young professionals whose wardrobes reflected their career aspirations.

One year later, a half-day seminar titled Drag 101 was offered in anticipation of Tech’s next career day.

Brooklyn-based drag king Goldie Peacock, who has been performing and teaching the fundamentals of “power posing” for over a decade, was invited to lead the workshop.

“As with any performer,” says Cario, “students [preparing for job interviews] are not just putting on a suit. They have to put on a persona and adopt a personality. They must embody the confidence and poise needed to take up space in a room, and engage in conversation.”

The practice of nonartists turning to actors for guidance on how to adapt to unfamiliar situations and settings is not unprecedented.

The late-Margaret Thatcher worked with a tutor at London’s National Theatre to help lower the pitch of her voice after she decided to run for Prime Minister of the United Kingdom. By sounding more authoritative, she hoped to silence opponents who said, “Methinks the lady doth screech too much,” in response to the high, shrill tone that resulted whenever nervous energy strangled her vocal chords. Given the cognitive and emotional effects the voice has on listeners, and Thatcher’s subsequent victory at the polls, it can be argued that her lessons paid off. 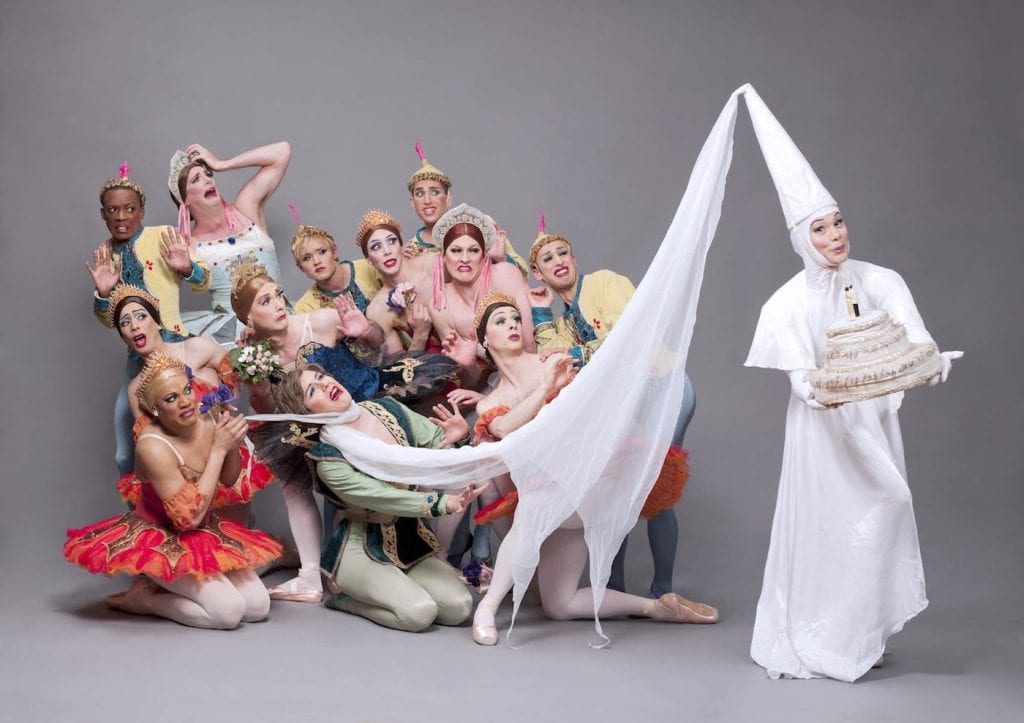 The Alliance Theatre has institutionalized a program that teaches business clients how to apply the methodologies and mechanics of the theater to help improve presentation skills in corporate settings. The workshops, called Alliance@Work, are a natural evolution of the Alliance Arts for Learning Institute — a 20-year-old initiative designed to teach theater skills to general classroom educators to help engage students.

“The same skills that make for great acting also make for great presentations,” says Christopher Moses, the Dan Reardon director of education and associate artistic director of the Alliance’s education department. “People crave authenticity and connection, whether you are sitting around a boardroom table or auditioning as an actor. In order to connect with an audience, you must be yourself.”

Of course, being oneself does not come naturally once most people are out of their comfort zone. Stressors like having to impress the boss, making a sales pitch to a reluctant (if not hostile) audience or being required to address large gatherings only add to the tension.

“Most people would rather have [a] root canal than speak publicly, and most actors feel the same way,” says Tinashe Kajese-Bolden, an Alliance@Work coach and professional actress (Disgraced and Blues for an Alabama Sky at the Alliance, and HBO’s The Immortal Life of Henrrietta Lacks). “As kids, we’re fine speaking up without inhibition. But as society starts putting constraints on how we should look and behave, we will go to any length to avoid feeling vulnerable. We would rather have something unpleasant inflicted on us than be judged for making a mistake in public.”

Increasingly, corporations are placing a premium on hiring candidates who are better equipped as communicators, storytellers and collaborators. In other words, people with a high emotional intelligence quotient.

“The skills, which are pejoratively called ‘soft skills,’ are not taught on the job or at university,” says J. Noble, cofounder of Alliance@Work and communications specialist at the Alliance’s education department. “Some people are naturally inclined to be present, empathetic and self-aware, but the majority of us aren’t as much as we should be. And we’re not given opportunities to explore, rehearse and refine those characteristics.”

Borrowing from the actor’s tool box, accountants, scientists and bankers who enroll in classes can learn how to eliminate stage fright by taking deep, controlled breaths. They are encouraged to be mindful of body language, which can convey passivity and anxiety, or project self-confidence and what’s known as “executive presence.” Simulated group exercises help to highlight the unconscious, default setting participants tend to fall into when collaborating with others.

Atlanta-based companies including Chik-fil-A, Home Depot and TalentQuest have ongoing relationships with Alliance@Work — as do national clients like Adobe and Grant Thornton, a global public accounting and advisor services firm based in Chicago which has sent over 1,000 employees to participate in workshops since 2014.

“Soft skills can be the hardest to adapt and master, but they can be a game-changer,” says Julian Malnak, director of Leadership & Talent Management at Grant Thornton. “It used to be all about technical knowledge and prowess in our industry. But what matters is how people show up, their distinctive brand, and how they carry our culture.”

“People just want to see the truth,” says Kajese-Bolden. “Despite the onslaught of reality TV and social media profiles [which tend to be more grounded in fiction than fact], people can see past anything that is false, fake or put on.”

For Noble, a former director, mining the principles of authenticity, empathy and connection as an Alliance@Work coach is indistinguishable from his work with actors. “In both cases, the work is transformational,” he says. “I feel like I’m fulfilling the Alliance’s mission of expanding the hearts and minds of people on and off the stage — giving them new ways to think [thereby] making their lives, and the lives of their team’s and family’s, better in the process.”