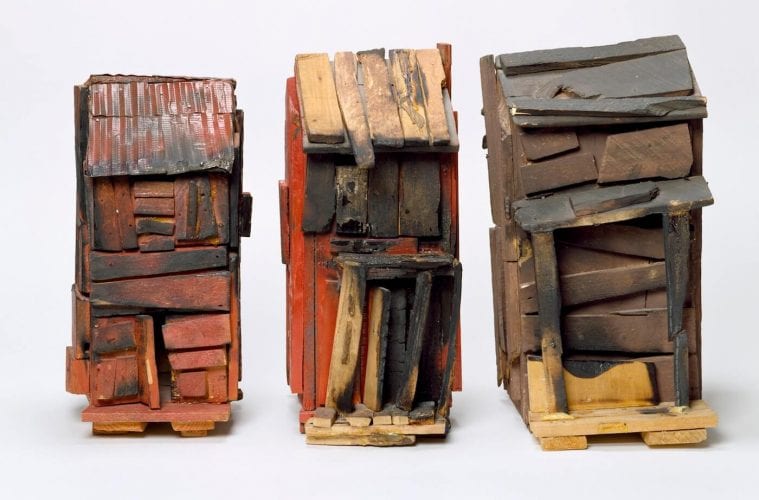 When I first heard about Beverly Buchanan—Ruins and Rituals at the Brooklyn Museum of Art, I was pleased that the late artist was getting her due in the New York art world. But I felt possessive, too. After all, Buchanan had lived in Georgia during the heart of her career. We had admired her technical and aesthetic chops, equally evident in her drawings, paintings, sculpture and photography, just as we had recognized the emotional resonance of her art, largely focused on the theme of shacks.

The large ebullient oil pastel renditions that beckon irresistibly in Spelman College Museum’s newly opened version of the Brooklyn show attest to the sensory pleasures of her work. It is the shack sculptures, though, that grab at the heart. Lovingly cobbled together from scraps of wood and tin, twigs, buttons, bottles and such, they are simultaneously poignant memorials to the poverty and struggles of their inhabitants and proud testaments to their resilience.

The exhibition, however, is much more than a homecoming of a beloved artist. Curators Jennifer Burris and Park McArthur, who put together this comprehensive retrospective for the Brooklyn Museum, have expanded, sometimes dramatically, our understanding of Buchanan’s oeuvre. 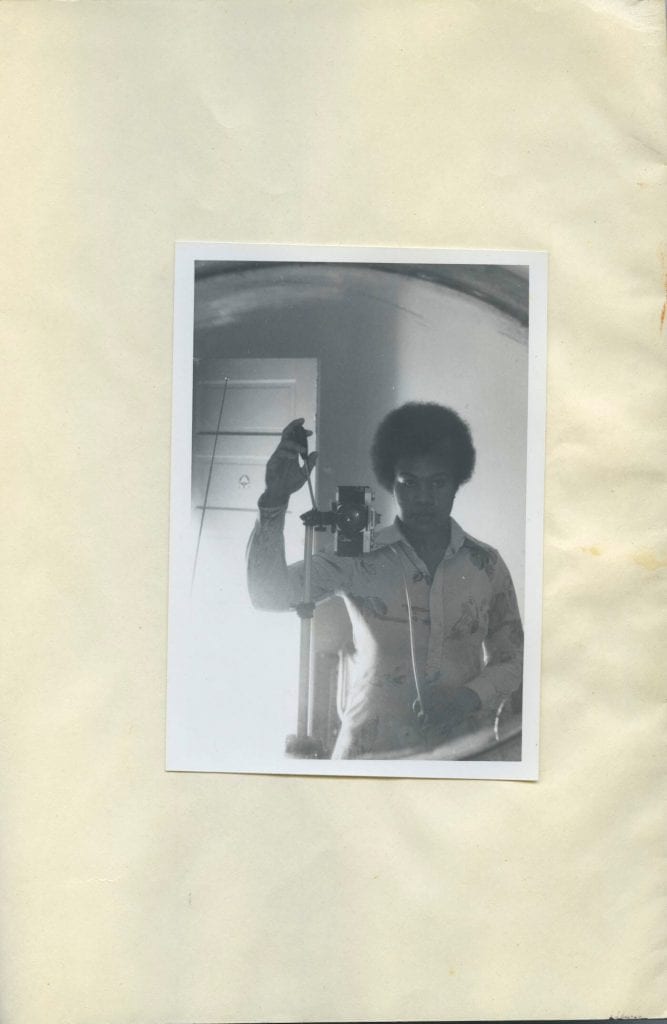 Just following the unfolding of her career is enlightening. The importance of place, of architecture and their relationship to memory are abiding themes. The themes are present in her earliest textured abstract paintings, made in New York under the wing of mentor Norman Lewis. They bloom in the shacks begun in Atlanta. They are evident in the photographs of buildings taken in Ann Arbor, Michigan, in the years before her death in 2015.

Two curatorial decisions help Burris and McArthur make their case for a richer, more complicated reading. One is to make materials from Buchanan’s archives an equal partner in the show. Letters, sketches, photos, notebooks and the like reveal her thinking and process as well her seemingly nonstop activity. It’s as if Buchanan, who abandoned a career in public health at 40 to become an artist, was determined to conquer every genre and medium.

The other move is to bring to the fore a lesser known body of work: the seven site-specific earthworks Buchanan made in Florida, Georgia and South Carolina in the late 70s and early 80s. When the artist left the Northeast for Macon, Georgia, in 1977, she called it “coming home.” Considering what she must have seen growing up in a small North Carolina town in the 50s and as a participant in Civil Rights demonstrations during the 60s, the homecoming was understandably fraught. For her, the South as a psychic space was still seething from the horrors of slavery and its aftermath.

Even as a child, Buchanan had felt moved to mark places of significance with stones. Her ruminative Frustula, which she began making in the late 70s, were compositions of painted concrete forms that evoked ruins, headstones and markers. Her earthworks were history-specific. For instance, Marsh Ruins (1981), a cluster of three concrete-and-tabby forms set by the water in Brunswick, Georgia, looks out to the spot where 75 Africans who survived the Middle Passage chose to drown themselves rather than live as slaves.

Not that anyone who came across the piece would surmise that content. From our point of view 30 years later, it is curious that she would keep a political act private. Similarly, you might miss the depth of anger embedded in works such as Three Families (A Memorial Piece with Scars) (1989), a trio of singed shacks that Spelman Museum director Andrea Barnwell pointedly placed in the vitrine at the museum entrance. But read the label bearing Buchanan’s description: “Like burnt clothing, remains carry the smell of danger, past and present. Covering or patching (houses or garments) doesn’t remove the memory. These 3 structures, after being painted, were set on fire, left to burn and extinguished by friends. These shacks are a metaphor for what then, as now, was a tactic for enforced despair.”

One of the ways the exhibition seeks to elevate her reputation and to counter a misapprehension that she was a folk artist is to demonstrate Buchanan’s social consciousness and engagement with the contemporary art of her time. The memorial aspect of her work is most relevant today, given the cultural battles about Confederate monuments and efforts, artistic and civic, to unearth and make visible America’s buried histories. 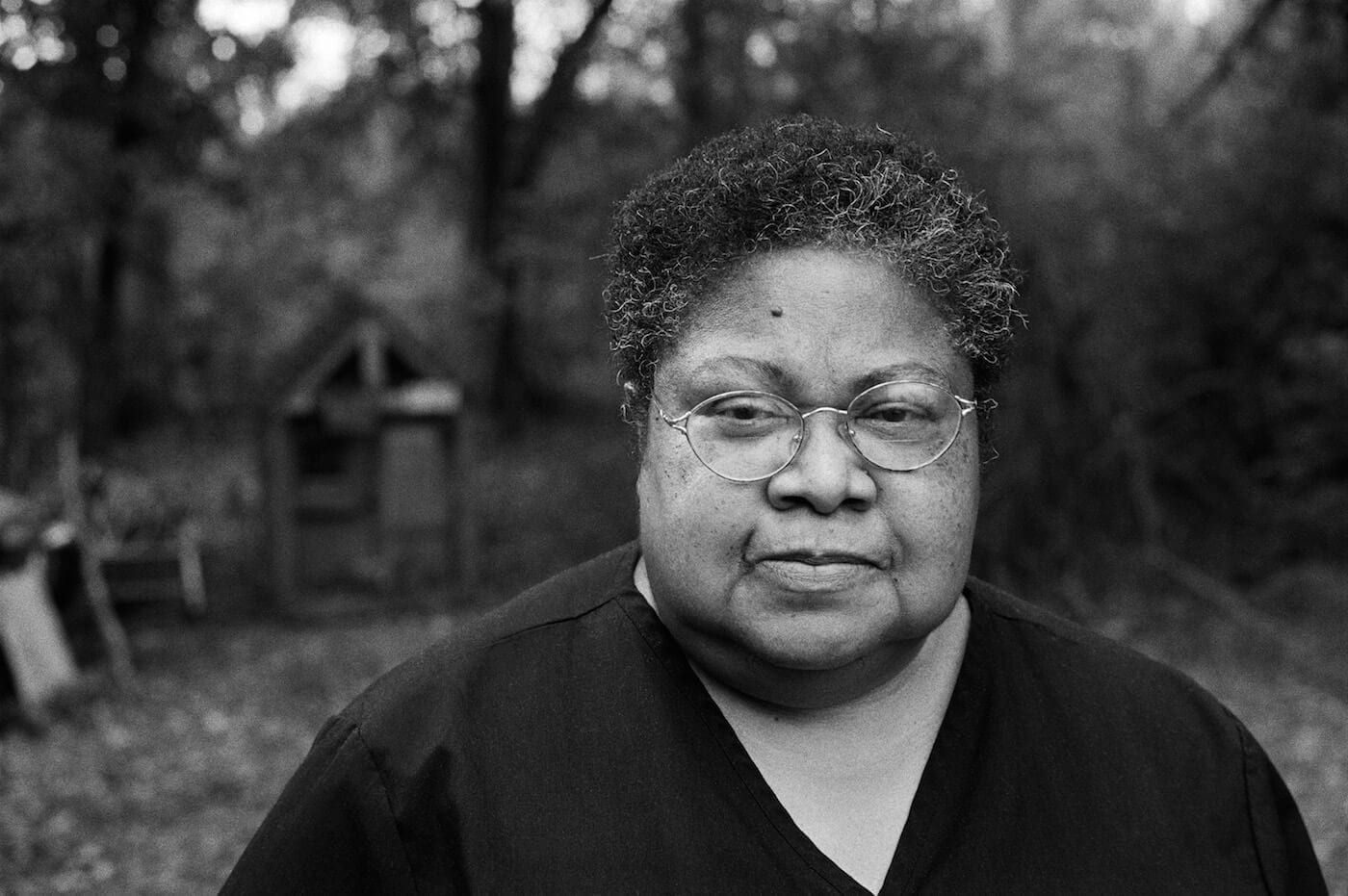 Art history rewards the vanguard. Some New York critics seemed most interested in the earthworks. One called the shacks “conventional.” But, clearly, Buchanan saw the shack as a vessel for all her feelings — anger and sorrow but also compassion, hope and joy.

Let a poet spell it out. Alice Walker, whose recorded elegy plays in the galleries (a touch added at Spelman), wrote, in part:

How do we make new/And restorative of soul/The old pain? How do we learn/To carry with grace and humor/All that has happened to us?

Buchanan found her answer in the shack.