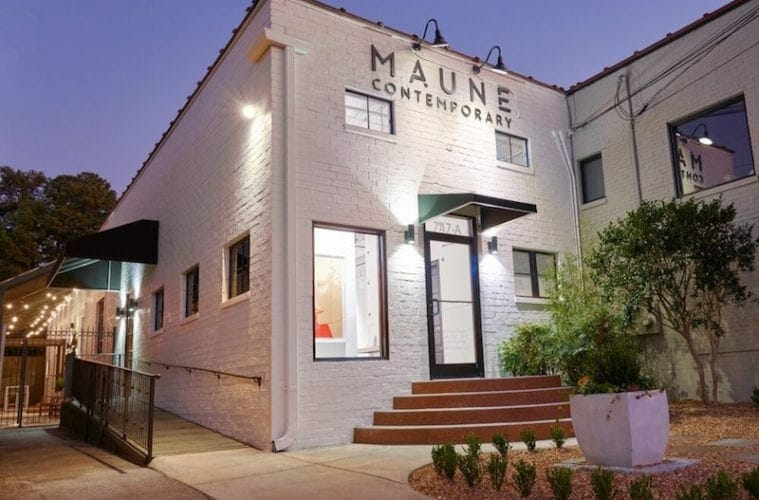 Creators (given to an artist working at the intersection of pop culture and the remix): multimedia artist Dubelyoo Wright.

Artistic Excellence (given to an artist who has elevated black visual art and had a lasting effect on the culture): photographic artist Sheila Pree Bright.

Curatorial Excellence (given to an innovative institutional or independent curator who animates public discourse and an understanding of the arts): Faron Manuel.

Spriggs-Fuller Arts Leadership (given to someone who enhances and strengthens the cultural community by curating, producing, exhibiting and advocating for artistic excellence): Franklin Sirmans.

Vanguard (given for bringing exposure to black artists and their work in significant ways as a consultant, gallery owner, educator and author): Halima Taha, whose book Collecting African American Art: Works on Paper and Canvas (1998) was the first to validate collecting work by African American artists as valuable.

Hammonds House preserves, exhibits, interprets and increases public awareness about the contributions of visual artists of African descent. On view now at the museum in southwest Atlanta is Lit Without Sherman: A Love Letter to the West End, a site-specific work by Shanequa Gay, which has been extended through December 20.

Atlanta gets a new gallery in November, but expect it to close by the first of the year. The Temporary Art Center, a project from founder/curator Scott Ingram, will open its inaugural exhibition, PROJECT, on November 15. The show will run through late December, with a closing date determined by the building’s demolition. TAC, as it’s being called, will fill the 66,000-square-foot Conklin Metal building at 236 Moore Street SE.

The Conklin Metal building in southeast Atlanta is in the process of becoming the Temporary Art Center. (Photo by Fredrik Brauer)

“This is 100 percent about creating awareness for the talented artists working in Atlanta,” Ingram says, “while also making it clear that we’ve lost a lot of Atlanta’s talent, and will continue to do so if we don’t change the model.”

Maune Contemporary has opened on Miami Circle in Buckhead with an exhibition of American figurative artist Alex Katz’s Coca-Cola Girl series. The show, which includes nine prints and one painting, runs through November 9. The 2,600-square-foot gallery is named for, and led by, husband-and-wife art collectors Ramsey and Heidi Maune. The show includes Katz prints from earlier collections as well. All are for sale.

The High Museum of Art exhibited Katz’s work in 2015 and holds some of his work in its permanent collection. The New York artist also is represented in the collection at the Georgia Museum of Art in Athens.

Next at Maune Contemporary is an exhibit featuring the work of St. Louis- and Los Angeles-based abstract painter Ted Collier (November 15–January 1) and an exhibition by New York still-life artist Donald Sultan (January 17–February 29). The gallery focuses on limited-edition fine-art prints and originals by international artists.