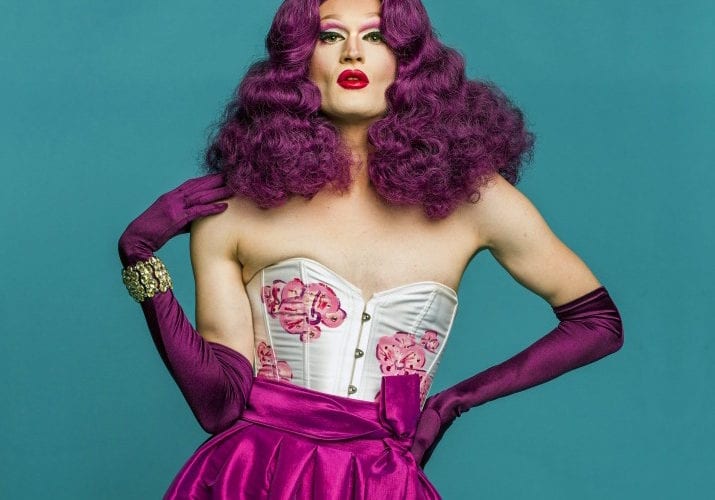 Pop-up! A detail from a portrait of Atlanta drag queen Orchid by photographer Jerry Siegel. See it at Ponce City Market.

Every Tuesday, we give you our top picks for the week, from installations and sculptures to paintings, drawings, street art, photography, videos and more.

Mapplethorpe. Out on Film screens this 2018 biopic that looks at the life of photographer Robert Mapplethorpe from his fame in the 1970s to his 1989 death. A discussion follows with Atlanta art dealer Fay Gold, who knew and represented Mapplethorpe. 7:30 p.m., Thursday, March 14. Midtown Art Cinema. Tickets HERE.

Bringing It All Back Home. Painters Richard Thomas Scott and Brendan O’Connell ask what it means to be an American today in this show at Spalding Nix Fine Art. Scott, a Conyers native now living in Hudson, New York, speaks at 6:30 p.m., Friday, March 15. O’Connell, raised in Tucker and now living in Cornwall, Connecticut, speaks at 6:30 p.m., Wednesday, March 20. At the gallery. RSVPs suggested. Show through March 22.