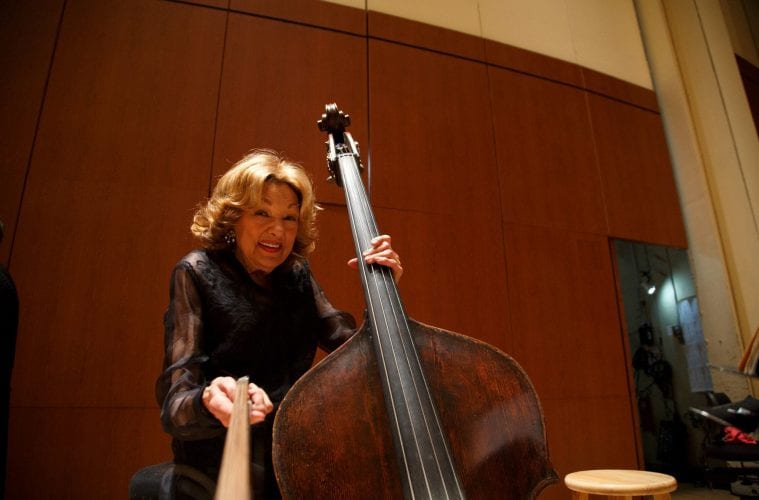 Editor’s Note: A memorial service is scheduled Sunday at 6:30 p.m. at Symphony Hall for Atlanta Symphony Orchestra double bassist Jane Little, who collapsed last weekend during a performance and died at Grady Memorial Hospital. Little, 87, was a founding member of the ASO and holds the world record for longest tenure with a professional orchestra.

Sunday’s service will include tribute performances by the orchestra and chorus, led by Norman Mackenzie.

Little began her career in 1945 as a founding member of the Atlanta Youth Symphony Orchestra, which evolved into the Atlanta Symphony Orchestra. She played under all four of the orchestra’s music directors: Henry Sopkin, Robert Shaw, Yoel Levi and Robert Spano. She turned 87 on February 2 and performed with the orchestra two days later to mark the 71st anniversary of her first concert. Little planned to retire at the end of the season.

Little sat on stage next to fellow double bassist Michael Kurth, who wrote this appreciation of Little exclusively for ArtsATL.

Jane Little was standing next to me last Sunday when she played her last note. She was doing what she loved, surrounded by people she loved, in a place that was like home to her. 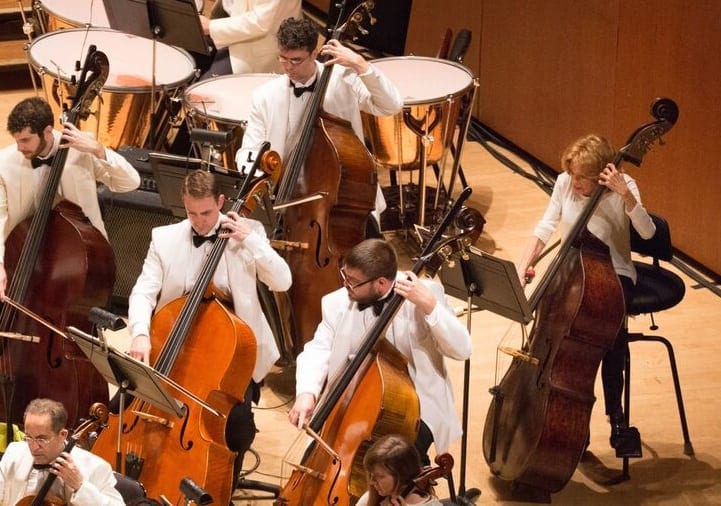 Kurth and Jane Little (in the back row) in concert two days before her death. (Photo by Jeff Roffman)

Much has been said of the “appropriateness” of the circumstances of Jane’s passing; it certainly seems poetic, dulce et decorum est and all that. Perhaps she wanted it that way, perhaps many of us would like to pass our years without a moment wasted, wringing every drop of passion and purpose out of life, sharing ourselves until the last heartbeat. But I would eagerly trade that Hollywood ending for just a few more heartbeats, a moment, one last opportunity to tell Jane how beloved she is and how much she means to our orchestra family, and how grateful we all are for her life and her gifts.

I would tell her how humbled I am by her dedication to our orchestra, the orchestra to which she devoted 71 years of her life, through lean years and years of plenty, through tours and turmoil and awards and acrimony and harmony and heartbreak. I would try (and fail) to quantify for her how much her tireless perseverance has meant to our institution. I would show her the evidence — in the modern metrics of Views, Shares, and Likes — of how thousands worldwide are inspired by her.

I would tell her how amazed I am by her resilience, bordering on indestructibility. I would tell her that when I feel sore and weary after a day of playing the bass, I remind myself that if an 87-year-old cancer patient with a broken vertebrae who weighs 90 pounds soaking wet can do it, maybe I should stop whining and get back to work.

I would tell her how I admire her sartorial flair, how hilarious it is that she’d rather sacrifice all the varnish on the back of her bass than wear jeans without rhinestones. How I secretly cheered for her when the personnel manager sent her home from a concert for wearing a blouse he deemed too revealing (this, in her seventies.) 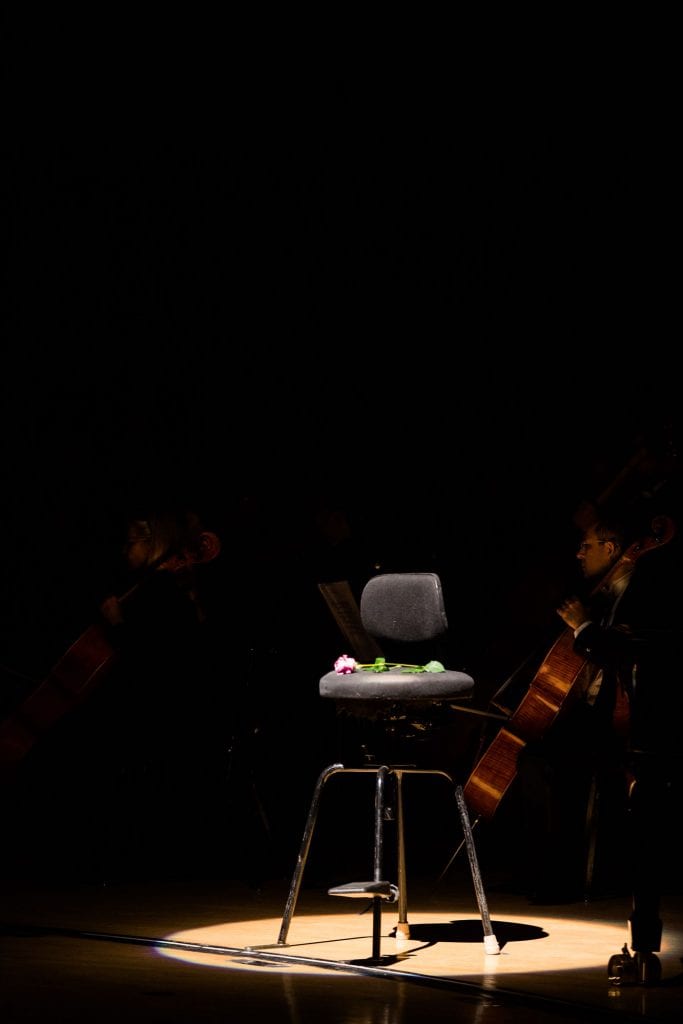 I would tell her how much I cherish her unique and layered Southern charm: I never once heard her speak that withering, veiled insult, “Bless your heart,” but its sentiment was occasionally evident in her knowing eyes and wry smile (and oftener than not aimed at a guest conductor). Indeed, I sometimes ached to hear some quaint Southern phrase escape her, as if she were a cardboard character in some Yankee director’s imagined version of “the Southern Woman of a Certain Age,” a Sugarbaker or Miss Daisy. Yet she never fell for the easy colloquialism; to Jane, to insult verbally was beneath her dignity, a waste of breath. Her true feelings were there in her sparkling and mischievous eyes, for those close enough to notice.

I would tell her that I’ve never known, nor will likely ever meet, anyone who smiled so brightly, anyone who dove into each day so completely, anyone who was created out of equal parts charm, wit, passion, dedication, and joy, bound together with bass rosin and barbed wire, anyone as worthy of admiration as her.

I can’t tell her now, so I’m telling you: remember this hero fondly, honor her legacy by doing something improbably, preposterously amazing. Share yourself as she did, fling yourself headlong down the path that leads to your passion, and don’t stop once you reach it. Go further down that path than anyone would ever expect, and find joy on each day of your journey, like Jane did.

In recent years, Jane opted to sit on a stand by herself, instead of sharing with another bass player, as is customary; this, because decades of muscling her way around that monstrous instrument had left her neck and back less than cooperative in accommodating the angles and sight lines required in sharing a stand.

Yet on that last concert, she and I found ourselves sharing her stand, just for one song: another stand of basses had misplaced their music, so I offered up mine and scooted over to look at Jane’s. She helpfully inched her music stand nearer to me, repeating in that one simple gesture the mantra of her life: Come closer, be near me, let me share this joyous gift with you. On with the show.