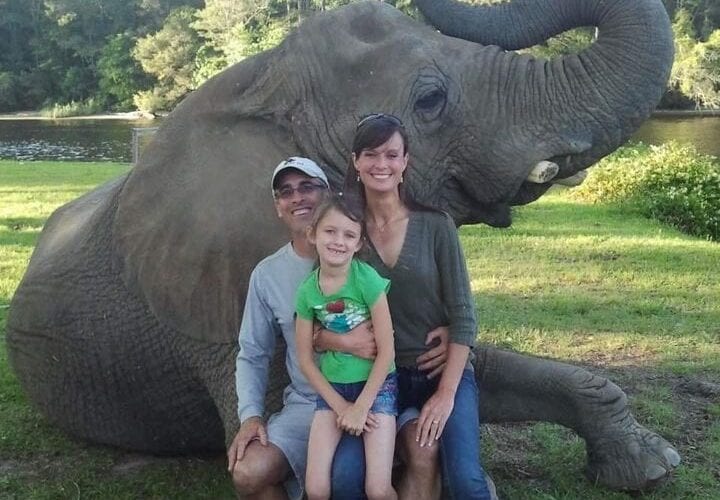 Abbie performing with Will Smith in I Am Legend. Courtesy Animals of Distinction.

Let’s say you’re a film producer and you need 300 trained frogs for a supernatural thriller that is shooting tomorrow. Or perhaps a dog to play a death scene opposite Will Smith in a big budget sci-fi film.

Who you gonna call? An animal talent agency, of course.

If you are filming in Georgia, you’re in luck because there are at least ten such operations here — some home-grown, others that have opened offices here to take advantage of the region’s booming film industry.

What is particularly interesting is that many of the owners didn’t originally intend to train and manage animal talent for a living. Take, for example, Gloria Winship, who runs All Animal Actors International with her husband, Shane Ayon. Winship was a horse trainer with a 36-acre horse ranch in Alpharetta in the early 1990s. Requests for magazine photo shoots, commercials and television shows featuring her animals generated additional income and led to film work in 1995 when the Walt Disney production Gordy answered her ad in the phone book.

“They wanted 26 animals, and I happened to have all of them, except the cows, and they needed them in two days,” she recalls.” I think I had nine shoot days with horses, cows, chickens and Gizmo the goat.” (Gizmo would become a local cult celebrity the same year in TNT’s short-lived series, The Rudy and Gogo World Famous Cartoon Show in which he co-starred as Gogo.) 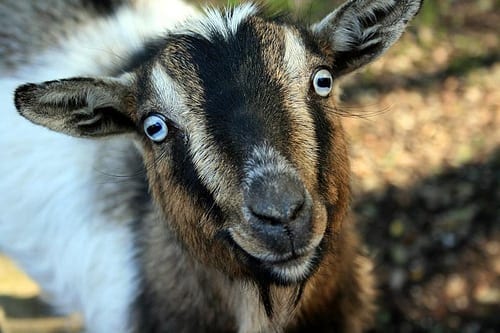 Gizmo the Goat, managed by All Animal Actors International, had a good run as a TV actor.

A few years later, while working in Savannah on The Gingerbread Man (Robert Altman’s film adaptation of the John Grisham story), she decided she wanted to run an animal talent business for a living. Among her animal talent, Winship’s golden retriever Star Baby is flown to New York regularly for jobs.

Greg and Carol Tresan of Animal Casting Atlanta also worked with animals early in their careers, but the focus was sports. Carol had grown up on a farm where her mother was a professional horse trainer. An accomplished equestrian herself, she competed in national events. Greg began in the late 1980s with “one of the best Frisbee dogs in the world.” The Frisbee competitions eventually led to a commercial for Little Debbie Snack Cakes; others followed. 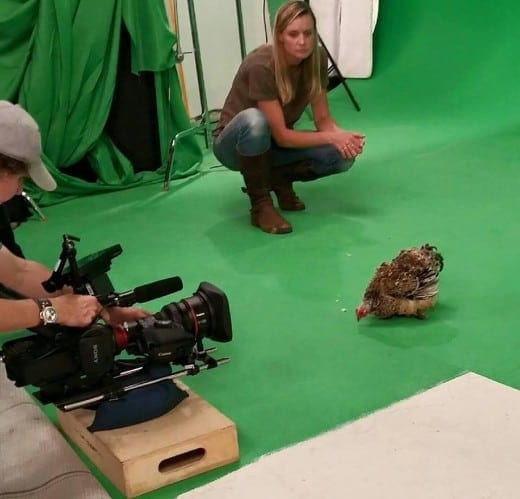 When Greg and Carol married in 2000, they pooled their talents in dog and horse training and started an Atlanta-based business which has since grown to include “everything from parrots to ferrets.” Monarch, a breed of spaniel known as a Papillon, is one of Animal Casting Atlanta’s top talents, and the company had a good run with a fire-breathing goat featured in Georgia Lottery commercials. (The Tresan family of Animal Casting Atlanta and Bubbles the elephant are pictured on the home page). 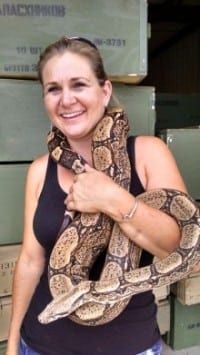 Animals on Set owner Nicole Kanoy and one of her actors.

Nicole Kanoy’s entry into the business occurred almost a decade ago through her Savannah-based non-profit group devoted to animal rescues, Wildlife Critters Circle of Life. “I rescued my first fawn when I was 11,” says Kanoy, who runs Atlanta’s Animals on Set with Renee DeRossett. “I worked for a horse trainer when I was 14 and went to school in animal and dairy science. I’ve always had a love for animals, so I’m really good at knowing the procedures and the safety and the well-being of animals.”

An animal trainer was looking for a deer for a film shoot, and Kanoy just happened to have a 10-point buck among her rescue animals, which led to her first experience coaching animal talent on a film set. She counts a llama named Marty one of her most charismatic animals.

Steve Berens of Animals of Distinction began with his uncle Ray Berwick, who was well known in Hollywood circles for his bird-training expertise on such films as Birdman of Alcatraz and Alfred Hitchcock’s The Birds. “I lost my dad when I was like 20 years old and I was just getting in trouble so my uncle called and said, ‘Hey, you want to come out to California and get into this business?’”

Berens left his hometown of Cincinnati, Ohio, drove to Hollywood and proceeded to learn the business from the ground up. Currently based in Hollywood, he recently opened an Atlanta office, though he’s already worked here on such films as the Adam Sandler comedy Blended (2014).

While the idea of working with animals and training them for the entertainment industry may sound like fun, not to mention glamorous, it takes special skills.

“A lot of people think that just because they like animals, they can be an animal trainer or wrangler,” says Kanoy, “but they don’t understand the connection the animal has to have on film and how to make it look real when it’s not.”

Adds Greg Tresan: “It’s all about behavior. Being able to draw the best behavior out of whatever creature we have to bring to the set…to get that animal to do what they want in such a way that the animal is comfortable and has a good attitude about it.”

Berens has trained some of his dogs to exhibit more than 300 different behaviors. He had to teach his dog Abbie, one of his break-out stars,  how to die in Will Smith’s arms for I Am Legend, the 2007 post-apocalyptic adventure in which Smith has to kill his dog with a fatal injection. The death scene is so realistic that many animal lovers hate to watch it.

“On the first take Abbie really learned to roll down that arm and to just let go…allowing her body to go completely limp,” Berens recalls, adding, “If you have to kill your own dog [in a film], it’s very emotional.”

The film industry’s growing presence in Atlanta has made for more competition among animal trainers. Winship admits that competition is a major concern, and self-promotion is key. “What I hate doing is being on the computer,” he says. “I’d rather be training. But in this business, if you don’t stay right with it, then you miss the jobs.” 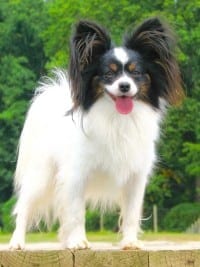 Even animals have to have head shots. Monarch works for Animal Casting Atlanta.

Berens voices what is probably the most difficult aspect of the business. “I had a border collie named Jake when I first started,” he says. “He was just a great working dog, and I’ve had a lot of different ones through the years. They’re all kind of special.

“You get very close to them when you train them and end up spending that much time with them. And they don’t have the longevity that people have. So through the years as an animal trainer you lose quite a few friends. That part of it is kind of tough.”

For more information about the many animal talent agencies in Georgia, check out the 2015 edition of The Georgia Film & Television Production Sourcebook.