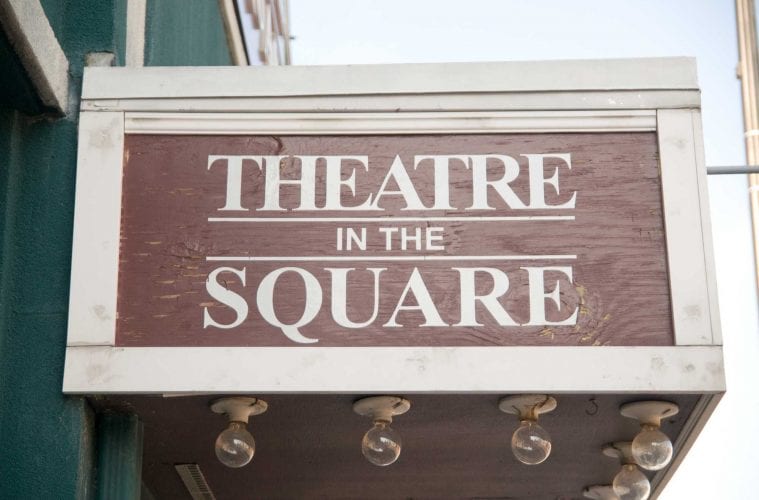 "Unfathomable that they are gone”: The demise of Theatre in the Square was a wake-up call for the local theatrical community.

When Marietta’s Theatre in the Square sent out a public appeal last year to raise money to keep it alive, most people in the local arts community assumed it would be able to do so. After all, Georgia Shakespeare and Actor’s Express launched similar campaigns around the same time, and they were able to raise enough to stay afloat.

But even after the appeal netted some needed funds, Theatre in the Square’s board of directors last month opted to close its doors permanently. Ultimately, there was no deus ex machina to save the theater, despite Artistic Director Palmer Wells’ desire to stay open and strong public sentiment for the 30-year-old playhouse.

Richard Garner, artistic director of Georgia Shakespeare, didn’t foresee what was to come. “I was watching it closely, reading about it in the newspapers, and was surprised when it happened,” he says. “I thought they were making progress on their campaign, but sometimes progress is not enough.”

The shuttering of the theater came as a shock to most in the local theatrical community. “It was and still is unfathomable to me that they are gone,” says Freddie Ashley, artistic director of Actor’s Express. “That a theater that prominent, that has been around for that long, can go away is unbelievable.”

Wells and his late partner, Michael Horne, started Theatre in the Square in 1982 and developed a nationwide reputation for staging world premieres and classics, such as a remarkable version of Martin McDonagh’s “The Beauty Queen of Leenane” with Jessica Phelps West and Suzi Bass. Even after the much-noted 1993 Cobb County Commission resolution that denounced homosexuality and pulled arts funding after a county resident objected to the theater’s “Lips Together, Teeth Apart,” the theater continued to produce edgy, often gay-themed fare such as the Tony-winning “Take Me Out” and “The Little Dog Laughed.” Its final production was the acclaimed “Flyin’ West” by Atlanta playwright Pearl Cleage.

Without knowing details of the theater’s financial situation, it’s hard to know what happened and why certain decisions were made. How its demise will affect the rest of the local theater community remains to be seen — as well as whether others can avoid the same fate. The closing has sent ripples throughout Atlanta theater and made administrators see the cold reality of what could happen. “It’s a wake-up call,” says Garner. “We were close to the edge ourselves, and to see it happen [to them] is [like] a slap in the face.”

Anthony Rodriguez, artistic director of Aurora Theatre, calls it a clear warning. “I hope we [as a community] don’t panic,” he says. “It’s a cautionary tale about what can happen if we aren’t careful and make sure our financial houses are in order.”

Local theaters have felt the pinch of the rough economy and a decline in government funding. It’s the middle-sized companies, generally regarded as those with budgets under a million dollars a year — Actor’s Express, Georgia Shakespeare and many more — that are the most vulnerable. While the bigger organizations have more funding and corporate backing behind them, the smaller ones have more flexibility. They also face more financial challenges.

Before he left to become artistic director at Portland Center Stage, former Actor’s Express Artistic Director Chris Coleman said that there was very little safety net for his theater — one slip per season, one show that didn’t click the way it should, and it was cause for concern.

That sentiment is shared by Garner, who recalls being part of a recent conference where it was suggested that theaters have three months of reserves on tap just in case. “We went around the room and everyone’s reserves were under a month or negative,” he says. “We are undercapitalized.”

Georgia Shakespeare and Actor’s Express realize that asking the community to keep a theater going is something they can’t do again anytime soon. Having asked already, Ashley says, he and others in his shoes can’t ask again.

Other area theaters have made public appeals as well, either as a direct appeal to keep the theater alive or as the more traditional annual campaign. "The 1940s Radio Hour" was a holiday tradition at Theatre in the Square.

Rodriguez says it wouldn’t surprise him to learn that other local theaters have faced similar circumstances as those that mounted “do-or-die” appeals last year but did not go public. The nature of running a theater these days means having to operate frugally and without as much support as needed. “Richard [Garner] told me that the problems are all the same for everyone,” says Rodriguez. “It’s a matter of how many zeroes are attached at the end.”

Fortunately, neither Ashley, Rodriguez nor Garner has altered any planned programming because a fellow theater company has closed or because the economy has tightened — and their boards support them. Ashley acknowledges, though, that he looked hard at what he scheduled for his 2011-12 season and carried the expectation that every play will succeed financially. He was very pleased when Actor’s Express’ fall musical, “Spring Awakening,” exceeded expectations.

Garner’s annual Piedmont Park event, renamed “Shakespeare in the Park,” has been remodeled somewhat with the goal of making it a little more profitable. He realizes that some of his productions are likely to be received better critically than commercially, and is happy that his board lets him program accordingly.

Events have been ramped up at Aurora, including the annual “Ghost Tour” project and camps and classes throughout the year. Rodriguez says Aurora is in great shape financially, and an upcoming challenge grant opportunity, if met, will let it create a reserve. Their pleas for money have helped Actor’s Express and Georgia Shakespeare steady their ships and stabilize, although Garner and Ashley both feel there is ongoing work to do.

With the closing of Theatre in the Square, Rodriguez says it’s more important than ever for theaters to cultivate donors. “To keep a non-profit on solid ground, each theater has to have a relationship with its donors,” he says. “It’s important to find out what they think is important.”

Garner feels that local theaters must “get smarter and smarter.” The money that Georgia Shakespeare raised last year was for both short-term and longer-term use; one of his first moves was to hire a managing director in order to “manage ourselves better.” A willingness to collaborate and partner artistically with other companies, and share technical costs, is also becoming essential, Garner says.

But it still comes down to how many zeroes there are, and whether individual companies can bring in enough from donors and audiences to stay alive. “Each theater needs to figure out their safety net and create a reserve in case something goes wrong,” says Rodriguez.

It’s the plan Ashley has followed at Actor’s Express. He has used the money that was raised to help pay off debt and stabilize. In addition, there was internal restructuring. “We set some goals,” he says. “We have an operations cash reserve and then an emergency board reserve. [It’s vital to have] the right staff and board to make the organization sustainable, despite the volatile business model.”

The harsh lesson they’ve all taken from Theatre in the Square is that survival is not a given. “If anything good comes from all this,” says Ashley, “it’s knowing that if a theater with such a history can go under, anyone can.”