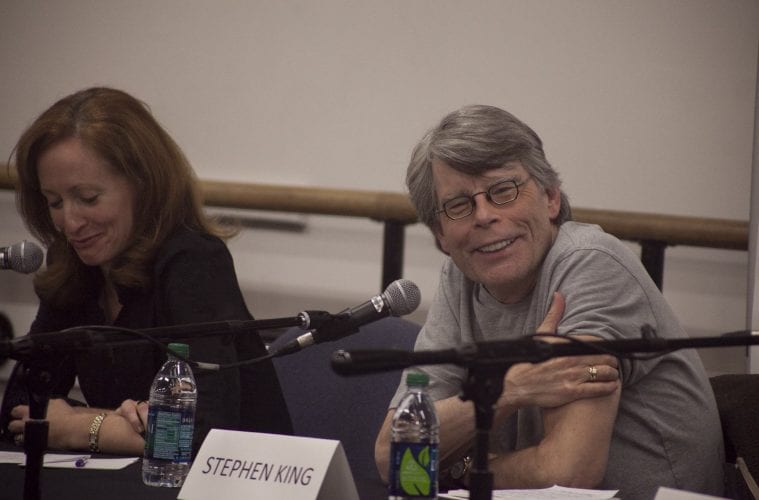 Analysis: Atlanta building on its reputation as a “go to” place for theatrical world premieres 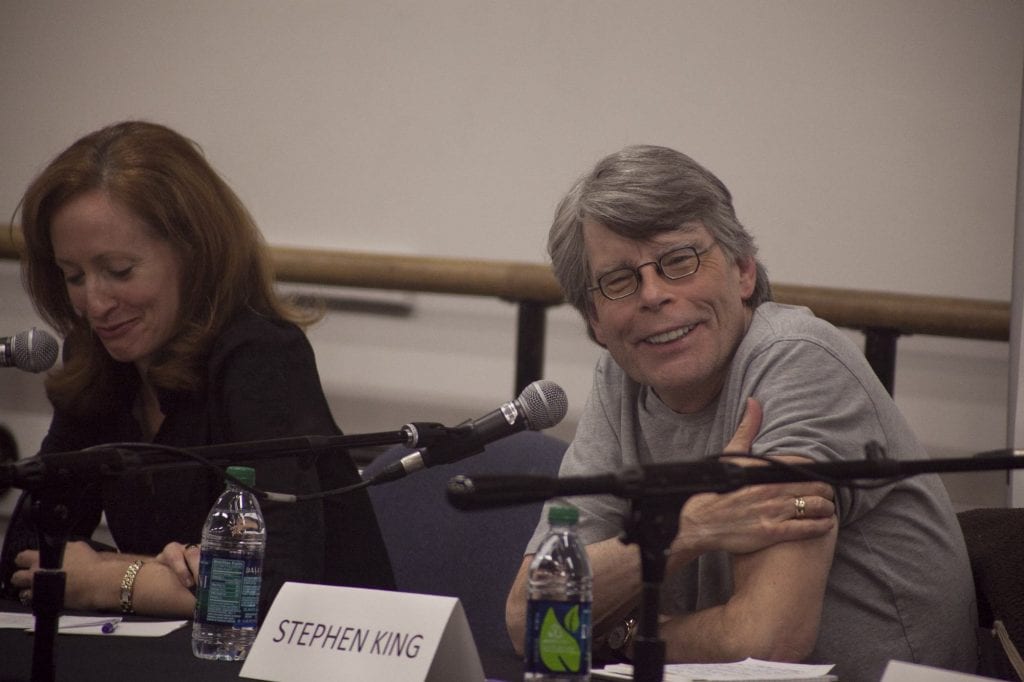 The Alliance Theatre's Susan Booth (with author Stephen King) is aggressive in staging bold world premieres such as "Ghost Brothers of Darkland County."

When the Stephen King-John Mellencamp musical “Ghost Brothers of Darkland County” bowed in its world premiere at the Alliance Theatre in April, it created not just a local buzz but a national one. Not many Atlanta-based premieres get mentioned in The New York Times. But few would argue that Atlanta has become a hotbed for new theatrical productions.

While world premieres have always been integral to Atlanta’s theater community, individually and collectively, the last five years or so have seen a proliferation of new work in town. These days, as the city’s reputation for championing new material has taken off, it’s no longer a surprise to see world premieres all over town, sometimes on top of each other.

The Alliance is the undisputed local leader in new work. In a typical 11-play season under Artistic Director Susan Booth, half the schedule can be previously unseen material. Many splashy, Tony-nominated musicals have stemmed from the Alliance — “Elaborate Lives: The Legend of Aida” in 1998, “The Color Purple” in 2004, “Sister Act” in 2007 and “Come Fly With Me” in 2009 — and last year’s “Bring It On” could easily end up on Broadway too.

And quieter work at the Alliance, such as Tarell Alvin McCraney’s “In the Red and Brown Water” (2008) from the theater’s annual Kendeda Graduate Playwrighting Competition, has also attracted notice, as did “26 Miles” (2009) by Quiara Alegria Hudes, who went on to win a Pulitzer Prize for drama a few years later.

The Alliance, though, is far from the only local theater known for world premieres. Earlier this year, Aurora Theatre staged the debut of Hunter Foster’s musical “Clyde ‘n Bonnie,” to both critical and commercial success, and 7 Stages presented Pamela Turner’s drama “Hidden Man,” about folk artist Howard Finster. Horizon Theatre opens the comic “The Waffle Palace,” by local playwrights Larry Larson and Eddie Levi Lee, this week. Actor’s Express and Theatrical Outfit regularly stage premieres. And the list could go on.

Whether shows that originate locally go on to regional success after testing the waters here or stall after opening, all are important for the ecology of Atlanta theaters in nurturing new voices, challenging themselves artistically and satisfying patrons — and enhancing the city’s reputation as a vital regional hub.

Booth thinks Atlanta audiences are especially receptive to seeing new productions and taking that chance. “Atlanta is a sophisticated community that embraces innovation,” she says. “Atlanta loves to look forward. We are so excited when a new restaurant opens, or a new retail. We love the new, the possibility it will redefine us.” 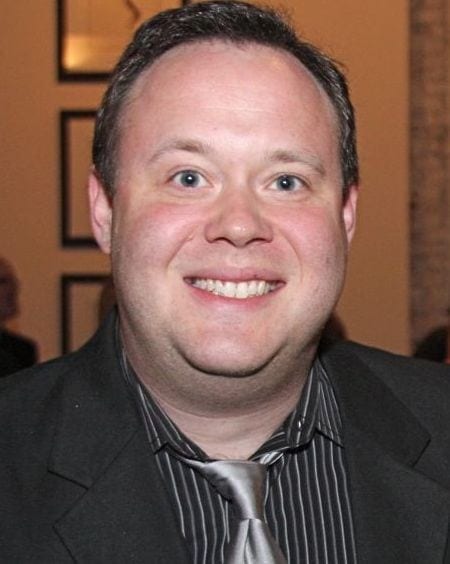 For her, it’s vital to uphold the Alliance tradition of new work. “It’s critical to test our mettle,” Booth says. “The commitment we have is to simultaneously diverse audiences, and if you are going to have that, you have to have work that doesn’t travel with a lot of preconceived barriers. New work does that. It doesn’t have all of these incumbent ‘thou shall and shall not’ attachments to it. Everyone is on equal footing when they meet it.”

One of the most successful musical premieres ever in Atlanta was at Actor’s Express with “The Harvey Milk Show,” which debuted in 1991 and was restaged in 1996. Freddie Ashley, artistic director of Actor’s Express, thinks the discovery of new works is at the heart of the theatrical community.

“It’s part of who we [at the Express] are and who we’ve always been,” Ashley says. “The Express has a tradition of producing new plays that goes all the way back to [founder] Chris Coleman’s tenure. New work is increasingly important in Atlanta. I think it takes a certain amount of ambition to place a priority on new work, and the spirit of ambition is embedded in Atlanta’s DNA.”

Lisa Adler, artistic director of Horizon Theatre, doesn’t think Atlantans go to theater with a “what world premiere can I see this week” mentality, but are simply drawn to quality work. She acknowledges that opening a new play, especially one from an author without a proven track record, can be a marketing challenge.

Booth can relate to that. In the case of “In the Red and Brown Water,” she was working with a playwright who was virtually unknown. But the drama sold out performances here and even won three Suzi Bass Awards. “What is cool is that it sold to the gills,” says Booth. “Atlanta was smart enough to say they knew beautiful work. It didn’t matter they didn’t know [the playwright’s] name.”

The trick to successfully presenting new work is to fully embrace the concept and have the courage to do it over and over. Not to mention the smarts and vision to find works that will capture an audience’s imagination. “What you do is, you build a batting average,” Booth says.

And a high batting average attracts talented playwrights in search of the perfect place to launch a new work. “As we took on new work, the dynamic has shifted and we found ourselves on the receiving end of opportunities,” Booth says. “That doesn’t mean we don’t still do aggressive scouting, but it’s nice to have a growing sense that we are a compassion crucible.”

Ashley has seen the same dynamic at the Actors’ Express. “I wouldn’t say we had to pursue [our world premieres] aggressively,” he says. “ ‘Albatross’ [in 2010] came to us, while ‘Octopus’ [2008] and ‘Fair Use’ [2009] evolved out of existing relationships with the playwrights. As members of the National New Play Network, we also discover new plays through that channel.” 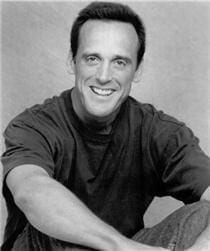 Ann Carol Pence, associate producer of Aurora Theatre, doesn’t think Atlanta has the reputation quite yet that other regional cities enjoy for opening new productions, but she acknowledges that the city is growing in stature. And she says that what is good for one local theater is good for all. “It helps all of us when ‘Sister Act’ premieres in Atlanta and then goes to Broadway,” Pence says.

Since Aurora’s highly successful “Clyde ‘n Bonnie” premiered, her telephone has been ringing every day with artists pitching new musicals. It took her two years to get that musical to her theater, but she knew she wanted to take the chance. It was worth it, Pence says, giving the troupe the confidence to know it can pull off such a large-scale production and premiere an acclaimed musical that is obviously bound for future engagements elsewhere.

Tom Key, artistic director at Theatrical Outfit, is very optimistic about where Atlanta now sits as a theatrical community. “I see it heading in a great direction,” he says. “When a city evolves into a great city, it changes from being consumers of art to producers of art, speaking the voice of a community.”