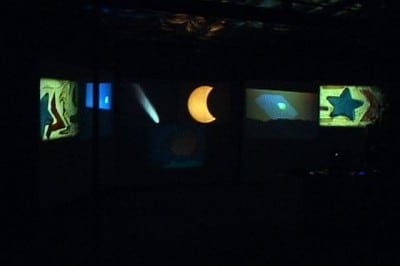 An eight-projector film extravaganza, at Eyedrum

Roger Beebe, the Florida filmmaker known for his multi-projector, audience-enveloping film projects, will be in Atlanta on Saturday for an 8 p.m. screening of three short films at Eyedrum.

Beebe, who will conduct a post-screening discussion, has called them “performance films” because they can only by screened when he is actually manning the projectors, which requires him to run from one to the next.