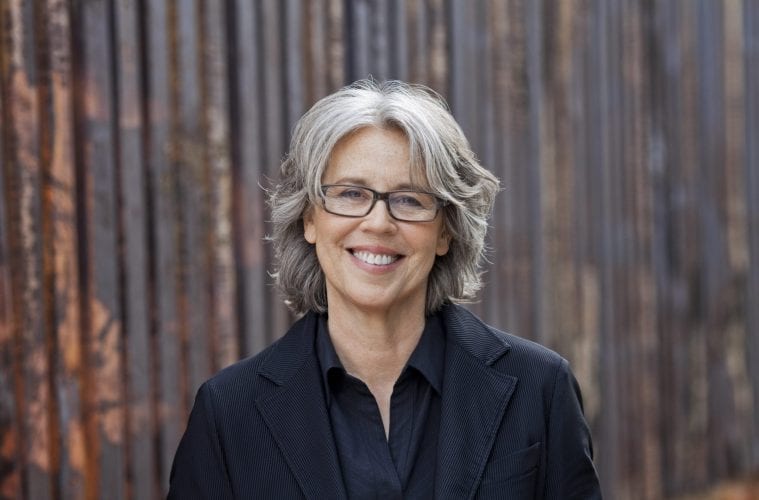 The Stranger You Seek (Bantam 2011, 304 pages) and Stranger in the Room (Bantam 2012, 321 pages) are the first two novels in Atlanta author Amanda Kyle Williams’ absorbing police procedural series. She has created a sassy and complex main character in Keye Street, a disgraced FBI profiler now turned private investigator. Street is Chinese by birth but was adopted by a Southern family, and Williams takes full opportunity to explore race relations with her sharp and unflinching observations.

ArtsATL conducted the following interview by email with the author, who will speak at the Decatur Book Festival in August. ArtsATL: Why a detective thriller?

Amanda Kyle Williams: Once I began reading novels, I fell pretty hard for crime fiction. And spy fiction. But I think it was the Thomas Harris novels, Red Dragon and The Silence of the Lambs, that planted the seed in my head. I mean, who wasn’t fascinated with behavioral analysts after those books?

Sadly, television recently adapted the characters from those books and turned the great Will Graham into some kind of psychic detective. Profiling is evidence-driven. It’s about interpreting crime scene evidence to infer personality characteristics for the purpose of assisting law enforcement in identifying a suspect. And yes, reconstructing the interaction between victim and offender is vital. But it is not done through a series of dreams and visions.

ArtsATL: Where do your ideas come from?

Williams: I’m very inspired by real-life events, crime particularly. When I was doing a lot of study in the area of criminal profiling, the courses focused on real cases, so that the crime scene photos and reports could be reviewed and analyzed. It gave me a lot of ideas for my bad guys. I studied. Research helps you get it right. But it also gives you the confidence to write a subject with some ease.

But my background isn’t in law enforcement or criminology, so I need professionals I trust who can answer a lot of questions. This usually happens when I first begin to outline possibilities for a story. I need to know what’s plausible. As I get deeper into the story, and my detectives are dealing with crime scenes and certain behaviors at crime scenes, I usually have to reach out a few more times.

In Stranger in the Room, I needed to know if tear fluid would fluoresce, under what conditions it might fluoresce and how it might be detected. The regional medical examiner for the GBI in Savannah very patiently helped me through this. Criminal profiler Brent Turvey has been wonderfully helpful on other issues.

ArtsATL: Street is a recovering alcoholic, a divorcee and an ex-FBI agent. She is also charming, smart, witty and very funny. Did this series start with the story or with Keye’s character?

Williams: I had a story in mind for the first book, but it wasn’t developing because I was searching for that just-right character. I began several times. The night Keye Street jumped into my head was the breakthrough. She felt real, fully formed, and strong enough to be my narrator. It was one of those rare moments in a writer’s life where the stars aligned perfectly. ArtsATL: The Stranger You Seek opens with a mesmerizing passage on race relations in the South, in which Keye recounts how she and her adopted gay African-American brother, Jimmy, grew up. Did you always know the series was going to explore race in the South?

Williams: It was something I wanted to explore through the eyes of characters of varying ethnicity. My niece is Chinese, and Keye was created when I began to wonder how different her South might be from mine. I needed a character who could poke fun at it a little, at the South and all the subtle, shape-shifting forms racism takes. Keye cleared the path for me. But I’m careful with it. . . . I know that when I open a book, I’m not looking for a lecture. I’m looking to get lost, flip pages, bite my nails, spend a day on the couch, maybe get a laugh or two. That’s what I try to give my readers. If they wanted a sermon, they wouldn’t be buying thrillers.

ArtsATL: Atlanta is also a bona fide character in your novels. How do you choose the neighborhoods and districts you highlight?

Williams: When I started to write about the city I knew and loved, the neighborhoods, the state, it transformed my writing, gave it a realness it had been missing. And there’s a fine tradition of setting and place in crime novels. I love that. I want to know what the street looks like in rain, the rhythm of a place, its weather and people and accents and restaurants and back alleys. I want to close a book knowing that town just a little better. I could feel Boston in Dennis Lehane’s Gone Baby Gone the way I feel James Lee Burke’s Louisiana and Raymond Chandler’s Los Angeles: “a city rich and vigorous and full of pride, a city lost and beaten and full of emptiness.” That sentence actually makes my knees a little weak.

ArtsATL: Writing a compelling and believable hero or monster requires going deep into the character’s psyche. In the first book the reader hears from the serial killer through spooky blog posts and taunting letters sent to the police. In the second book the killer is not given a voice. Was this a stylistic choice?

Williams: In each book we will see Keye take on a different case, a new villain with a very different modus operandi and signature. My monster in The Stranger You Seek was an extremely violent sexual sadist, totally egocentric, and loved the attention, the headlines, wrote letters to the media and police, and maintained a blog to brag about the violence and relive interaction with the victims. Because of that blog, we were allowed into the criminal’s mind and crime scenes.

That’s not always going to be realistic. I write first person. My character can’t be omnipresent. And I don’t want to turn her into one of the vision-driven profilers from television. So, different approaches with different villains. So sometimes we will have to see them through Keye’s eyes, and sometimes they will speak for themselves. You can expect a little of both in the third book, Don’t Talk to Strangers [coming in February 2014].

ArtsATL: Keye moves between Atlanta and rural Georgia. In the second book the rural crime starts out with chicken feed but quickly turns macabre. Williams: Well, everyone in the area knows from experience that things can go south pretty fast when you have a crooked crematory operator. Tri-State proved that. And the operator-owner, Ray Brent Marsh, is sitting in jail right now. I wrote a very different story. But I was inspired by real-life events, as I often am. I have all the photographs taken by the GBI agents who first arrived at the Tri-State property, 14 CDs of gruesome photograph. Horrible. Those people were treated with so much reckless disregard. The families suffered. It stuck with me.

ArtsATL: The second book as a whole is much darker, and you also concentrate a lot more on Keye’s family dynamics. Is this added darkness and depth a result of getting to know your characters better or something you intended?

Williams: The first book needed to be a full-on race to the end to solve the crime. I thought the second book in the series needed to also give readers a clearer picture of Keye, her family and her ongoing struggle with addiction. I want it to be a long series. I want these characters to struggle the way we all struggle with life, with selfishness and self-indulgence, with love, with family relationships. And I want them to laugh.

ArtsATL: The second book leaves Keye at a particularly vulnerable moment, and also Jimmy might be returning to town. Can you tell us a little something about the third book?

Williams: We meet Keye’s brother again in the first chapter, jogging through Piedmont Park. We will hang out with Keye while she consults for a small-town county sheriff on the disappearance and murder of three young women. Keye’s boyfriend, Aaron Rauser, is at home in Atlanta, and her family and friends are in Atlanta. She’s out there in the boonies without a net. She will get a very important phone call that will begin to clear the path for more exploration into her family, adoptive and biological.