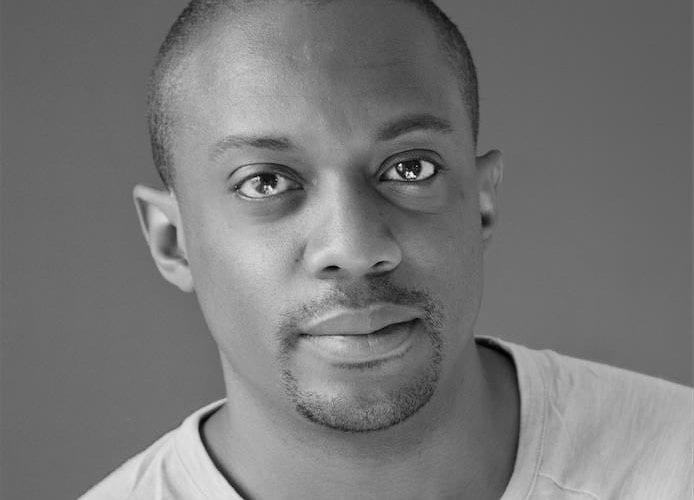 “All art is political”: a conversation with Hank Willis Thomas

Since establishing themselves at the first artist-run super PAC in January, For Freedoms has been working tirelessly to engage the public in critical discourse of our political system. For those unfamiliar, a super PAC is an independent political action committee which can raise unlimited funds from corporations, unions, associations and individuals. Though the money raised cannot be coordinated with any specific parties or candidates, the influence of these organizations is critical within elections and very well-documented.

Usually funded by private investors or large corporations, an artist-run super PAC is a completely new concept, though the driving force behind it is not. “We believe that artists, and art, play an important role in galvanizing our society to do better,” says For Freedoms on its website. “We are frustrated with a system in which money, divisiveness, and a general lack of truth-telling have stifled complex conversation. We created the first artist-run super Pac because we believe it’s time for artists to become more involved in the political process.”

Co-founders Hank Willis Thomas, Eric Gottesman, and their team have engaged dozens of artists and institutions around the country, getting citizens and non-citizens involved in the conversation as they go. Now, with the election just around the corner, they’re busier than ever. Thomas stated during our phone conversation that his team of about six people has visited 35 states this year. For Freedom’s Yard Sign Activation, brought to Atlanta by Flux Projects, will be installed on the front lawn of The Carter Center from October 17 to November 11. In conjunction with this installation, Thomas will be speaking at the Carter this Wednesday, Oct. 19, hoping to engage in a thoughtful, political discourse with the Atlanta public. We spoke by phone leading up to his visit.

ArtsATL: Yard Sign Activation will be installed in front of the Jimmy Carter Center on Freedom Parkway leading up to the election — how do you think the historical significance of its positioning amplifies or complements your work?

Thomas: I think that the scale of the project and range of voices participating is what For Freedoms is about and what a lot of my art projects are about. We want to put the public in public art through that kind of very large and ambitious installation but also through subtle, deep engagements.

ArtsATL: Have The Truth Booth and Yard Sign Activation ever been in the same city before?

Thomas: We were just talking about that. I don’t think that they have. I’m here with The Truth Booth right now [in West Palm Beach] and I’m very excited for next week. For Freedoms Project and The Truth Booth are projects we wanted to do in 2016 ahead of the election. It is so important to hear the voices of the public through those installations. They’re a great opportunity to do that.

ArtsATL: Yes, and in both projects, you engage participants by having them complete seemingly innocent phrases. How does coaxing individuals into finishing such sentences engage them politically?

Thomas: Any time that we use our voice to people who we don’t know, it’s a political gesture. All art is political. Today we hear all of these statistics and information about the public, but we don’t hear that much from them. That’s where our interests lie. These two platforms allow the public to present their ideas either in a written form or verbally and visually.

With For Freedoms, we also give an opportunity for artists to voice their opinions in the social sphere, too. Political and social engagement outside of commerce is something that the public needs. Commerce is all that we see — advertising in public space. We’re trying to reclaim that. For Freedoms’ work Yard Sign Activation will be installed in front of the Carter Center leading up to the election.

ArtsATL: Your mother, Deb Willis, has functioned in the more academic sphere for some time. Would you say that education begets activism? How has her work influenced your own, and how does it continue to?

Thomas: On Friday we’re actually doing a joint presentation for NYU’s Community Day. I’ve had the opportunity to work with both of my parents in a lot of ways. Both of them are activists and educators. I’m a result of people who are infinitely curious and I think curiosity turned into action with politics, art and activism. The action doesn’t have to look political to be political. Any time we ask questions we are being politically active. That’s where education comes into play — it’s a space where it’s okay to not know, to ask questions and to ask questions about things we think we already know.

With my mother’s work, what she’s done is look to photography and look at representation of African-Americans primarily, and ask the questions. What pictures aren’t shown and for what reasons? What pictures have been shown and been ignored? What can you take away from images that are often ignored?

ArtsATL: Why is it imperative to make politically engaged artwork?

Thomas: Again, I think all art is political so I hesitate to differentiate. The only difference is when you call something political or you call something art it allows people to look at the same thing in a different way. I think we’re really interested in shifting the lens on things that we probably are already arguing. We’re changing the context a little and calling it by another name. The truth is what we call ourselves is what we become and present ourselves to the world.

ArtsATL: Do you introduce yourself as an activist first or as an artist, then?

Thomas: I introduce myself as a person. “Hello, I’m Hank Willis Thomas and I am a person [laughs].”

ArtsATL: What role do you think that Atlanta should play in the larger national conversation given our history with the civil rights movement?

Thomas: Atlanta is such an important and integral part of American history. Especially this time of year, this time in American history, it’s fascinating because Georgia is becoming a much more diverse state in respect to ideas and issues that are of the moment. When we see so much important activism and so much talent coming out of Atlanta it’s a really great and exciting opportunity for the city to continue to push and become this incredible example of the new, “New South,” which is leading up to the potential that it’s always been described by the South which is being welcoming, transformative and open.

I’m excited to come back. Every time I do it’s interesting how artists like Sheila Pree Bright and friends like Radcliffe Bailey are forging new ground and their work is being seen in a very different way. It’s such a great time for Georgia and for Atlanta and for the country. Obviously a lot of us are scared, but what’s been amazing is the kind of reckoning that’s been happening over the past eight years. Things that have been bubbling under the surface are finally being addressed in plain English, and that’s what we need — to have a public discourse. Of course, not all of us are going to get along and agree, but we are actually talking through the issues rather than glossing over them.

ArtsATL: Yes! What’s exciting to me, being here is that it’s being addressed more plainly here in our artwork and in the programming that arts organizations are putting together. It’s an awesome time to be in Atlanta.

It’s one thing to have your artwork here to represent what y’all stand for, but how are you hoping to expound upon that in your conversation at the Carter Center on Wednesday?

Thomas: Everywhere I go, I’m more interested in learning than I am teaching. Hopefully, I get the opportunity to do a little bit of both. I like to always not know exactly what I’m doing because it leaves me open and allows me to be flexible. That’s what I’m hoping y’all are, that we don’t ever rest on our laurels and acknowledge that the road to progress is always under construction. As soon as we think we’ve made an achievement or accomplished something we have to make sure we keep our eyes on the prize and that there’s more bridge to be built and so much work to be done.