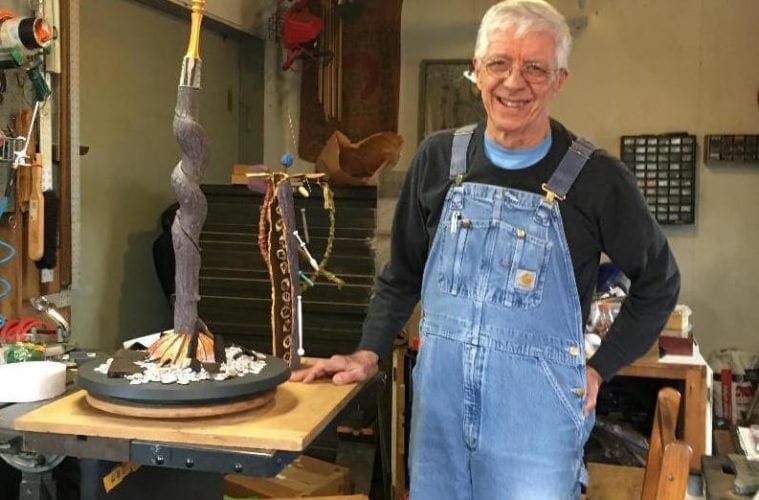 Norman Wagner's roots in the visual world are deep, and every aspect of his life informs his passion for design. (All photos by Deanna Sirlin)

A trip to “Tobacco Road” with Norman Wagner, still creating at 80

Norman Wagner moved from rural Illinois to build a printmaking department at the Atlanta College of Art in 1963. For the past 41 years, he’s worked from his home and three studios at the end of a dirt road north of Alpharetta. Good friend and colleague Bill Nolan called it “Tobacco Road.”

Today, natural elements collected over the years fill those studios. It’s where Wagner combines bits of nature with found and made elements to create sculptures, collages and multilayered prints, many of which are one of a kind.

Wagner, often seen in his signature overalls, has a studio for sculpture, one for his printmaking presses and another — once a barn for his horse Charlie — filled with wood and natural and found objects. Each space is ordered chaos, chockablock with the tools of his trade and works in progress. Art books fill his home. 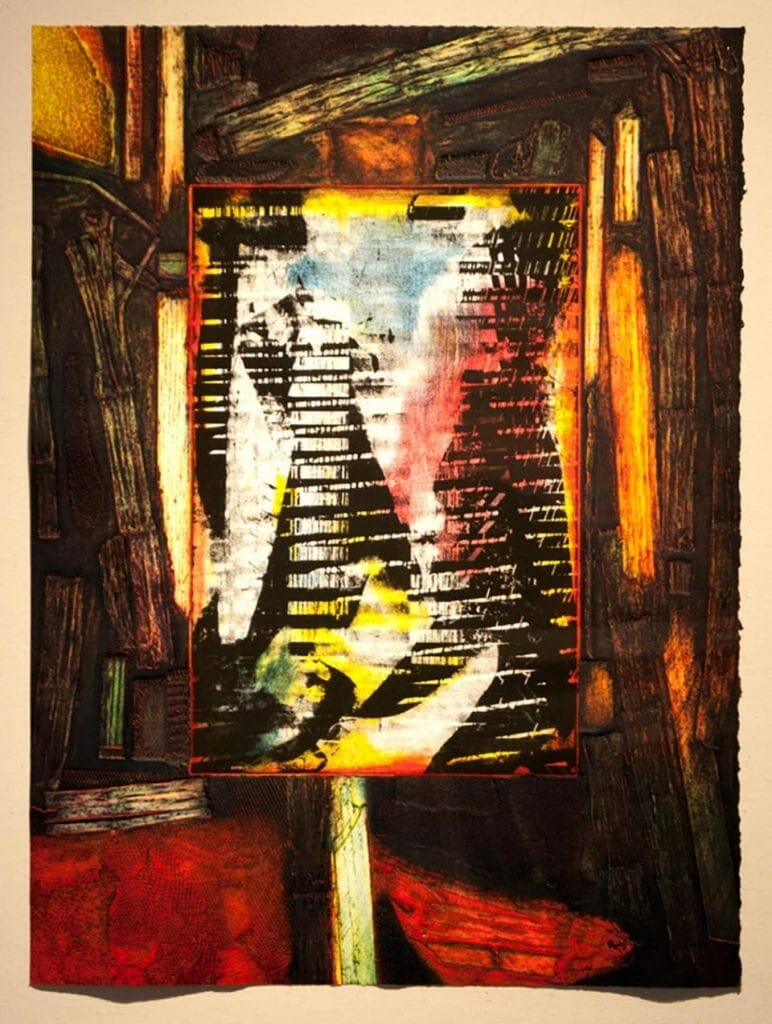 At 80, Wagner is still a working artist. His roots in the visual world are deep, and every aspect of his life informs his passion for design, whether by an artist, an architect or nature. Printmaking is his passion, a tool for creating artwork that lets him layer and experiment with drawing, assemblage, serigraphy, lithography and digital photomontage. Wagner trained and influenced decades of artists at the Atlanta College of Art until SCAD absorbed the school in 2005. He helped start the Atlanta Printmakers Studio and is on its board of advisors. He’s donated presses to the Atlanta Printmakers Studio and The Hambidge Center in Rabun Gap, allowing other artists to create.

Earlier this summer, his work was exhibited in Thread and Ink at Glynn Visual Arts in St. Simons.

“Norman has been the expert in all things printmaking in Atlanta for more than 60 years,” says Stephanie Smith, founder of the Atlanta Printmakers Studio. “What makes him so special, in my opinion, is his incredible generosity, his expertise and knowledge as well as his humility.”

Viewing Through Charlie’s Barn (2002) is representative of Wagner’s printmaking. It was created through several processes, including a collagraph, monoprint and photo intaglio. Each layer required a new plate. The title is a clue to the work’s content: A rectangle within a rectangle is a window into the barn. The color is rich and warm. A sense of sunlight pervades the framing element. Equisetails, Horsetails Flattened (2013), influenced by his time around horses, is a collagraph and assemblage work made of relics from the barn that evokes the experience of being in the barn looking out at the landscape. 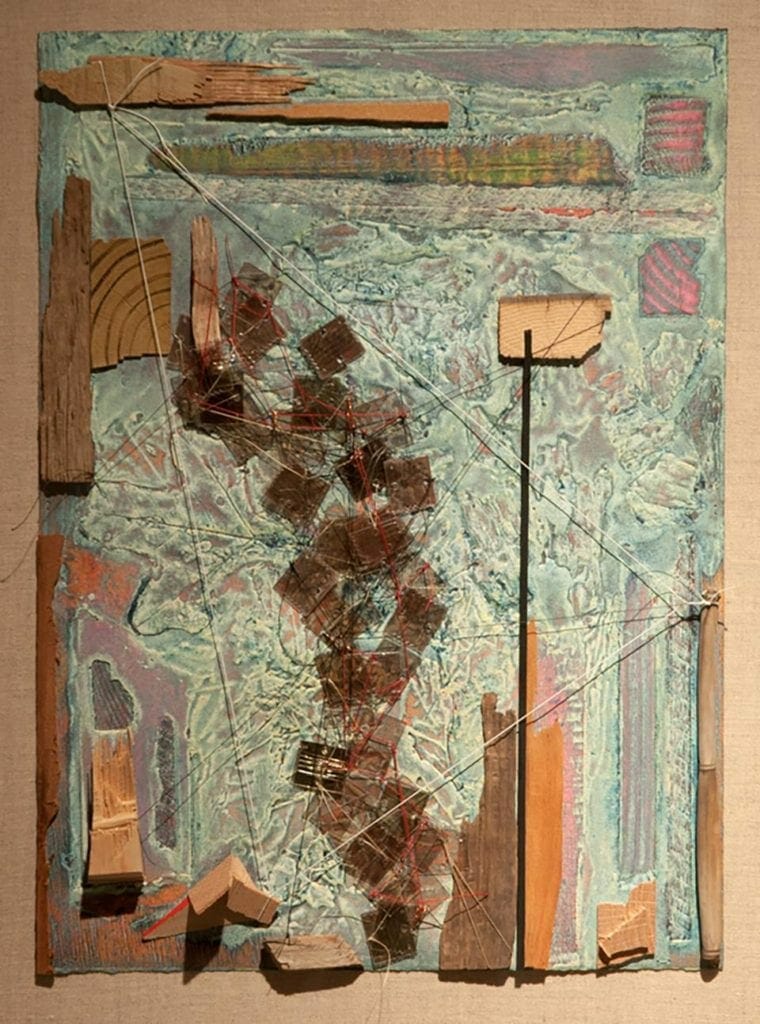 Web of Mishaps (2016), is a collagraph, monoprint and assemblage that measures nearly 26 inches by 21 inches.

A more recent work, Web of Mishaps (2016) — collagraph, monoprint and assemblage — is an aerial mapping of a landscape. Wagner created the dense, textured background by attaching leaves to the collagraph and running it through the press. He plays this two-dimensional space off of three-dimensional objects, such as pieces of wood and string, attached to the surface. The humor and lightness of this work are also seen in his recent, whimsical sculptures. The composition is beautifully balanced in an asymmetrical way, the string a surprising element that creates tension within the work.

Because Wagner’s work is so complex in its layering and incorporation of found objects, it’s important to see it in person. A drive to his studio, down his long, narrow dirt road and past the retention pond, reveals what the artist sees on a daily basis and lets viewers appreciate the environment in which Wagner lives and creates.

“By creating my artwork,” he says, “I attempt to bring significance and meaning to life processes that are at times perplexing.”