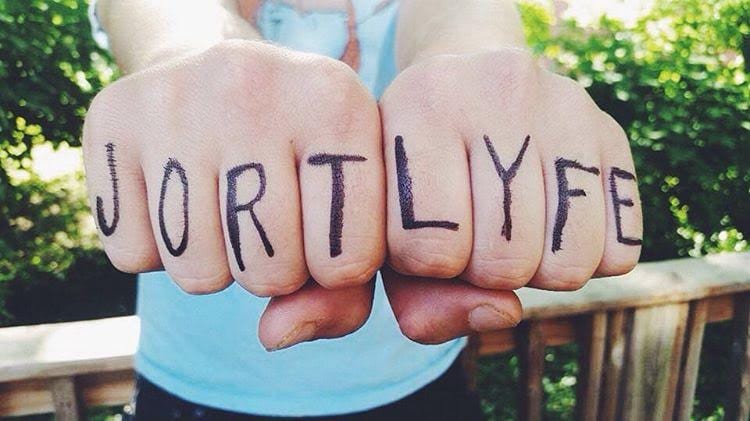 A Preview of JORTSFEST: “Salute Yr Jorts!” and increased accessibility in Atlanta arts

“Always free, always all ages, always accessible” — this is the organizing model of JORTSFEST, founded by Maria Sotnikova and Michael Leon in 2013. As a predecessor to Leon, Carter Sutherland of Sea Ghost is organizing alongside Sotnikova. The two have launched a Kickstarter that, if funded, will play a critical role in making DIY in Atlanta more accessible by purchasing a portable ramp that will travel to spaces as needed — making summer more fun for everyone. This year’s celebration will be taking place on August 20th. and the organizers are still taking applications for performances and events throughout the festivities.

Screencap of video by Josephine Figueroa and Brandon Bristol.

Washed in ridiculous neons and saturated with obnoxious inside jokes, summer is innately hilarious. JORTSFEST follows this amusement to its logical conclusion: “For the past three years, we have had local and national acts come together to celebrate the end of summer and the spirit of everyone’s favorite summertime article of clothing – jorts!” the organizers explain.

The fest was born out of a gag. At the time, Leon was the booking manager for Under the Couch, the student-run music venue at Georgia Tech. Sotnikova explains, “I jokingly said to [Leon] that we should have a festival in honor of jorts. He said, ‘Okay!’ and reserved the first Saturday at Under the Couch that students would be back on campus.” They organized the lineup based on their respective music interests: emo, punk, indie pop and garage rock. The lineup for 2016 will be released at the end of June; interested acts are encouraged to apply through June 13. In curating the lineup this year, Sotnikova and Sutherland have set a  specific intention. Cemented in DIY and accessibility frameworks, they seek gender nonconforming, POC and marginalized representation. Under Sutherland’s influence, this year’s lineup will expand into other genres as well.

These direct-action politics of putting theory into practice are evident in their overall organizing practice. They cover accessibility on all fronts: using ADA-compliant venues, encouraging public transit use, and not charging artists, patrons or vendors. Anti-capitalist, community-centered organizing is the grout of DIY spaces. The ground-level outreach and intentional affordability of DIY calcify the backbone of its constitution.  But DIY spaces don’t always get it right, and they can be especially lacking in their physical accessibility. 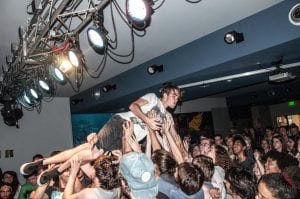 JORTSFEST 2015 at Under the Couch by Robert Mahony

Sotnikova and Sutherland are responding to this oversight with their current Kickstarter campaign. Funds will go toward purchasing a portable ramp, or a customizable ramp that can be transported to various spaces to increase their accessibility. “The idea to fundraise for a portable ramp came from a zine Maria read. The zine was about how a local DIY community held a fundraiser to purchase a PA that could then be borrowed to put on house shows,” the organizers explain. Prizes include mix-tapes, posters by Stewart Harding of No Breaks Records, a video salute (“Salute Yr Jorts!”), and art by local artists Kyle Brooks, Squishiepuss, and Rayne Garnett. For $500 you can even have your name engraved on the ramp. Interested donors have until Saturday, June 11, to help them reach $3,000.

Looking forward, Sotnikova and Sutherland stress the importance of dialogue to increase accessibility. “This year the winner of NPR’s Tiny Desk Contest was Gaelynn Lea, a phenomenal performer that also happens to be a wheelchair user. In a recent interview, she said, ‘There are legitimate artists out there, lots of them, with disabilities. But it’s hard to be included if you can’t get into the venue in the first place,’” they explain — stressing that accessibility is more than a term of inclusion. It requires proactive efforts, a willingness to be challenged and to understand others’ needs, and constant dialogue. Sotnikova explains there is always a way to combat inaccessibility: “Organizers can make accessibility information clearly available on their websites and event listings while attendees can be more impactful by just talking about it. Let’s start a conversation.”