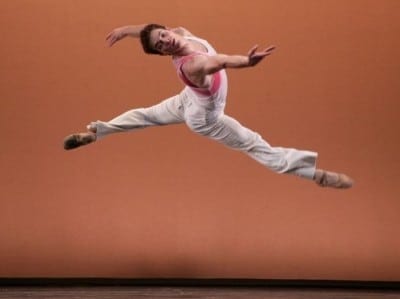 Wheeldon has just left his own dance company, Morphoses, finding it easier to fulfill commissions for large, established ballet companies. Ratmansky is now artist in residence with American Ballet Theatre. Unlike his colleagues, McIntyre isn’t linked directly to any big ballet companies. Instead, he’s blazing a trail with his own troupe, based in Boise, Idaho. Currently on tour, this group of nine classically trained dancers will bring their fearlessness, athleticism, resiliency and emotional truth to the Rialto Center for the Arts this Saturday, April 10, performing three of McIntyre’s ballets. 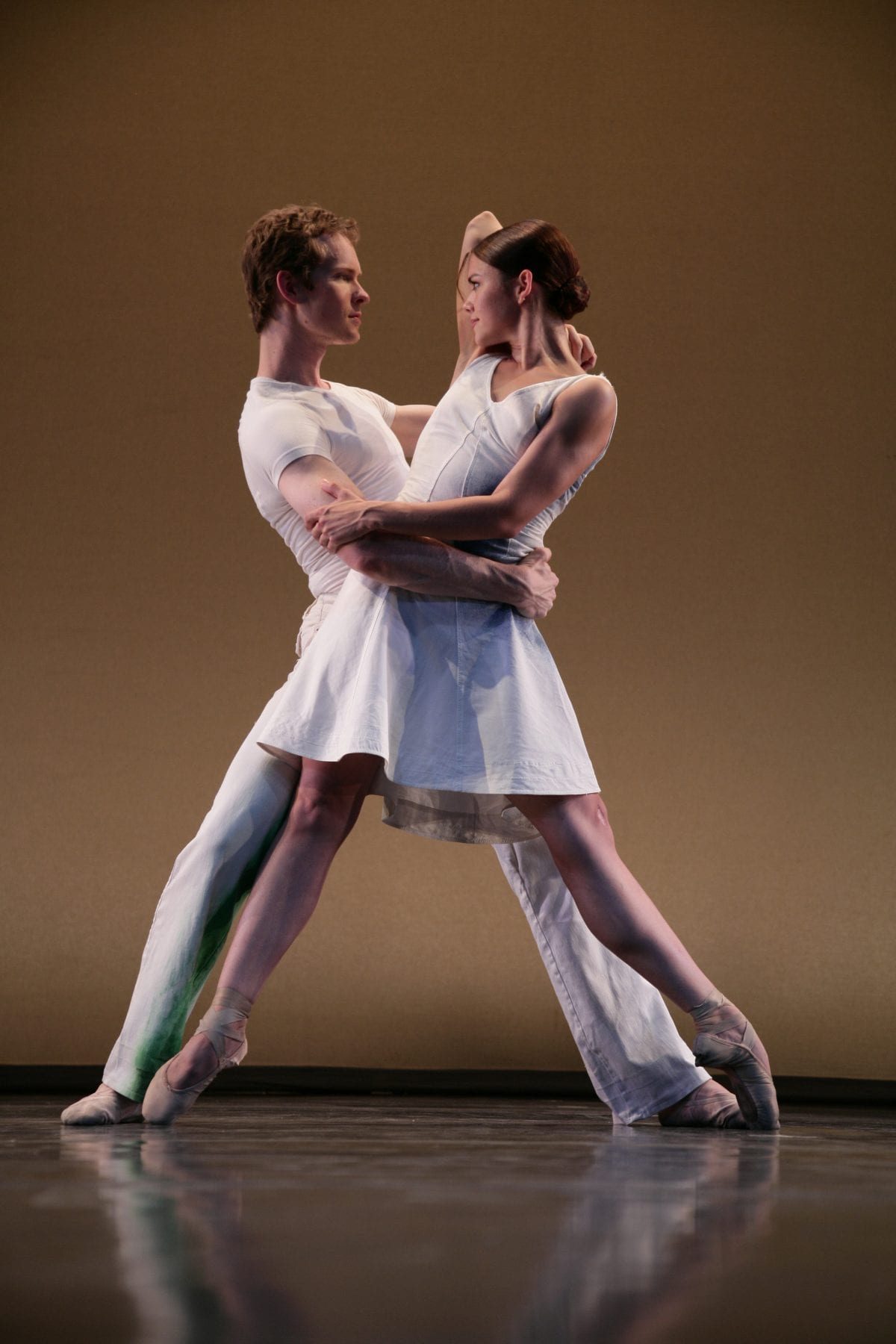 John Michael Schert, a native of Valdosta, Georgia, was part of the Trey McIntyre Project from day one and now serves both as dancer and executive director. He spoke with me last week about McIntyre’s work and why he believes in it.

McIntyre’s choreography pitches classical lines into the distant reaches of wide open spaces, as his dancers’ limbs spring into high, tight angles and stretch from horizon to horizon. With movement that’s vigorously inventive and rhythmically astute, McIntyre taps into emotional frequencies as one image speeds into the next, without narrative logic but somehow inevitably ordered.

McIntyre trained in Wichita, Kansas, and at the North Carolina School of the Arts. He danced with the Houston Ballet, where he began to choreograph and eventually became one of the ballet world’s most sought-after contemporary dance-makers. About six years ago, he formed the Trey McIntyre Project, first as a summer pickup troupe, then, not quite two years ago, as a full-time, year-round company. 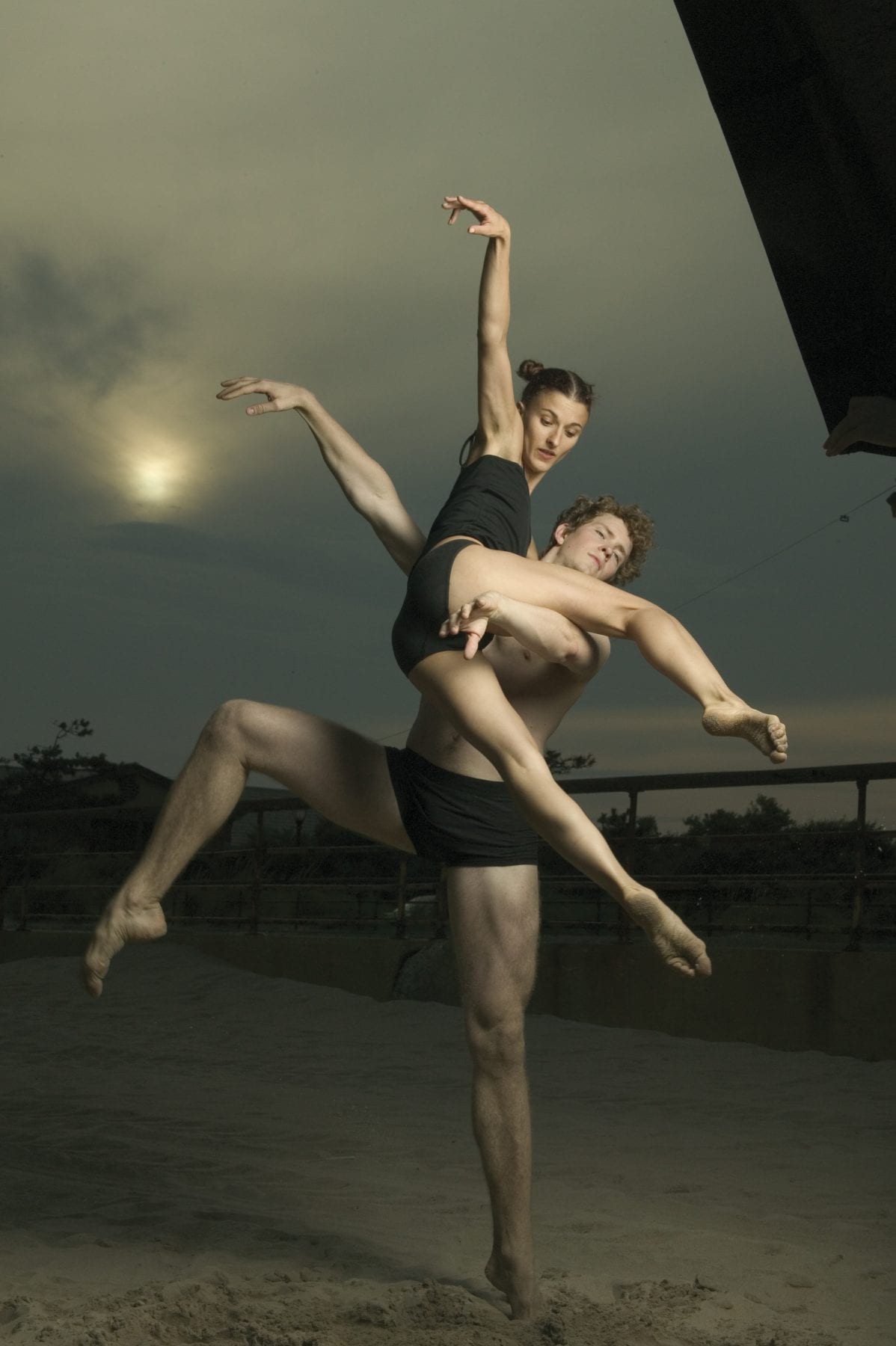 Schert met McIntyre while he was dancing with American Ballet Theatre. Even then, McIntyre spoke ambitiously about forming a troupe that he could work with consistently over a long period of time. About four months later, Schert left ABT for a short stint with Cedar Lake Contemporary Ballet. Schert then joined Alonzo King’s LINES Ballet in San Francisco. That summer, in 2005, Schert, McIntyre and dancer Anne Mueller formed the Trey McIntyre Project. Starting at White Oak Plantation in Florida, the summer pickup company toured several cities, making its mark at the Vail, Aspen and Jacob’s Pillow dance festivals.

Schert has no regrets about leaving the security of ABT. “Working with ABT was a great experience,” he said. “It’s a coveted job. I got to do good roles, I partnered with beautiful ballerinas, but I was not really interested in the classics. I got my fair share. I appreciate and love them … but I wanted to be more involved in the choreographic process.” 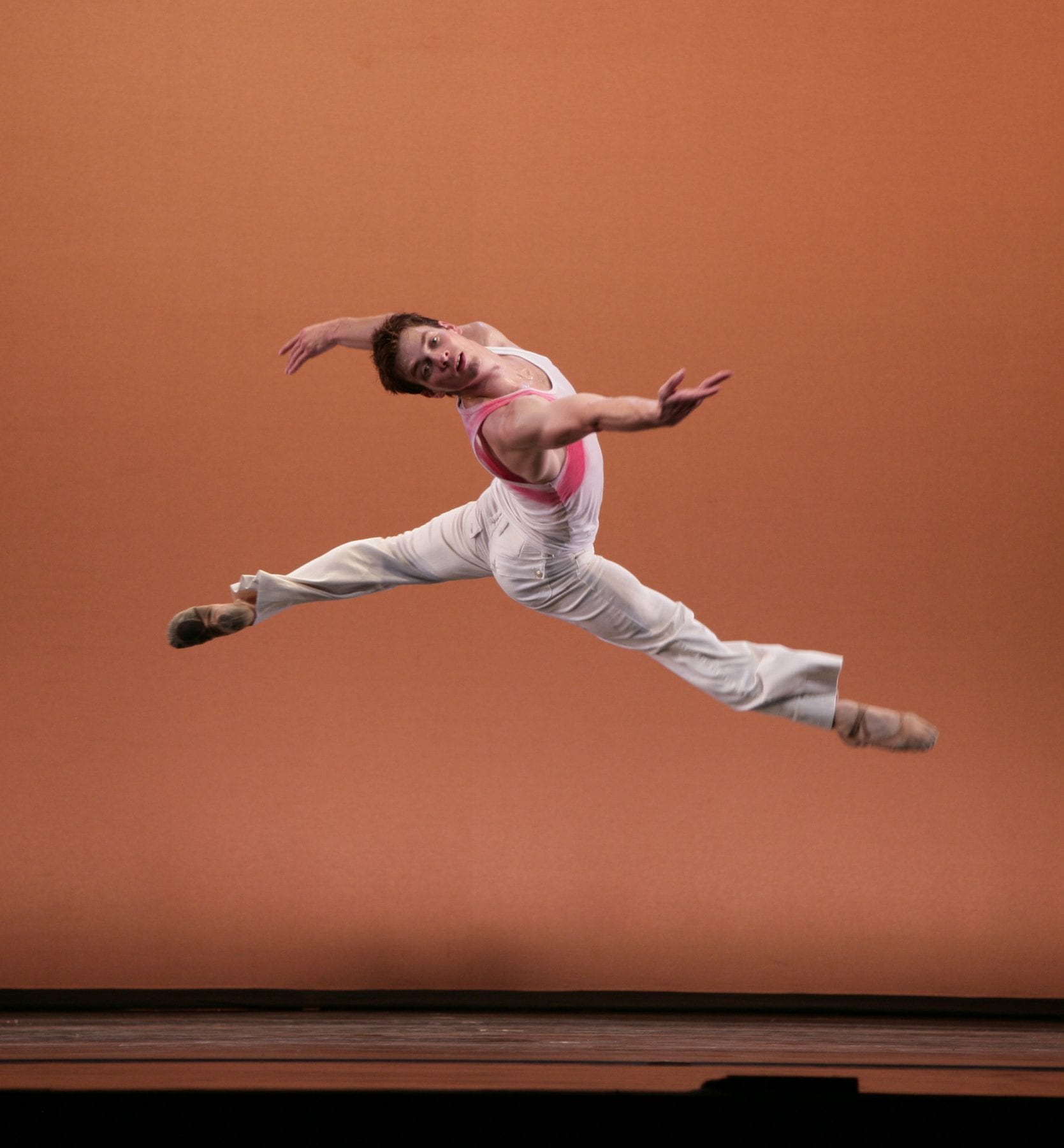 Like McIntyre, Schert is more interested in furthering the art form and in self-discovery through artistic growth. He’s willing to take the necessary risks to achieve that.

“When you leave the protected world and branch out, you tap into your creativity,” Schert explained. “You realize there’s so much more, so many ways of creating and evolving this art form. You can better understand your audience, make dance that really matters in people’s lives. Trey is able to create an environment on stage that’s emotionally charged but not melodramatic. … With Trey, you experience emotion along with the dancers. We don’t pretend to have experience on stage. We strive to have experience on stage that’s authentic and to communicate that with our audience.” (Lower photo: Dylan G-Bowley. Photo by Basil Childers)

Take “Wild Sweet Love,” on Saturday evening’s program. Set to a compilation of music ranging from Mendelssohn’s “Wedding March” to 1970s rock band Queen’s “Somebody to Love,” it’s loosely built around the structure of a wedding: the ceremony, the formal reception and the late-night reception. The stately, supple Ilana Goldman plays the odd woman out, who witnesses and reacts to a series of vignettes that explore different types of love. “Wild Sweet Love” takes the ensemble’s outreach efforts to a new level, as 15 to 18 dancers, recruited from the Atlanta studio Dance 101, will appear in silhouette behind featured dancers to help create the ballet’s scenario and atmosphere.

Schert explained that McIntyre prefers not to impose an opinion on what a piece is about, preferring to let audience members have a unique experience with the work. The company encourages audience members to share their perceptions. Schert feels that it’s important for audiences to realize that what they perceive is valid and real.

Take “Shape,” a seven-minute piece to music by experimental electronic duo Goldfrapp and self-described “choral symphonic rock” group the Polyphonic Spree. Though it’s simply a study in how three dancers interact with red balloons — placed inside a dancer’s shirt, stuck to a dancer’s hands, attached to another’s head — many audience responses are emotional and include the idea of self-acceptance.

“Ten Pin Episodes,” set to a series of preludes by Frédéric Chopin, explores how the human being relates physically to bowling pins — to their precarious balance points, the way they topple and roll, their sensuous shapes and the crashing violence inherent in their everyday purpose.

Commenting on the process of making “Ten Pin Episodes” (see the video here), McIntyre says that the most honest human reaction occurs when you’re off your comfortable path, “in a place where you don’t feel secure.”

Schert agrees. Having left the security and predictability of ABT, he has found himself in a place where creativity thrives. He’s glad to be fulfilling his aspiration, “to be with a choreographer who’s changing and evolving the art form, who’s moving it forward. Trey is an artistic genius who’s making something relevant, making it what is necessary for this era.”