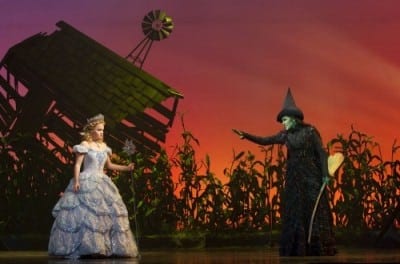 A fantasy for teenage girls and obsessive adults, “Wicked” returns to the Fox

In the summer of 2003, J.K. Rowling published her fifth novel, “Harry Potter and the Order of the Phoenix.” Thousands of young (and some not so young) people, many dressed in costume and almost levitating with anticipation, lined up at bookstores at midnight to be among the first to buy the precious book, then rushed home to devour it in all-night reading frenzies.

Four months later, Stephen Schwartz’s musical “Wicked” opened on Broadway and was met with critical reactions ranging from tempered enthusiasm to borderline scorn, the kind that can close a mega-budget musical. Like the Potter story, “Wicked” spun a yarn about young people with magical powers (including flying by broom) who are gathered in a special school, about the troubles they have mastering those powers as they navigate adolescence, and ultimately their roles in a Manichean struggle of good versus evil. And just as the Potter audience built slowly over time to a critical mass, so the love for “Wicked” — an intense, sometimes obsessive fan love — spread by word of mouth, not only saving the musical from an early closing, but turning it into a musical theater phenomenon that knows few peers. 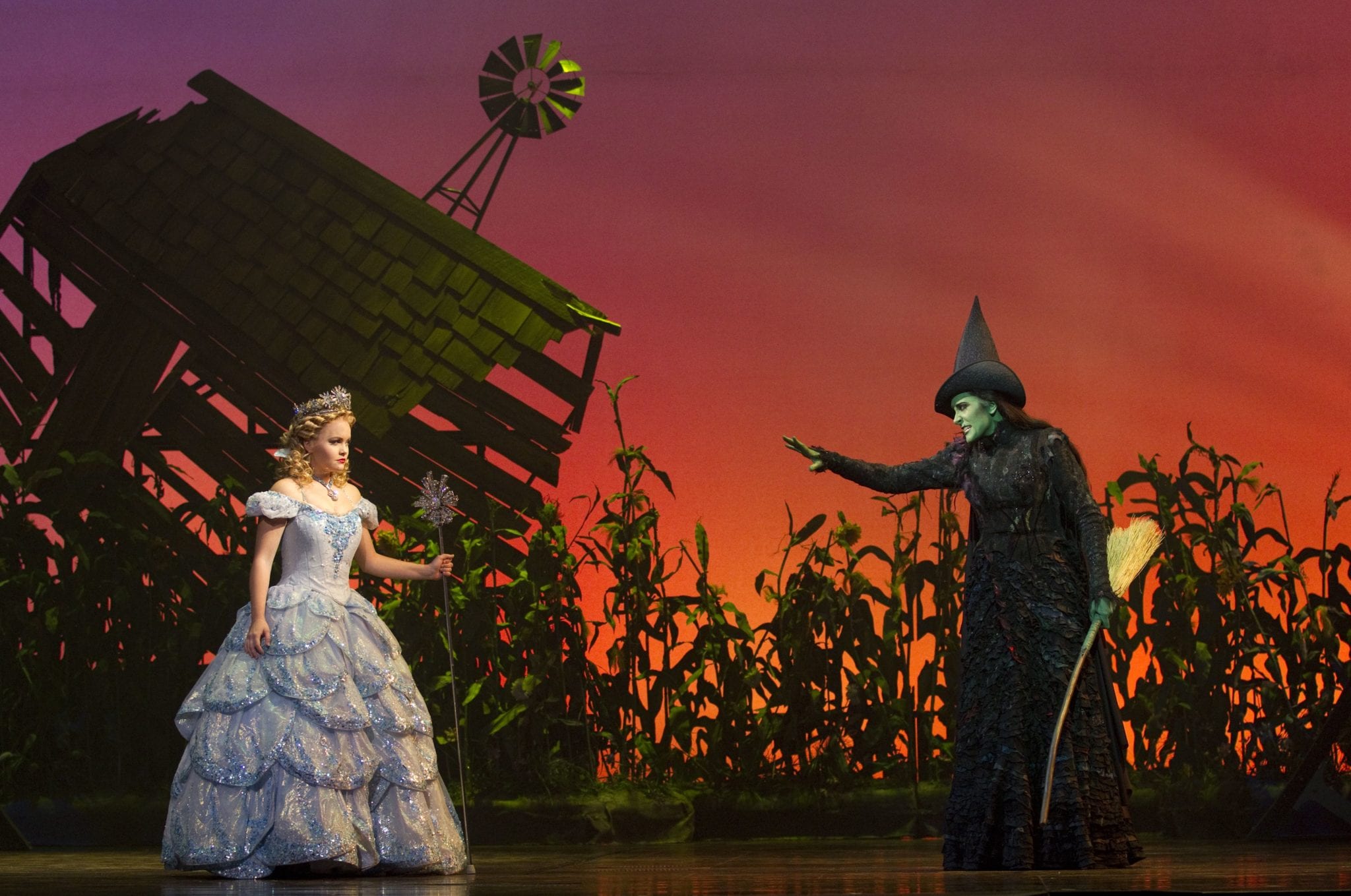 (Before we continue, here’s a quick “Wicked” summary for the uninitiated. Based loosely on Gregory Maguire’s novel, “Wicked” takes the characters and setting of “The Wizard of Oz” and totally reboots and re-imagines everything you thought you knew from L. Frank Baum or the 1939 movie, giving us a sympathetic Wicked Witch of the West named Elphaba, her friendship and rivalry with the annoying witch Glinda, adolescent angst, female empowerment, animal rights activism and heavy-handed politics. Dorothy Gale is a minor figure, and she doesn’t sing “Over the Rainbow;” the heroine here is Elphaba, who takes center stage with the anthemic “Defying Gravity.”)

“Wicked,” which returns to the Fox Theatre for its third Atlanta visit September 14 through October 9 — for tickets, click here — is better understood as a pop culture phenomenon than as simply another entry in the Broadway Across America season. Fan reaction is akin to the love for “The Hunger Games” or “Twilight” series of books, or the ferocity of Beatlemania or Bieber Fever. And as with all of those, adolescent girls are widely viewed as the most devoted “Wicked” fans, the driving force behind its success. 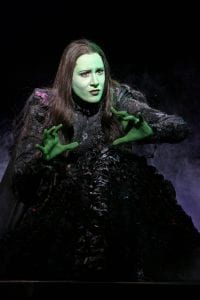 Dee Roscioli as the wicked witch Elphaba in the touring production of "Wicked."

“Teenage girls are run by their hormones, so they’re going to be insane about anything they love, whether it’s a boy band or a musical,” says Dee Roscioli, who plays Elphaba in the national tour at the Fox. “They are just the most vocal fans. It has a level of intensity and a kind of insanity.”

But the musical — as corny and overblown as it can be at times (and the same could be said of the classic movie, as great as it is) — appeals to all kinds of people. “I can see the first couple of rows,” Roscioli says, “and it’s men in their 40s, young women, girls. I saw a woman who looked to be in her 80s.”

The most fervent “Wicked” fan Roscioli has met is an adult woman named Angela who is in a wheelchair and had seen the show, at last count, 47 times. Roscioli has received letters from businessmen who gush about how deeply the show affected them, as well as artwork depicting Elphaba and more variations on green witch tchotchkes than you can believe exist. “People keep coming back over and over,” she says. After the show is over, many wait for her, to talk or ask for an autograph. “They find that stage door like their life depended on it.”

“Wicked” is also a popular subject of Internet fan fiction, a sure sign that a topic in pop culture is connecting with fans at a deep emotional level.

The appeal of “Wicked” to adolescents is similar to that of Harry Potter: the identification of young people with one of their own who is initially an outcast with no social standing, but who begins to discover and tap into magical abilities, growing into a person of immense power. Most especially the power to smite old enemies, or just outshine them.

What’s interesting is how many adults are still unabashedly, proudly, in touch with that tortured adolescent part of themselves. Early on in the Potter series, before it had really caught on, the British publisher of the books printed two dust jackets: one for chlldren and another, with a more subtle and mature design, that adults could read on the London Tube and not be embarrassed that they were reading a children’s book. It’s been only a decade since that happened, but it would not play out that way today. Adults aren’t ashamed to read Potter or “The Hunger Games,” the hot young adult trilogy of the past couple of years, or to go to the “Twilight” movies. And they sure aren’t shy about dressing up for Dragon*Con like Green Lantern or SpongeBob SquarePants.

So if you see someone in the audience for “Wicked” at the Fox slathered in green makeup and wearing a black peaked hat (it happens), don’t assume it’s a teenage girl. It might be her mother. The appeal of defying gravity is ageless.