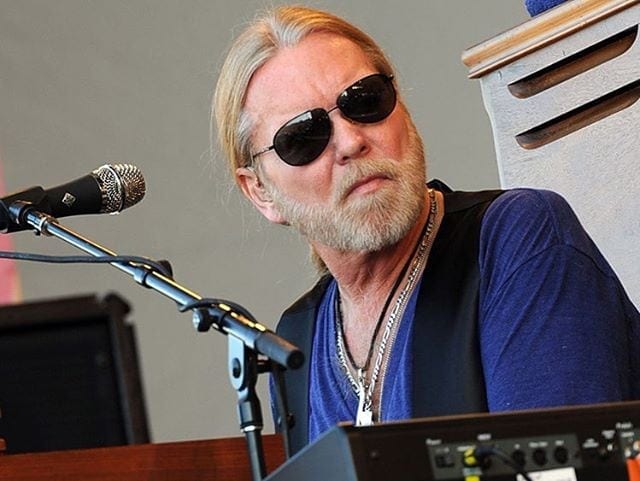 Editor’s note: Gregg Allman, who would have turned 72 on December 8, was frail looking when he gave his final performance at the Laid Back Festival at Aaron’s Amphitheatre at Lakewood on October 29, 2016 — which was, ironically, the 45th anniversary of the death of his older brother, guitar legend Duane Allman. Leading up to that concert, ArtsATL published an interview with the singer where he discussed his health issues and the upcoming release of his solo album, Southern Blood. It would be the last press interview Allman gave before his death on May 27, 2017.

Southern rock legend Gregg Allman brings his Laid Back Festival to Aaron’s Amphitheatre at Lakewood Saturday, performing for only the second time since a health scare kept him off the stage for most of the summer.

Allman, named by Rolling Stone as one of the 100 best singers of all time and the co-author of a recent bestselling autobiography My Cross to Bear, rose to fame as the voice of The Allman Brothers Band. In recent years, since the band announced its retirement, his solo career has taken flight with a Grammy-nominated solo album in 2011 produced by T Bone Burnett (Robert Plant and Alison Krauss, the O Brother, Where Art Thou? soundtrack), and an upcoming album produced by Don Was (The Rolling Stones, Bonnie Raitt, John Mayer) that was recorded in Muscle Shoals at FAME Studios. This is notable because FAME is where Allman’s older brother, Duane, first drew attention as a session guitarist, most notably playing behind Wilson Pickett on his version of “Hey Jude.”

Allman’s Laid Back Festival, named after the title of his first solo album from 1973, will include The Gregg Allman Band, ZZ Top, Blackberry Smoke, Jaimoe’s Jasssz Band, Michelle Malone and Mother’s Finest performing on two stages. Atlanta is one of five stops for the festival.

Allman recently sat down with ArtsATL to discuss everything from his recent health scare to the magic of recording at FAME Studios to the joy of performing at festivals. 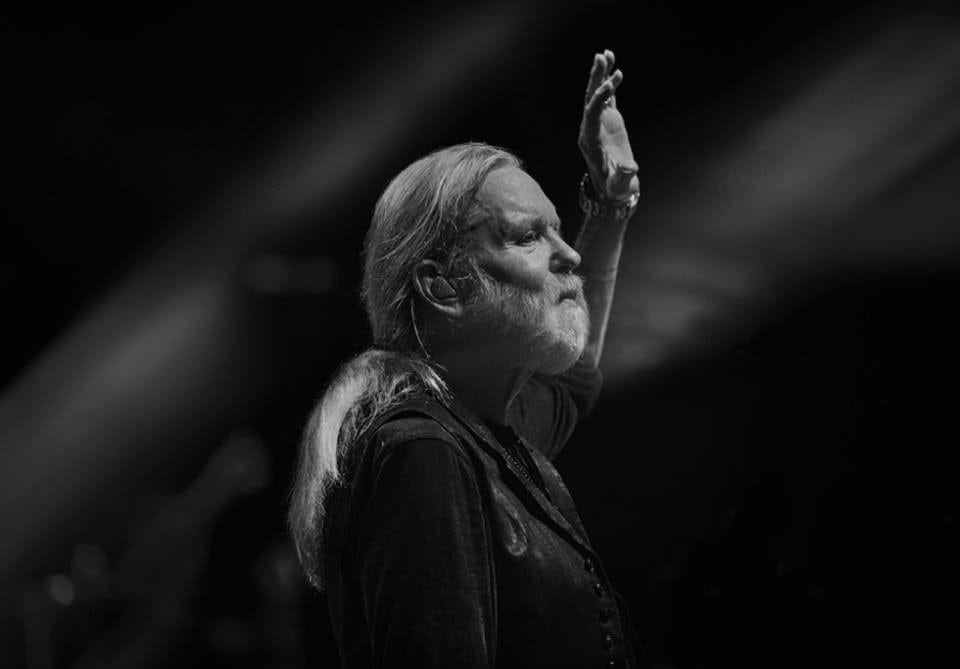 Allman was acclaimed as the premier blues voice of his generation. (Photo by Patricia O’Driscoll/Gregg Allman.com)

ArtsATL: In August, you canceled some of your shows due to health reasons. What happened?

Gregg Allman: Towards the end of my July tour, I came down with pneumonia. It snuck up on me, and then it just flattened me, man. I ended up in the hospital, and I had to cancel a few gigs in July. Eventually, I had to cancel about 20 shows — but I got the rest I needed. Now I’m feeling just fine, and I can’t wait to get back out on the road. It’s really hard for me to stay home longer than a few weeks; I love where I live, but playing music is what I do.

ArtsATL: Your last album, Low Country Blues, used studio musicians, and you haven’t recorded with your own solo band since the ’80s. You took your current band to FAME Studios in March to record your new album. What inspired you to do that?

Allman: It took me about eight years to put this band together, and I couldn’t be happier. Playing with these guys is a gas, man. So bringing them into the studio was a priority for me. You see, communication is the key when you’re recording an album, and we’re at a point now where we can damn near read each other’s minds. It was one of the most rewarding studio experiences I’ve ever had — no doubt about it. Don Was understands the importance of communication, and that’s why he was the ideal guy to produce the album.

ArtsATL: Does the new album have a name yet, and do you have a release date?

Allman: The album is entitled Southern Blood, and while I’m not gonna give too much away, I can tell you that it’s a mixture of original tunes and some very cool blues covers. Southern Blood should be out early next year, and I think people are really gonna dig it.

ArtsATL: There’s so much history at FAME Studios and, particularly, where your brother, Duane, is concerned. How does that weigh in for you when you’re there?

Allman: FAME is a very special place to me; it’s where my brother first made his mark, and it has this unbelievable vibe, man. Rick Hall is still there, after all these years, and it truly was a pleasure to hang out with him again.

Allman: The energy. There’s something about thousands of people singing and dancing and getting into your music that gives you a kind of super strength. I still remember looking out from the stage at Watkins Glen and seeing just an ocean of folks in front of me; that’s a sight I’ll never forget. I love playing small venues because you’re so close to the fans, but a festival is a powerful thing.

ArtsATL: If you had to define the difference in a word, would you then say the festivals are about the energy? And, if so, do you feel this difference gets translated in your music and into the vibe with the audience?

Allman: It’s gotta be the energy; you pick up on it, and it makes the band play even harder. Boy, you never wanna disappoint that many people!

ArtsATL: Do you think musical icons such as yourself should help provide room on stages in order to promote the introductions of up-and-coming musical talent to audiences — as seems to be the case at your festivals?

Allman: I absolutely do; [San Francisco-based promoter] Bill Graham gave the Brothers a chance back in the early days, and that has stuck with me through my career. That’s why I make a point of giving up-and-coming bands — like Blackberry Smoke — a spot on the Laid Back stage. That’s what it’s all about, man.

ArtsATL: Would you say you’re a laid-back kind of guy?

Allman: I would, yes. There’s a reason I named my first album Laid Back; it’s the best way to live.